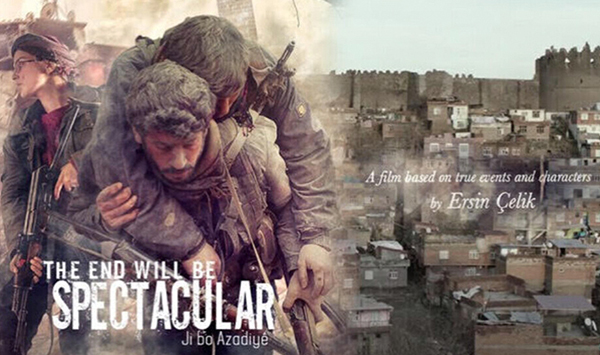 On the second day of Suleymaniyah’s 5th edition of the Suleymaniyah International Film Festive, Kurdish Film maker Ersin Çelik ‘s film “Ji Bo Azadiyê” was pulled out of the program.

Screening of the film had already been forbidden on December 31 2019. The “official” reasons given then concerned the pandemic. But since the film talks about the resistance in Kurdish towns under siege from the Turkish State in 2015, one cannot fail to see a causal relationship, given the very “diplomatic” relationships existing between the Iraki Kurdish entity, and the Turkish regime, and the way in which this entity maintains a persistent policy of closure concerning Rojava. Incursions and attacks by the Turkish army within the Iraki Kurdish entity, under the alibi of pursuing the PKK in border areas, are also an aspect of the tacit agreements with the Barzani regime.

In this context, there is nothing surprising in the exercising of pressures on the festival planning to screen it, and prohibiting the viewing of film considered as “terrorist propaganda” by the Turkish regime, when this same film encounters success on the international scene.

Press release about banning the screening of the film “Ji Bo Azadiye” at the 5th Sulaymaniyah International Film Festival.

The decision to ban the film was made by the directory board of the festival a few hours before the screening. No legit reason or excuse for this ban was provided to us, nor an official announcement about it was released by the festival board in the event as it was not deemed necessary. Due to this, we would like to share all aspects of this topic and its developments.

We, as the Rojava Film Commune, had concluded the production of our film “Ji Bo Azadiye” or “The End Will Be Spectacular” in September 2019. It had its world premiered in November 2019 at the 25th Kolkata International Film Festival, competing for the (NETPAC AWARD). 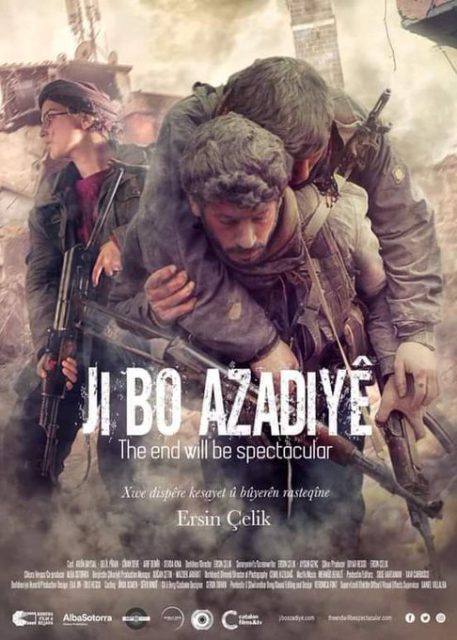 As for the national premiere, we had planned for its first screenings in Kurdistan in both Sulaymaniyah city and in Rojava in Rimelan city. However, the screening in Sulaymaniyah, which was supported by the Directorate of Culture there at the time, and was planned to take place in Salim Cinema on New Year’s Eve (December 31st, 2019) was banned by the Governorate of Sulaymaniyah and the security forces (Asayish) of Sulaymaniyah. Nonetheless, the screening in Rojava took place as per our plans, and after that, despite the COVID-19 pandemic, our film was screened in 20 different festivals around the world and received awards in some of them. In addition to festivals, the film was distributed and screened in many countries around the world, from Japan to Brazil, Taiwan to Spain, and more than 30 countries, without ever being banned.

Our film “Ji Bo Azadiye”, and the film “Blackberry Season” which we co-produced, took part in the festival based on the request from the festival itself. Our administrative members of Rojava Film Commune and the Sulaymaniyah International Film Festival board members have been meeting and in contact since October. According to that, the festival board selected “Ji Bo Azadiye” directed by Ersin Celik, “Blackberry Season” by Hashim Aydemir, and the documentary “Love in the Face of Genocide” by Shero Hinde, for the festival program. On that base, we sent the screeners of the three films to the festival. Later, they revealed that the documentary ‘Love in the Face of Genocide’ would not be screened as it was supposed to be screened at the Duhok Film Festival. Regardless, the other two films will still be screened to compete in the International Feature Films section; and after our confirmation, both films were in the festival’s program.

The festival board members were informed about the ban on the screening of the “Ji Bo Azadiye” film on the 31st of December 2019. This was discussed in our verbal and written chats. At the same time, the festival pointed out that the film premier should uphold in Iraq, and no public screening should take place until the date of the festival

Apart from the films; it was the wish of the festival board for the filmmakers to be present at the festival, thus, official invitations were sent by the festival and our friends and colleagues went to participate in the festival. They had also included visuals and information about our film in the presentation on digital media, as well as in the festival catalogues.

After the beginning of the festival, and on December 18th, 2021 i.e. the day of the film screening, and just a few hours before the screening; the board reported that “Since the film is a 2019 production, it will be taken out of the competition on this category and it cannot not be screened today”. This was verbally stated to our friends who are participating in the festival.

Of course, this was not the real reason behind that! We would have take the excuse into consideration if it was a new, but we have discussed it with them from the very first moment. But as we mentioned above;

We did not submitted the films to the festival, but the board of the festival requested and selected the films itself
The festival board members knew that the film was banned in late 2019. Therefore, it could not possibly be produced the year after!
The application for the films submissions are done through “Film Free Way” platform. And there are no regulations as such regarding the production year of the films, and no such regulation was ever mentioned in our meetings.
There are 2019 production films in other categories of the festival.

These issues were all discussed in detail in our meeting yesterday, and in order to not deepen the problem, we told them that “It does not matter to us whether the film is in the official competition or not, but we want the screening to take place timely, as was planned.” But by no means were they close to a solution, which could be a sign that some developments had taken place in that day itself. There was also some information going around at the festival area that there was an “external” influence on the directory of the festival. Even without this information, the things that happened alone clarified the situation.

Furthermore, we would like to draw your attention to that in the “Feature Film Competition” section, which is the main section in the Festival; out of the 16 films selected; only two films were made in Kurdistan and their languages are Kurdish, and they were our films “Ji Bo Azadiye” and “Blackberry Season”.

Because of all this, we, as the Rojava Film Commune, criticize and protest this act which is first and foremost far from the morals and ethics of art, far from the ethics of cinema and film festivals. We discussed this with our people who we collaborate with; friends, artists, collectives, and companies we worked with. As a result of these discussions; Since this Festival is not a “free art platform”, we have withdrawn our second film “Blackberry Season” as well.

We urge the festival board to make a statement to the public about this incident. We call them to explain this ban that that happened in the intellectual capital of Kurdistan, to the people and artists of Sulaymaniyah city, the guests of the festival, and the public of Kurdistan.