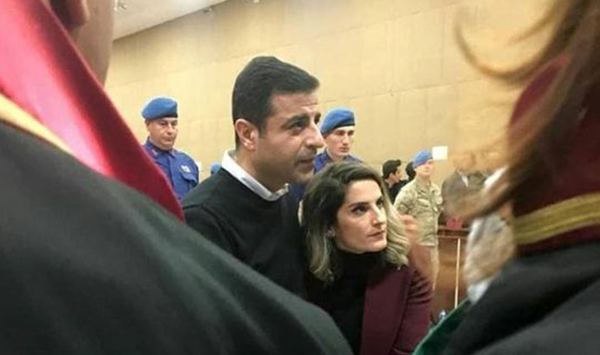 Translation of the article by Uğur Güney Subaşı, published in Turkey on November 21 2020 in Politikhane.

We are stretched out on the operation table, like a “bodiless” patient who, because of the anesthesia not having produced its intended effect, remains conscious; a patient who knows, who hears, who even sees what is going to happen; but who, despite this, because the body has fallen asleep, cannot react to the pain or to the pains soon to be administered. As if we were not only the patient of the doctor everyone knows, the one whispering in our ear that he is the only person who can cure us, who then proceeds to lacerate, savagely hack away at our human organs starting with our heart and our mind, our virtues, using his own methods; but as if we were also corpses devoid of resistance, of emotions, silent, on which students practice in their final year of medicine! Our “humanoid”-like bodies show no sign of life, while demonstrating that we are human beings who, despite our tears mistaken for sweat and wiped away, possess fears, dreams, loves, revolts.

I observe with sadness our collective insensitivity, our indifference, our resignation stretching out on large portions of society, slowly, like an ink stain fallen on the ground. The worst is our state of mind and body, accustomed, rendered accustomed; there are not too many possibilities left for social support being offered to Kurds; the support they are justified in expecting from us and, it must be admitted, that they deserve, emerging from the dusty ruins of the lives of suffering that have landed on their heads, morphing into a mountain of flesh: resisting, alleyway by alleyway, avenue by avenue, square by square, no matter the cost, against endless illegalities exerted by a cruel authority and a State with a hateful face; and trying to make known at the world level all the legal assassinations committed with premeditation against all of their political representatives, starting with their charismatic leader. I can bear witness from up close.

For the current power structure in Turkey, having long discovered that their countrymen have no use for rights, for Law, for democracy and freedoms, especially when they involve Kurds, Alevis, non-Muslims, have proven time and time again, through policies based on sectarian and racist historical hatred, instilled in Muslim Turks’ DNA, with no distinction between believers or Kemalists, that it is extremely clever in maximizing its own political and economic objectives.

Starting from this premise, even if the picture appears serious for the Kurds, I think that this people no one has succeeded in “bringing to its knees”, of “pushing into the ranks”, and that has demonstrated determination and obduracy from head to foot, is not alone and hopeless, as one might think, hope, and plan to shove around and assault. I think that they eyes filled with suffering, with disapproval, with anger filtered out of a dignified life which has been transfigured into years of hell, will provide the raw material, the cement for their determined posture. I experience this as a possibility for us to escape the bloody circle of this hopeless country fighting desperately in the awful swamp of racism and sectarian confessionalism in which , the more it struggles, the deeper it sinks; that this may be a hope for us, even if only a speck, a hope for a human breath.