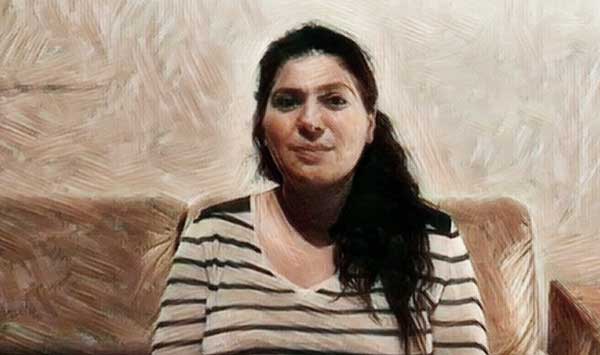 Yasemin Çakal who is my guest on a second reportage, part of a series titled “Portraits of women in exile“ I am preparing for Kedistan, calls on women to solidarity around her own experience.

In Turkey, according to the 2019 report prepared by the “Kadın Cinayetlerini Durduracağız” platform (which we could translate as “We Will End Feminicides”) 474 feminicides were recorded. In 2018, that figure was of 440 and it turned out that all the perpetrators were close to their victims. And of course, all the victims were women who had asked for protection from State institutions.

Yasemin herself found herself sitting in the  box of the accused  by killing her companion so as to protect herself from his violence and not become yet another number in the statistics of women assassinated by men.

Following this, Yasemin faced justice with the solidarity of other women which allowed her to benefit from reduced sentences. At the time of her liberation, Yasemin saluted women with a slogan, in her maternal language and for this, she was sentenced to fifteen years in prison.

Today, Yasemin awaits with her child the acceptance of her asylum request in a refugee camp in Switzerland.

An important point: the Swiss migration bureau considers Yasemin’s asylum request not to be politically-motivated, but based on humanitarian grounds. I wish to clarify that in Switzerland, humanitarian requests receiving a positive response give access to a “temporary residence permit”, known as type “F”,  with extreme restrictions not authorizing the person to leave the canton where she was admitted, for example, and even less to travel outside the country… To be renewed every year. Thus a very restrictive status, compared to that of a political refugee.

Yet, the women had chanted that Yasemin’s cause is a cause for all women. That it represents a path of opposition against violence on women in Turkey. “Violence done to women is political.”

Having underlined this point, I invite you to listen to Yasemin! 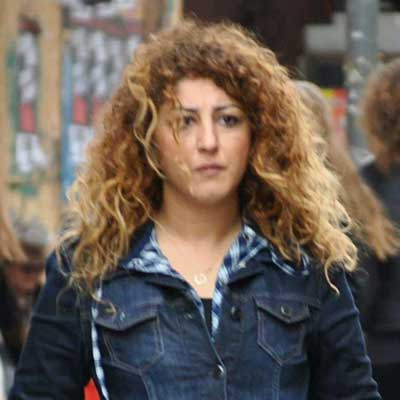