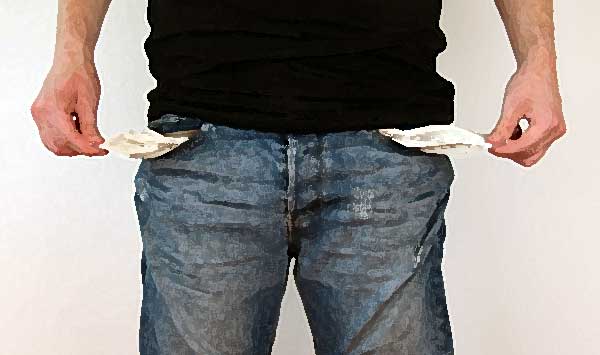 It’s hard to tell who, of some European budget ministers in France or elsewhere, or Erdoğan in Turkey, was the first to have the nerve to ask his co-citizens for financial aid in the form of a national appeal around the coronavirus crisis. We will simply confirm the validity of the verdict: “A schmuck will try anything…”

In any event, on March 30th, Erdoğan launched a live appeal for donations. In a campaign titled “Biz bize yeteriz Türkiyem” (We’re self-sufficient, my Turkey), he led off with the hashtag #bizbizeyeteriz and the following declaration: “I’m starting by donating 7 months of my salary.” 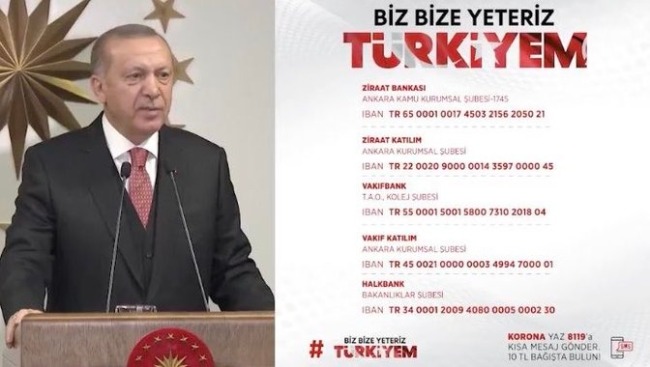 Immediately following on this appeal to Islamic charity, appealing to the people to fight against the coronavirus crisis, another hashtag appeared: #zırnıkyok which could translate as “zilch, nada!”. This new hashtag started trending with #hükümetistifa “government resignation” which occupied second place, world-wide, with 12,7 thousand Tweets.

Don’t put your trust in individuals presenting themselves as President on live TV and asking for money. #zırnıkyok

“What is this calculation?” asks another tweet. Specifying: “Our President’s salary for 7 months is 568 thousand Turkish lira, total. Daily expenses at the Palace add up to 2 million Turkish lira.” #zırnıkyok

Those who want to help. Find the truly needy yourself. I put no faith in this. #zırnıkyok

Those who should be clearing the table, those who scrape the last bits off the plates, who siphon off all of the State’s resources and see their tax debt erased in a single night. #zırnıkyok

Those who erased millions of dollars worth of debt from their allied firms now ask the people to give…#zırnıkyok to those who robbed us.

Send your IBAN to these 20 firms who enriched themselves on our taxes. #zırnıkyok

If you were to start your campaign with these guys, you wouldn’t need donations from anyone else. #zırnıkyok 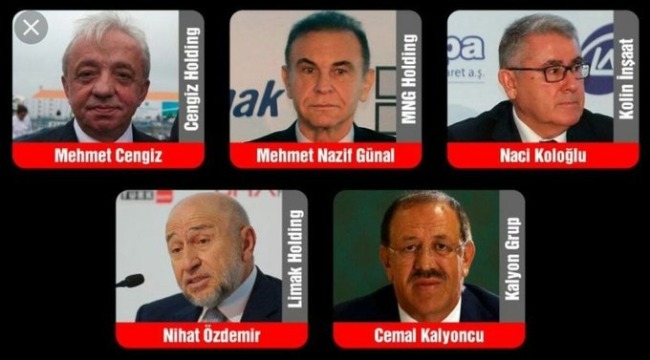 Mehmet Cengiz, had of Cengiz Entreprises, a close ally of Erdogan’s who “carries off” practically every bid on useless and destructives projects, such as hydroelectric stations or megalomaniacal projects such as Canal Istanbul is particularly targeted. Social networks had lit up already when a phone conversation revealed him speaking about a project he intended to win, and saying “we’re gonna stuff it into this Nation’s pussy.” 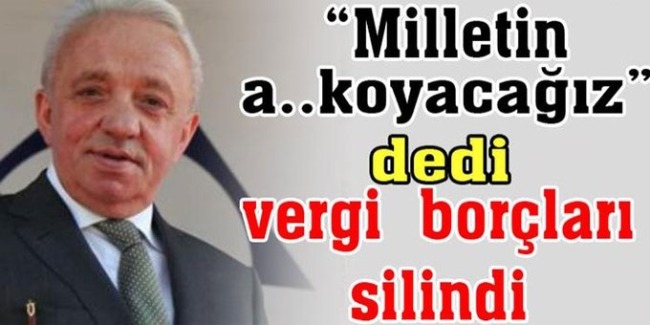 He said: “we’re gonna stuff it into this Nation’s pussy” and sees his tax debts erased.

The sum of immunotherapeutic medicine you declared giving to cancer patients in 2017, but never gave, adds up to 500 000 Turkish lira. Pull the money out of your pockets where you put it by massacring people with your disgusting health system! #zirnikyok

I accept the challenge and donate my prayers. #zırnıkyok

Right after my prayers. Have a good evening. #zırnıkyok 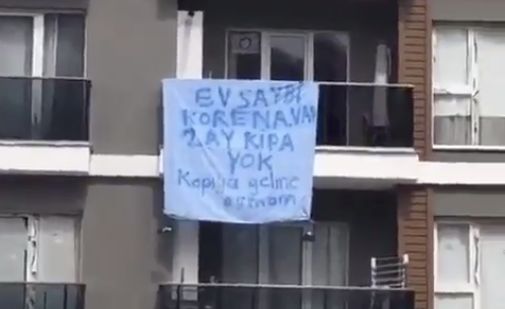 “Landlord, there is corona, means no rent for two months. Don’t come to my door, I won’t open it.”

If only we had some…But here is our situation. #zırnıkyok 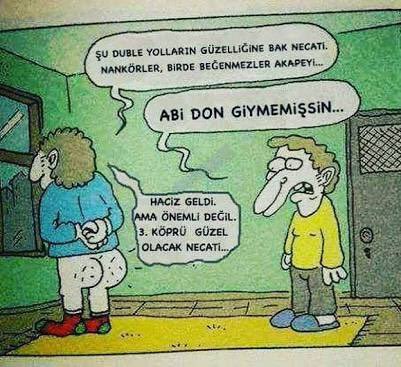 – Admire the beauty of these highways Necati. Those ingrates, they are not happy with the AKP…
– Brother, you’ve got no underwear!
– I had a foreclosure, but it doesn’t matter. The third bridge on the Bosphorus will be magnificent, Necati. 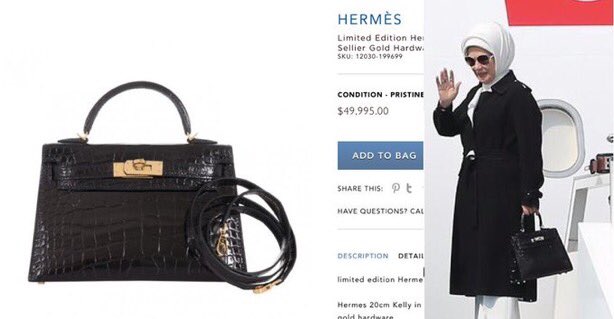 Share the budget with Diyanet (Religious Affairs, the equivalent of a Ministry). We expect the 2020 budget of 11,5 billion Turkish lira be donated. Moreoever, the 95 000 religious employees out of work at the moment, since the mosques are closed, go on receiving their salaries. #zırnıkyok

Imam without an IBAN #zırnıkyok 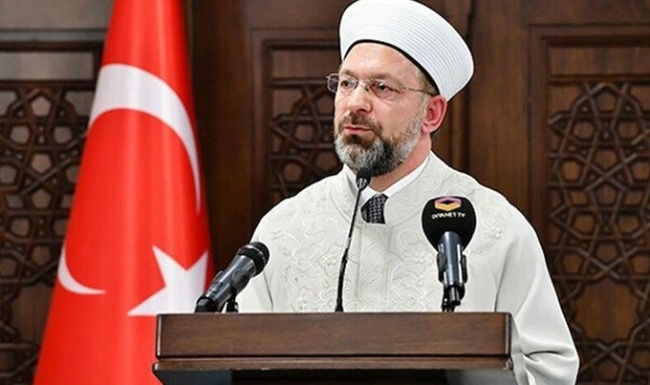 Sell the Audi Longs you bought as official vehicles. They are worth 300 Turkish lira each. #zırnıkyok 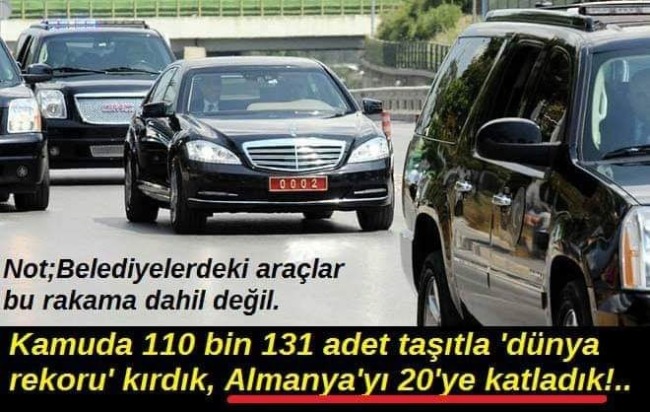 We’ve beaten the world record with the purchase of 110 131 official public vehicles. 20 times more than Germany! (The vehicles used by City Halls are not included in the tally.)

The people say #zırnıkyok and share their IBAN. AKP trolls, you hold the key. Donate 10 Turkish lira from your illegal salaries. The problem will be resolved.

Says one tweet, addressed to the thousands of “AKtrolls” salaried as civil servants.

Kemalists also get their share of the drubbing in response to the appeal. With the evocation of a campaign from 1963:

You collected money for a statue of Atatürk! You donated for that… 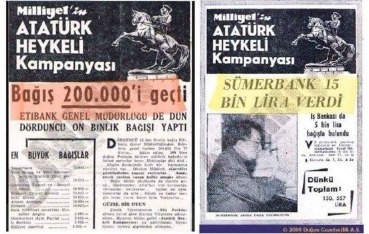 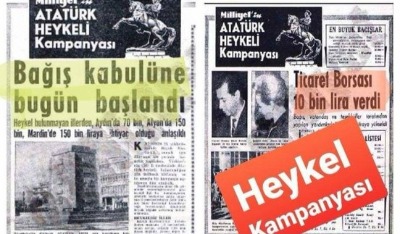 But, by the same token as was to be expected, the migrants get their share of tweets, from Erdogan supporters but not only…

You spent 40 billion dollars for the Syrians, but nothing for Turkish citizens? #zırnıkyok

You fed those hordes of dogs for years and now you ask for money?
(The tweet is shared with a photo of Syrian migrants…)

A photo of Erdoğan saying to his daughter Sümeyye, his advisor: “Tell Bilal not to make a mistake, I’m not donating 7 months of my Presidential salary, but my pension. Be careful, daughter.”

This is a reference to the “shoebox scandal”, those millions found in Ministers’ homes… Phone recordings had leaked in Turkey, Erdoğan telling his son Bilal – not the smartest puppy in the litter – to “bring the boxes down to zero”, and to ask Sümeyye for her help in transferring the money. 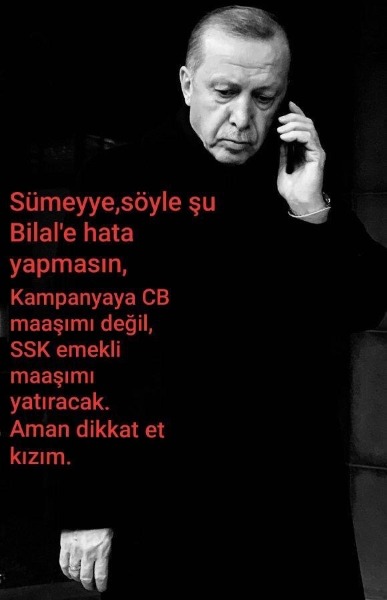 Just as a reminder… In 2018, following a presidential decree published in the official gazette, Erdoğan was designated as President of “Sovereign Funds” and his son-in-law, the Treasury and Finance Minister Berat Albayrak was named its vice-president. In February 2017, the Turkish government decided to place tens of thousands of dollars of public funds into the Sovereign Fund, just as tens of thousands of dollars had been placed in it in order to fund major instrastructure projets. The major part of the governmental shares of privatized firms are transferred into this fund.

Other news today for Turkey, Hakan Gülseven, author and journalist of the Independent – Turkey, was arrested and taken into custody. He announced his arrest on his Twitter account:

I am presently being taken into custody by the antiterrorism police, for having created the hashtag #zırnıkyok. I suppose I will be brought up before the Prosecutor. This is democracy!”

Hakan Gülseven was liberated a few hours later and he has continued sharing his tweets.

Obviously, there is not appeal to hatred. Criticizing those in power is transformed into a “crime”. They want the people to be afraid, so they will not talk. Freedom of thought and of expression feature in the Constitution, no one can shut us up. We will not submit.

If there was even one ounce of “crime” in what I wrote, I would be in jail. The fact policemen show up at my door for a non-existent “crime” is totally for intimidation purposes. It is also an agression. In our short lives, we have known the State well, but the State can’t manage to recognize us. Of course, they can’t do anything other than intimidate.

What we are subjected to is nothing but the twitch of the ear for the camel. Selahattin, Figen and the two Barış1Journalist Barış Terkoğlu and Barış Pehlivan, editor of Oda TV are now hostages. Thousands of political “culprits” are in Turkish jails on phoney charges. We who are outside, will act so that those in prison don’t hang their heads. To the point of joining them, if necessary…Let that be their problem.

If there were some across the world who, seeing the great upheaval caused by Covid-19, thought that soon “nothing would be like it was before”, considering how they are preparing their exit from the crisis and knowing that the political world could sway in the storm, we can state that authoritarianism, like that in Turkey, has great days ahead of it and, confronting it, stands the spirit of resistance. As always.