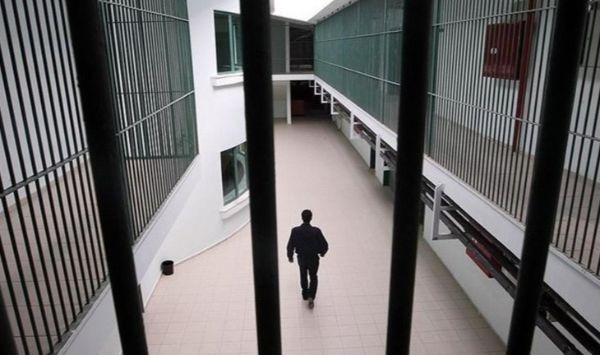 Turkey’s Ministry of Justice is working on a number of judiciary reforms in order to free approximately 100 000 detainees, in order to avoid the propagation of the Covid-19 virus inside prisons.

However, these reforms will not include political prisoners – not even those currently in preventive custody for so-called “terrorism” or “propaganda”, nor aged and/or ill prisoners, nor mothers incarcerated with their children. In other words, thousands of victims of the “purges” will not benefit from these measures.

Moreover, the possibility that authors of crimes of violence against women and children might be released has caused tension in public opinion. “Even if sex crimes were not included in nor exempt from the sentence reductions, the law should explicitly say so”, Hacettepe University Law School lecturer Prof. Kadriye Bakırcı said to Gazete Duvar. As with previous reforms, some procedures could benefit authors of this type of crime. “Even a law with exceptions can be overlooked by the Supreme Court on the grounds that it violates the equality clause of the Turkish Constitution”.

Having recourse to the “criterium of violence”

The President of the Center for Human Rights of the Ankara Bar Association, Kerem Altıparmak, also criticized to Birgün the  exclusion ofso-called crimes of “terrorism” from the many reforms to be submitted to the National Assembly.

For the umpteenth time, he draws attention to the fact that, in Turkey, the notion of “terrorism” is arbitrary, imprecise, and the routine recourse to it results in serious consequences:

“A person who has never in his or her life held a gun, who has done nothing other than write books can be declared a “terrorist” and sentenced much more severely than the individuals who have committed violences. We must refuse any measure further exacerbating this discrimination.

In accordance with the decisions of the Court of Human Rights and other international organizations defending human rights, my proposition is to stop the use of the arbitrary and imprecise notion of ‘terrorism” and an end to the sentences of those condemned on these grounds under current conditions. But, of course, this is a long term expectation. In the short term, I wish to say the following: there are in fact two types of crimes subsumed under the notion of “crimes of terrorism”. One consists of the crime of “belonging to a terrorist organization” and the other covers crimes committed by members of organizations. When the crimes were committed in the name of an organization, the sentences should be different. For example, killing someone in the name of the organization. For this reason, it is possible to distinguish crimes labelled as “terrorism” into two separate groups. Those having used violence, or not. The greatest number in the second group are detainees who were sentenced solely for belonging, supporting a terrorist organization, without having committed the slightest act of violence. Under the Turkish Penal Code, authors of non-violent crimes, whether committed in the name of a terrorist organization or not, are equal.”

In other words, according to these same principles, only those authors of crimes committed with the use of violence, whether committed in the name of an organization or not, should be excluded from benefiting from the reform.

A  petition for political prisoners

Ömer Faruk Gergerlioğlu, a deputy from the Peoples’ Democratic Party (HDP) and a member of the commission of inquiry on human rights has launched a petition. It is addressed to the President, to the Ministers of the Interior and of Justice, as well as to the National Assembly.

You will find  versions in Turkish, English and German on Change.org

No Discrimination in the Judicial Reform Package

Our country and the world are going through extraordinary times. As a rapidly spreading virus has concluded mass killings, governments have been taking severe measures aimed at ensuring public health and minimizing the loss of lives. For this reason, it is imperative to urgently take steps for Turkey’s prisons, where more than 300,000 prisoners are locked up, and some 150,000 prison officials are working.

Turkey’s incarcerated population has surpassed the country’s prison capacity by 100,000 people. The prison facilities lack adequate isolation, hygiene, nutrition, and treatment capabilities. This situation poses a grave threat to the right to life of all the prisoners, which the state is under a constitutional obligation to protect.

Primarily, all sick, elderly, women and infant prisoners should be urgently released. And the judicial reform package, as well as the penal execution bill, which are expected to be put on the Parliament’s agenda in the coming days, should be designed in line with the constitutional principle of equality.

In a situation that requires the release of prisoners as a matter of safeguarding the fundamental right to life; a regulation that keeps behind bars intellectuals, politicians, artists and others who were imprisoned for “terrorism” for tweeting, writing or making music; will lead to further wounds in the public conscience.

As international organizations have been warning, tens of thousands of people today continue to face terrorism-related charges, which are in clear violation of principles of legality, predictability, lawfulness, non-retroactivity.

Tens of thousands who have not been involved in or promoted coercion and violence, have been accused of leading, being a member of or supporting terrorist organizations.

Tens of thousands who have had nothing to do with the criminalized actions have been investigated and prosecuted simply based on their views, in complete disregard of the individuality of the criminal responsibility.

In order to put an end to this unlawfulness, the anti-terror legislation should be relieved of ambiguity in a way to protect all individuals who have not been involved in acts of violence from terrorism-related charges.

A teacher was imprisoned for “disseminating terrorist propaganda” simply because she said, “Children should not die!” Hundreds of scholars known as “Academics for Peace” were arrested and sentenced to prison for urging the warring parts in southeastern Turkey to end fighting. They signed a declaration that said, “We will not be a party to this crime.”  Thousands continue to be held behind bars for expressing their views.

We demand the release of those in pretrial detention over such accusations in order to protect their right to life, either through the judicial reform package to be reviewed by the Parliament or through rulings to be directly delivered by the courts. As for those who are convicted, they should be able to benefit from the amendments. We also demand the removal of problems related to the anti-terror laws that are the root cause of all these injustices.