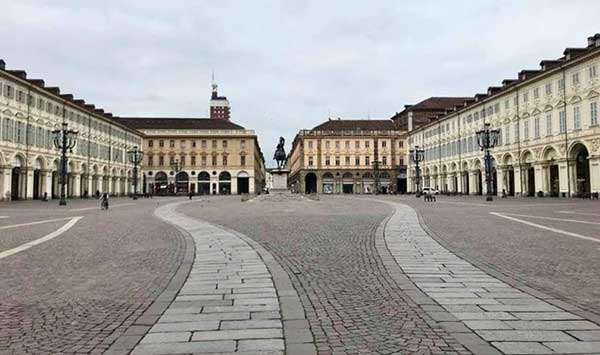 Two days ago, Murat Çınar, a journalist residing in Italy, published information on the daily aspects of the coronavirus epidemic.

Since then, the situation has evolved everywhere in Europe.

Italy is the European country most impacted currently by the new generation Coronavirus (Covid-19). As of March 12, 12 839 people were diagnosed and of these, the illness had caused the death of 1 016 people.

In his declaration on the evening of Sunday March 8, the President Giuseppe Conte, announced a quarantine extending to the whole country, “we declare the entire country a red zone,” he said. No trips are authorized, except if motivated by previously confirmed professional and medical reasons. All cultural, sports and social activities are cancelled. People cannot leave their homes without specific passes and for those who work, the obligation exists to do so from their home whenever possible.

So what is daily life like in Italy? What has happened since the appearance of the first case a month and a half ago? How do the media and the population see the progression of events? 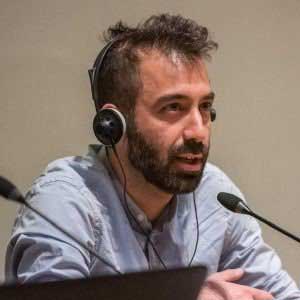 Journalist Murat Çınar lives in Torino, neighboring Lombardy, in the North of Italy where the greatest number of cases have been observed.

First encounter with the virus

The first case was revealed on January 30 with two affected Chinese tourists in a hotel in Rome. They were immediately quarantined and treated.

At that time, the government did not provide health information and the population had not yet understood the seriousness of the situation. There were no warnings such as “these persons may have transmitted the virus, be cautious.” This went on until February 21 in the Northern Lombardy region of Italy where suddenly, cases began appearing rapidly; two in the morning, then, five, then nine in the evening. Since that day, we have been in the current situation.

This is the richest region in Italy. Moreover it is also the region with the most contacts with China both economically and in terms of tourism. And indeed, 76% of the deaths occurred in Milan, Lombardy’s capital. Currently the 14 large cities under quarantine serve as a buffer zone around Lombardy.

But the structure of media has changed also. One could even say that Whatsapp is a new media source. Fake infos, fake images and sound recordings abound. “I am a doctor working in such and such a place… The situation is catastrophic,” that type of sharing keeps on spreading. In Turkey, events will probably play out in the same way. And people in whom you trust, or that you call “journalists” spread these things. This reached tremendous proportions in the last week. I had to block several people for that reason.

Informing without a conscience, or focalisation only on the negative is not beneficial. For example, currently, the number of patients being treated is increasing. By omitting coverage of the topic under that angle, fears increase.

Panic in the population

Finally, many people are seriously panicked. I have friends who have not left their home since March 1st and who check their temperature every half hour. An unknown agent is spreading and, of course, this creates a climate conducive to panic. There is also quite a bit of Sinophobia in Italy. This is a sickness coming out of China and everything coming out of China – exception made for iPhones – leads to the awakening of a strange fear.

Two days ago, I noticed that supermarkets, for health reasons, were authorizing access to small groups of customers at a time. Those inside had to leave before a new group could enter. Inside the supermarket, regular messages advise customers to maintain a minimum distance of one meter one from the other. Stocks were almost complete on the shelves. The only shortages were in sanitary products such as hand gels and javel water. Of course you can buy these online, although their cost is a bit higher.

There is no serious problem in Torino. But in Lombardy, just next door, residents have been cloistered for 15 days. They go out at specified times to run errands and go back home. We haven’t reached that point here yet.

Five days ago, we could still go out somewhere for a drink. This is no longer possible. Theater, cinemas, museums, sports facilities, everything is closed. Yesterday, bars and restaurants were open until 6 PM. They have also been shut down since. 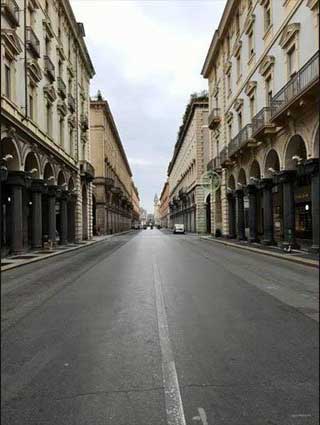 We must now move around with a document. If we are going to work, this document specifies our identity, the hour we left home, destination and time of return. For shopping also, we must have this authorization. Police can control you at any moment and if you do not have this document, you are at risk of a penalty. Frankly, the basic aim of these precautions is to keep people in their homes. This document is valid as an individual declaration. If you go to the supermarket, you write down your address, where you are going and the departure time and the time of return. The same applies to your work.

Are authorized to stay open: some factories, supermarkets, pharmacies, gas stations, tobacco and newspaper kiosks, shops selling cleaning products, post offices, certain banks, insurance companies and laundromats. Courier services are also allowed to work. As for schools, they are closed since the beginning of March and will stay closed until April 3rd for the time being.

In recent years in Italy, much of the health system has been privatized. This started with “for simple blood tests, instead of standing in line, you go to such and such a place, in any event, it will be reimbursed by the government”, and now, from IRMs to light surgeries, you are directed toward the private sector and pay the governmental share. Privatization has been progressing rapidly for the past 15,20 years.

With the appearance of the virus, private establishments were not providing any beds. Now, with the situation reaching more serious proportions, they do. We have thus seen that the State health services supposed to offer free service to the population were limited. And yet, we are in a country where health services are of a fairly high quality. Even so, we can see that this is limited.

One of the fake news spreading at the moment says “in governmental hospitals, they are not treating the elderly in order to make room for younger patients”… This type of fake information spreads quickly and raises justified fear about the hospitals. Perhaps this is simply a matter of lack of confidence in the health system. For example, a week ago, Conte announced the hiring of 20 000 nurses. For there are not enough nurses presently.

At the beginning of March a system called “smart working” was activated for those who can work from home. In Italy, working from home does not rest on clear legal grounds. Following the decree promulgated by the Prime Minister, all those who can must now work from home. Those who cannot and whose professions are in vital areas continue their normal professional life.

At first , there was a void as far as insurances went. There were many questions concerning work-related accidents occurring in the home… A decree was promulgated to cover all these matters.

In his speech on Tuesday, March 10, the Minister of the Economy announced a supplementary budget of 25 billion Euros and that no one would face unemployment and no industry would go bankrupt.