Turkey as white as snow? 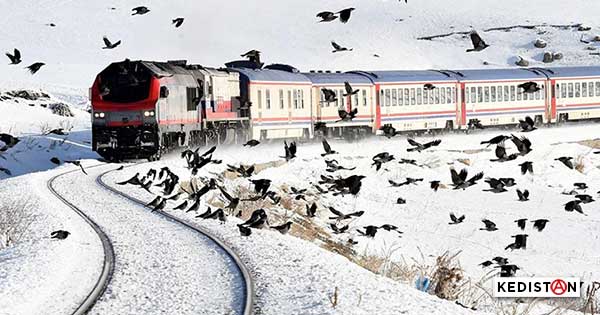 For those who still consider Turkey as a holiday destination, I hesitated between two themes today: snow or human rights?

Yes, ignoring that it snows a lot in winter in Turkey means getting lost in more than orientalism on the topic, and it also means one has missed two superb films of our cinema: Yol (by Yılmaz Güney et Şerif Gören. Released in 1982, it won the Palme d’or at the Cannes Festival) and Uzak (by Nuri Bilge Ceylan, which also won a prize in Cannes, France). Take this opportunity to see them again, you will know what I am talking about.

But our Reis has already had the opportunity to comment over the snow, meaning I will be brief on this topic.

In the Eastern and Northern half of the country, schools have shut down, given the heavy snowfalls. And in Bahçesaray, province of Van, on February 4 and 5, more than 40 people lost their life in an avalanche, leading Tayyip yet again, as for the earthquake, to invite Turkey to interpret the hardships sent by God as proof of the need to unite around his warmongering… There are days when you would rather have snow on your TV screen also.

But what I found interesting was precisely the fact that, in the eyes of the report on human rights, Turkey did not emerge as white as snow in 2019.

In order to obtain and read the report from the İDH (the Human Rights Association in Turkey) you must, of course, read other things than the regime’s media. Thus, I set off to enquire from a little ant.

The report was prepared by the Diyarbakır branch of the İDH.

I am thus reading “terrorist propaganda” in communicating this content, titled “Report on the violations of human rights in 2019”.

In the preamble, I read: “In the year 2019, massive violations were observed of national borders, with military operations beyond the frontiers, with political threats on freedom of expression and association, and physical interventions; violations of numerous questions such as the right to life, involving torture and ill treatment; violations in the prisons, violence against women, prohibitions and violent interventions against the right to meetings and demonstrations, freedom of thought and expression, problems relative to judiciary independence, freedom of the press, the los of economic and social rights. It was a propsperous period of constant increase in the violation of rights.”

At this point, either you tell yourself “as usual, where the Kurds investigate, they do so to spread their terrorist propaganda”, and turn to something else, or you note that, Kurdish or not, they are describing an indisputable reality, one that I know only too well.

They may well unleash an avalanche of insults against these findings, they will never have enough of them to bury these daily truths in Turkey. And no matter what the Kemalist politicians pile up over the large fur bonnet of their leader in formaldehyde, in order to hide the facts that stick out, all these violations accumulate.

“… Judiciary power has become the most important and easy to use instrument to implement these oppressive and centralizing policies by those in power. The decision rendered by the European Court relative to the violation of rights in the request on behalf of Osman Kavala and the violations it observed, as it did in the file on Selahattin Demirtaş, the means and methods used by the courts and the judiciary units in order to refuse a decree of liberation clearly show what has become of judiciary power. During this period, oppressions and arrests, trials and sanctions inflicted on defendors of human rights have reached their highest level…”

… The appointment of administrators in municipalities won by the Peoples’ Democratic Party (HDP) at the local elections on March 31 provide another important instance where democracy and freedoms were severely curtailed.

This constitutes and illegitimate practice against the right to vote and to be elected, and it is incompatible with the law. It constitutes a violation of the human rights of millions of voters. Elected candidates did not receive their mandates and administrators were appointed, others were revoked after receiving their mandates, and these mayors were illegally arrested.

… The report also notes that torture and ill treatment persist in a generalized and systematic way, also outside detention centers.

In prisons, another area where torture has become commonplace and systematic, it was noted that the number of sick detainees increases daily. According to the data collected by the HRA, there are 458 sick prisoners, some in very serious condition…

So, it isn’t the snow that must dissuade you from dreaming of sunny times in Turkey but rather its regime and the constant violation of human rights to which you would be an accomplice by choosing a tanning session at the hotel or, for the experienced, a bout of skiing.

You can access the full report in Turkish here.