İrfan Aktan • This is not a war 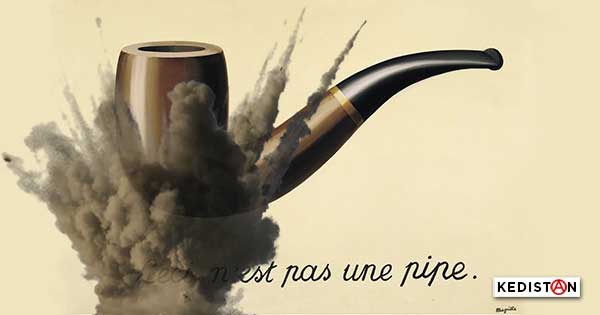 Not to speak of the war, not to write about the war. Such is the cen­sor­ship set up in Turkey.

This cen­sor­ship, how­ev­er, is accom­pa­nied by an unin­ter­rupt­ed stream of pub­li­ca­tions in the media of regime pro­pa­gan­da, going as far as applaud­ing war crimes while speak­ing of the “Oper­a­tion Sources of Peace” in North­ern Syr­ia. An arti­cle by Irfan Aktan.

This is not a war

This is not a war.

Call­ing what is going on a “war” is pro­hib­it­ed. A per­ti­nent decision.

What is ongo­ing is not a war. Every­body knows that.

But it is for­bid­den to say what it is, this thing that is not a war.

It is for­bid­den to write about it, or to talk about it.

If you write about the war, it is for­bid­den to write “war”, you must write “peace”.

The planes we see are not war planes. The bombs on which are inscribed names of “jour­nal­ists” are not bombs.1’Jour­nal­ists’ from media sup­port­ing the regime have had their names engraved on bombs. The pho­tos were shared on social networks.

On the faces of those who claim to prac­tice jour­nal­ism at a time when jour­nal­ism is for­bid­den, the make­up is kaki-colored.

But the time is their time.

The time belongs to those who sign the bombs, to those who call per­sons refus­ing the war and call­ing for peace “forg­ers”, the time of those who lean up against their State, their tanks, their weapons and give you the fin­ger, spew­ing threats around them, and who use ruins as back­drops for their makeup.

In only two days, once again we have seen among whom we live. The jour­nal­ist who cozies up to the strongest is a sol­dier, the lawyer, the politi­cian, the ecol­o­gist, the soc­cer play­er, the come­di­an, the musi­cian, the singer even the pseu­do oppo­nent is a soldier.

Nowa­days, such is the law: either you are a sol­dier or you are look­ing for trou­ble. Those who don’t fear trou­ble are in a sor­ry state, those who fear it are in a state even worse.

But there does exist a road for every­one: talk­ing may be for­bid­den, but keep­ing qui­et isn’t for­bid­den yet.

This is why as shame re-emerges, in this peri­od where those unable to speak turn their faces the oth­er way to talk of oth­er things “of dai­ly life”.

If it is for­bid­den to speak about the big truth, each word on anoth­er top­ic becomes a hostage to those hid­ing the truth.

May this be inscribed in Hisotry: it is a crime for the pris­on­er to say he is a pris­on­er and even a crime that he not say loud and clear, that he not holler “I am free and I am grate­ful” .

A quote from Niet­zche whom I read in my uni­ver­si­ty years has stayed engraved in my mem­o­ry: “All unspo­ken truths are poisonous.”

We are poi­soned by the fact of not being able to say what we see.

This year, the Nobel Prize for lit­er­a­ture was giv­en to Peter Hand­ke, who sup­port­ed the war crim­i­nal Milo­se­vic. Appar­ent­ly he him­self was sur­prised. No comment.

Back in 2016 the prize was award­ed to the world poet Bob Dylan. And as Dylan said in his song “It’s alright, Ma, I’m only bleed­ing”, “And if my thought-deams could be seen/they’d prob­a­bly put my head in a guil­lo­tine”.

And may this also be inscribed for His­to­ry: say­ing we are under the guil­lo­tine is also a crime.

Ha, and may that serve you as a lesson.

So let’s leave the final words to the mas­ter with a few vers­es from Bal­lad of Don­ald White:

I got down on my knees and begged
‘Oh, please put me away’
But they would not lis­ten to my pleas
Or noth­ing I would say