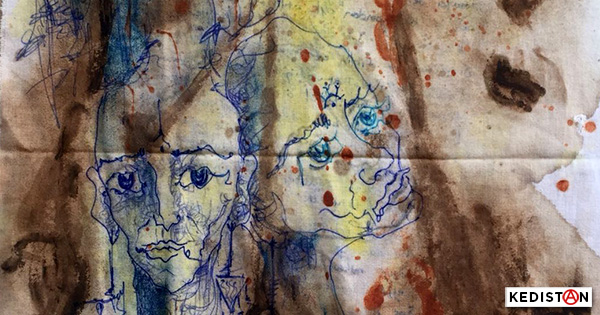 Since October 11, Zehra Doğan’s works are on exhibition in Manhattan’s Drawing Center, part of a presentation by 140 artists who all were jailed, at one point of their life, and used drawing as described in the exhibition’s title: “The Pencil is a Key”.

Deeply touched and mobilized against what is happening in Rojava, in Northern Syria, Zehra Doğan pursues the exhibition of her works.

In this instance, they are works she realized in jail on recycled pieces of fabric, while subjected to a total embargo on artistic supplies. Other works of the same period and using the same techniques will also be on display in Paris, at the gallery of Espace Femmes Antoinette Fouque, as of November 5 2019.

As she always does, Zehra Doğan the person will take back seat to the causes she defends, both the Kurdish and that of women. The very reasons for her incarceration for close to three years in Turkish jails were precisely for expressing solidarity with the Kurdish people being assaulted and her protest against the massacres perpetrated by the Turkish State. As a journalist and as an artist, she proceeded to build an archive of the oppression and uses opportunities given her in order to speak out, again and again, in favor of a collective voice.

And how necessary this voice is against Erdoğan’s weapons in Rojava.

She will also use the opportunity of the launching of her book “Nous aurons aussi de beaux jours“ a collection of her prison writings translated in French (again, at Editions des Femmes Antoinette Fouque) in order to speak about what amounts to daily repression in Turkey, accentuated by the climate of militarization. The book will be available in bookstores on November 1st. Zehra will attend the launching.

Repelled by the assassinations in Rojava, the bombings of civilians by the Turkish armed forces and the crimes committed by gangs in their employ, Zehra is torn between her profession as a journalist which would impel her to be on the spot, and the word she must carry to Europe where her talent and her fight, both as an author and an artists are finally gaining recognition.

Her work will also be on display in Italy at the Santa Giulia Museum in Brescia, during the Festival della Pace (Peace Festival).

Zehra Doğan has little to prove concerning her resistance or the place she occupies in it, just as she has no accounts to render on her path which led her since 2014 to Syria, by the side of Yazidi women, in 2015 for a 4 month stint under the bombs with the Kurdish populations besieged in the towns of Eastern Turkey, followed by her stint in jail under the accusation of “terrorist propaganda”. Barely following her release in February 2019, she provided an installation at the Tate Modern in London as a tribute to the victims of Cizre and of the other destroyed neighborhoods. Who can deny her the right to recognition as a fighter? Not for nothing has she been singled out for over five international prizes since she emerged from jail, including that of the Index of Censorship.

Those who understand French are invited to read her book of prison writings, made up of a correspondence kept up for close to three years. You will know her better then and understand why artists such as Ai Weiwei and Banksy paid tribute to her struggle, and PEN International has supported her.

Kedistan is honored to count her among its friends and authors, and will continue working at spreading her word and her art for the greatest possible accessibility and exposure.

Zehra Doğan is now a Kurdish nomad, her heart bleeding in Rojava, her eye-opening words travelling in Europe, an artist who dialogs with the reality of the oppressions of which she was one of the victims, a woman who keeps alive within her the laughter of her co-detainees and writes nonetheless “Nous aurons de beaux jours”… (We will know fine days). 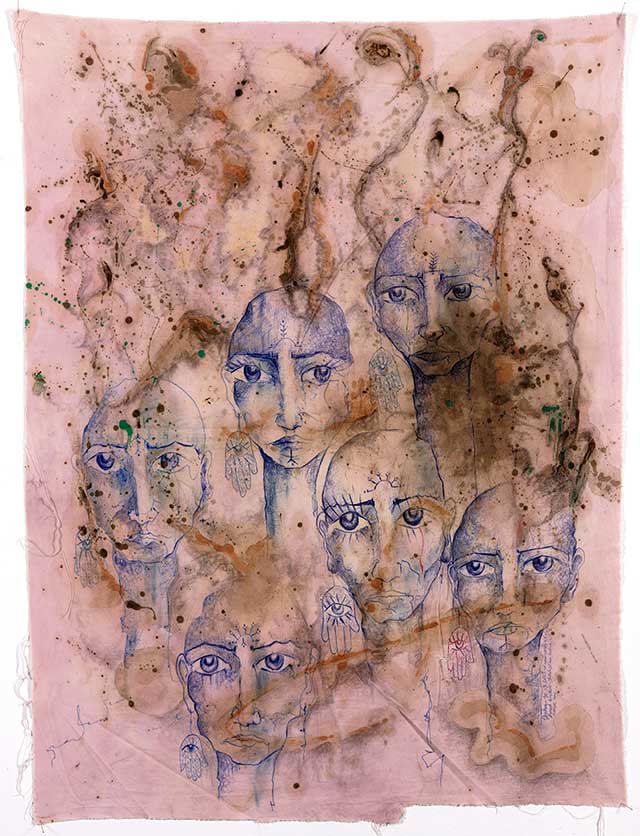 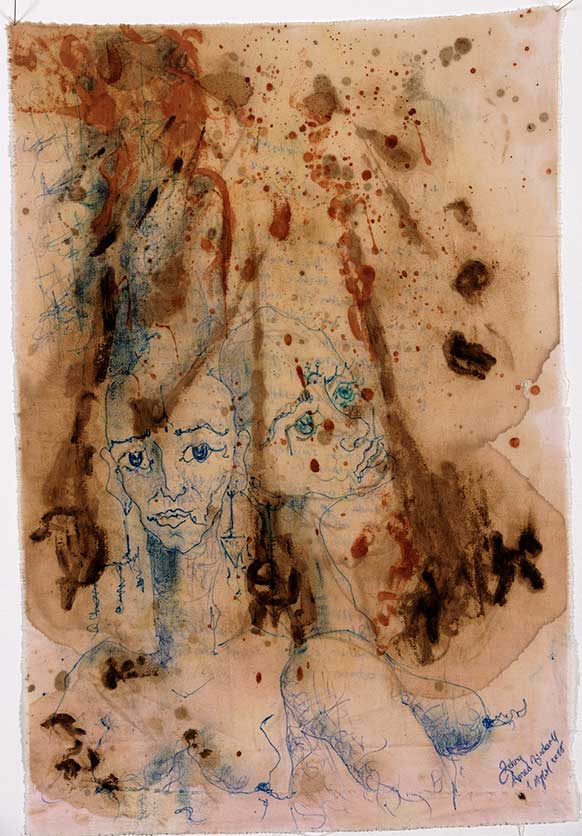 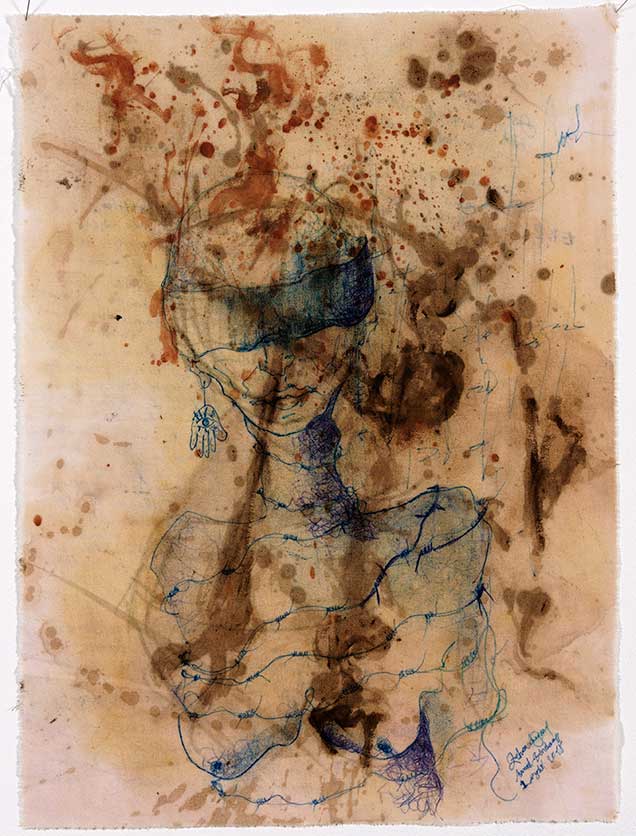 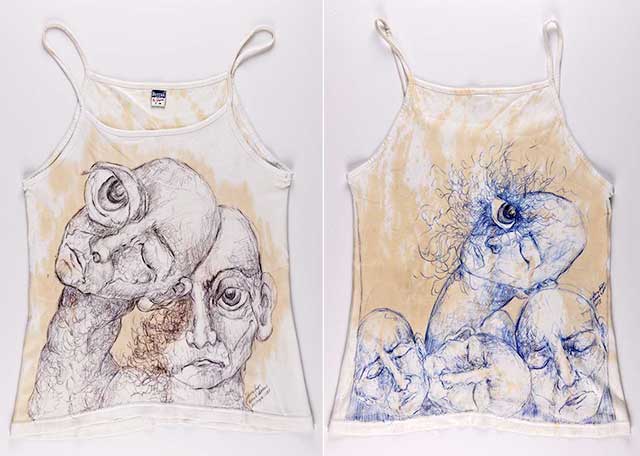 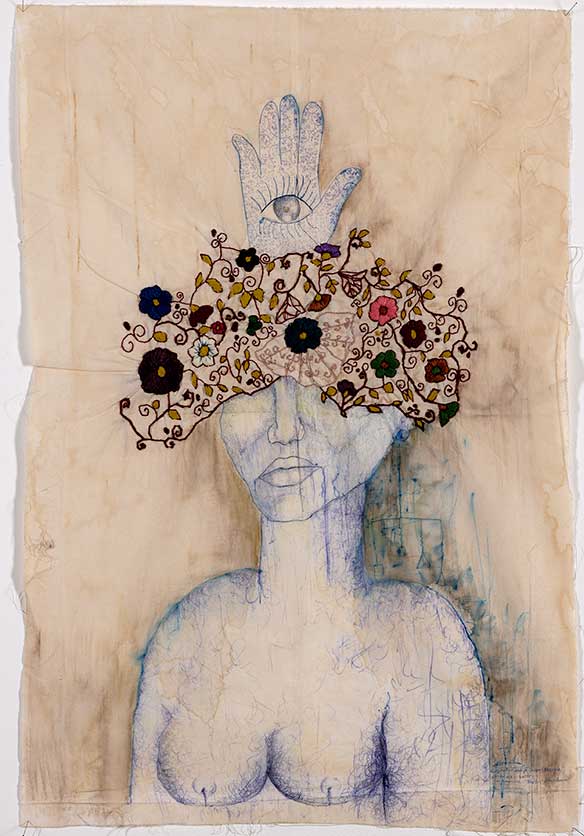