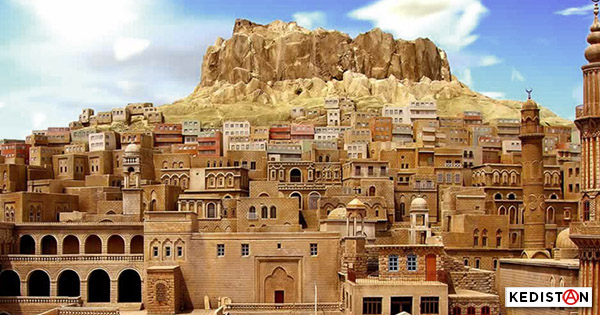 I preferred not to say it out loud – and, besides, we had instructions to remain quiet.

I joined a delegation from the France-Kurdistan Solidarity Association which carried out a mission of observation of the presidential and legislative elections in Turkey on June 24. Same as in 2015, the group chose Mardin as its base, a very beautiful town in Turkish Kurdistan, not far from the Syrian border. Half of the group (in which I was) went today to Nusaybin, the other half to Kiziltepe, two towns located on the border, which were administered by the People’s Democratic Party (HDP) and which are now, like dozens of others, under the control of the State after the dismissal and arrest of their mayors and co-mayors.

It was a very short stay, only three days, but it allowed the eight people of the delegation to make important and warm meetings with local leaders or HDP activists. The group’s discretion made it possible to avoid inconveniences (detention, arrest, confiscation of passports, expulsions), which other delegations suffered.

We just spent an evening watching the results of the votes. Both disappointing and encouraging results for democracy in Turkey.

Disappointing : Erdogan is re-elected, there will be no second round, and therefore the constitutional reform adopted by referendum in April 2017 will be implemented, which will considerably extend the presidential powers. This re-election will give legitimacy to a regime that is tending towards dictatorship. I invite you to take a look at the article in which I analysed the worrying features of this referendum, which will be applied in the coming days. It is a victory for Erdogan, who allowed himself the luxury of making a statement on television although the counting was not finished. At this very moment, his supporters are marching in the streets of Mardin, triumphantly, as probably throughout all Turkey.

Nevertheless, we have strong reasons to hope and be confident in Turkey’s democratic forces. Muharrem Ince, candidate of the old Kemalist party CHP, got more than 30% of the votes. This man was still a stranger a few months ago, and his relative success illustrates a deep desire for change in the population. But the CHP is an old party that has always been very conservative on sensitive issues.

But above all, Selahattin Demirtas, leader of the HDP, imprisoned since November 2016, obtained more than 8% of the votes, while his party was unable to campaign, and even though he was excluded from the media. 8% of the votes, which makes him the third candidate, despite him being isolated in a cell in the prison of Edirne, at the Bulgarian border, 1700 km from Kurdistan, with the possibility to address the electorate only by a few phone calls… Under such conditions, this result is an achievement.

And then, the HDP party managed to get through the “threshold” of the 10% of votes required – at the national level – to obtain parliamentary representation. It scored over 11%, giving it 66 seats in parliament, making it the third largest political force in the country.

Of course, this is a fragile result if we remember 2015. On the 7th of June 2015, the HDP had been so successful (80 deputies) that the government chose to delay forming a government, exceeding the legal deadline, which allowed Erdogan to cancel the election, in all legal terms, and to call new elections in November, and the campaign then took place in disastrous conditions – as for the one we have just experienced.

These results, obtained in spite of enormous difficulties (attacks against the candidates and the party’s offices and, for this last campaign, elections held under the conditions of the state of emergency), prove that the base which supports the HDP is solid, that the desire for democracy is strong, that the democrats of Turkey are not impressed by violence and threats.

In the coming days, after my return to France, I will describe these few dense days spent in Mardin, Nusaybin and Istanbul.