Turkey • Billions of euros will rain down 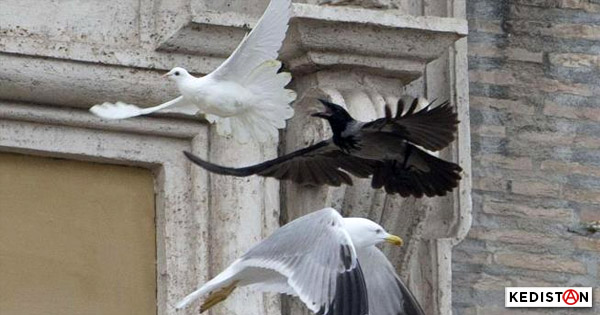 I don’t know if they will make it all the way to my balcony but I hear your European Union has decided to blow a few more billions in Turkey’s direction.

Busy reorganizing our borders with Syria, the Reis will be able to buy brand new armored vehicles to deal with the refugees. Won’t Germany be pleased!

Which goes to show that, with your European Union, what counts is knowing how to wait, and asking at the right moment.

He’s done the job against “terrorists” in Syria, which means additional refugees might want to seek refuge with you, so he’s given the means to rid you of them… Makes sense.

Those European governments of yours are something else. I can’t believe it, they must have been taken in by the translators paid by Erdogan. They haven’t understood what he’s saying everywhere?

Sometimes, as I watch from the sidelines, I get the feeling that your Europe is like our old Kemalist leaders who were saying no later than yesterday “this won’t concern us” when the Reis was having the Kurds massacred in the East. We see what has followed since 2016, and now, we find them baying at Erdogan’s rump for “the defence of the fatherland and Turkish values”. Do your governments truly see what is coming?

They say “no blank check” and pretend to roll their eyes, but they agreed to the amount nonetheless…

Fine, they’re in business, they annoy the American elephant, fine, they get the feeling they’re giving the janitor a tip so he’ll block the immigrants in the stairs, fine again…

But right now, their janitor is outsourcing with ISIS defectors and arming them with your money, have they told you? Or do they let you go on guessing where the next attack will happen in your country?

I read that in France, a government was proud to name “a friend of Turkey” at the head of something supposed to represent Muslims. I also saw that in Germany, the same “friends” had increased their pressure capabilities on German political life. In Belgium, there are increasing numbers of pro-Erdogan parliamentarians and no one acts to protect those against whom the Reis pronounces his fatwa from afar… And I’m only mentioning those three countries.

You know, one of your countries would have done 10% of that in Turkey, it would immediately have been branded an “invader”, in memory of the Dardanelles.

So hospitable, your European governments.

But not for everyone. “We cannot welcome all the pro-Erdogans in the world,” they say. But they add “still, we take in our generous share”. As for the others, let them perform their ablutions in the Mediterranean.

Yes, there’s still a bit of a catch on visas. Erdogan will wait. He can’t have everything at once.

In the meantime, I’ve been watching my balcony since yesterday, but I haven’t seen the slightest billion go by yet…

All I found was a dove who died from eating too many olive branches.