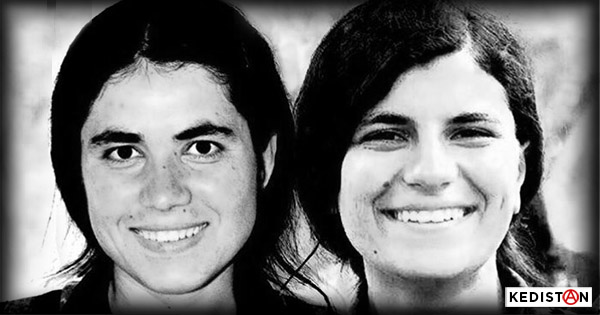 Martyrs or terrorists? Why such an ignoble question about women’s bodies in this dirty Turkish war around Afrin?

War is disgusting and dying in it is never glorious. The enemy’s corpse is always the corpse of the other.

But when that other is a woman, men’s wars breathe rape, torture and obscenity. Only to mention recent wars, from Bosnia to ISIS, from the Congo to Tchetchnya… war crimes and crimes against humanity constantly put women’s bodies on display.

In Afrin, the Turkish army and its auxiliary forces did not stray from this practice. Images of Barin’s body, the Kurdish combatant who was attacked and defiled, are testimony to this. A woman’s body, mutilated, breasts cut off, nakedness exposed, as if to dishonor these women even after death. And, as a final insult, the words “presumed terrorist” accompanying the crime.

And when another fighter attacks a Turkish tank and explodes along with it these last few days, the accusation of “terrorist” and “human bomb” resurfaces. “A first among the Kurds“, dares to write part of the Occidental media (the other part does not speak about Afrin at all), drawing an equivalency with ISIS and its kamikaze.

If a male fighter confronts a tank with his bare hands and a grenade in a war movie,  you have the film’s heroic scene… When a Kurdish female combatant does the same in desperation before the uneven deployment of forces,  there is Erdogan’s vocabulary at the ready in the commentator’s mouths…“Kurdish terrorist and kamikaze”. As a general rule, Kedistan does not cultivate the cult of martyrdom. However we have a profound respect for this way of honoring their memory and of grieving, common to combatants and populations in wartime. And precisely, here, the “martyrdom” is not linked to patriarchy but to a fight for freedom, with women occupying the front ranks.

So, when once again, macho or patriarchal comments get mixed in on a background of war propaganda in which the dominant Turkish nationalist discourse constantly uses the label “terrorist” in its attempts to hide its crimes, the “faraway commentators” could learn to zip it, including on social media and in TV studios.

Here is a text that says it better than we can, followed by a homage to two freedom fighters killed by this dirty war:

It is extremely disturbing to see some online and media commentary and even Leftists equating the final acts of Arin’s and Avesta’s as ‘suicide attacks’, and creating an uncomfortable comparisons with terrorist attacks. This is doubly uncomfortably for us Kurds because our liberation and self preservation efforts as deeply oppressed, silenced and marginalized minority in the region has always been vocalized by the very same terrorist states and regimes (and their Western backers) enacting genocides and ethnic cleansing on us as ‘terrorist acts’.

There is literally no ideological, political, or ethical comparison between what the likes of ISIS, al-Qaeda, al-Nusra etc do with their terrorist suicide attacks targeting innocent civilians and what revolutionaries like Arin and Avesta have done. The Arin’s and Avesta’s targeted invading and colonizing terrorist regime’s military and mercenaries which have no qualms in deliberately targeting civilians, bombarding and destroying entire villages, razing homes and killing entire families in deliberate acts of abhorrent violence, or using cluster bombs and napalming cities. Instead these women were making a grand statement with their last act of resistance, using their bodies as a literal shield and destroyer of the patriarchal, colonizing, state-centric and capitalist mentality of the invaders and their racist and sexist philosophy. The treatment of women’s bodies in war has always been different to that of men. This is especially true in the Syrian war and the rise of the YPJ in their fight against ISIS and now Turkey and its FSA and co mercenaries. When these women fall into the hands of these violent men, as we have seen tragically and much to the shock and increasing trauma of the Kurdish community this week with the vile images of Barin’s body we know what the outcome is: molested, defiled, mutilated bodies of women, their breasts cut off, their naked bodies on display as a means of dishonoring these women even post death. Instead, when she chooses self destruction- in both case as a result of running out ammunition in the thick of battle- she chooses how she disposes of her body: with the total destruction of the enemy, the liberation of her people, and the most powerful statement that a woman can make in the face of the destructive and violent patriarchy that has forced her to pick up her weapon in the first place. Her decision to detonate rather than allow her physical body to end up in the hands of these violent and unscrupulous men is a great feminist act of self love, courage, strength and ideological conviction. It is the greatest and most powerful, feminist “NO”.

As Kurds we do not accept your conclusion, your politically lazy statements about Avesta’s and Arin’s using or being ‘suicide attackers’- there is literally no choice between choosing death and the destruction of your body rather than face certain gang rape and worse, and the enemy using the images of your defiled and mutilated body to demoralize and traumatize your already oppressed people further. If you- as an exert or otherwise- are going to analyse and claim to understand the liberation ideology and approach of the oppressed then you should at least not be so politically, historically and ideology illiterate. We are no longer in the era where the shattering of the bodies of our little children with the terrorist regime’s bombs, the mass kidnapping, raping and selling of our young girls and women in the pits of hell and brothels of the Middle East and the ethnic cleansing can be hidden; and we are no longer so silenced and lack access to the means to not be able to articulate the liberation psychology and mechanisms of our oppression in far better terms, better terminology, and better and more astute analysis; all the while using your colonizing language against you in far more eloquent and more articulate terms then you can ever hope to employ! Do not speak of and about the Kurds and our liberation struggles unless you have a basic understanding of the psychology of the oppressed and cannot distinguish between terrorists and resisting revolutionaries.

Kurdish, Ph.D. student, co-founder of www.hevifoundation.org
and creator of the Facebook page The Middle Eastern Feminist 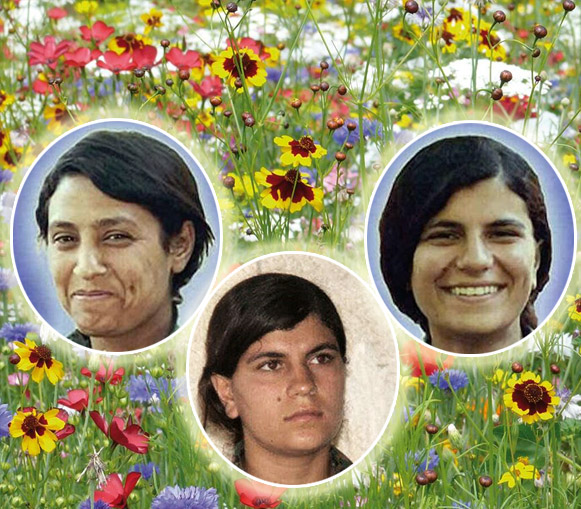