Gulistan Sido: My place is in Afrin 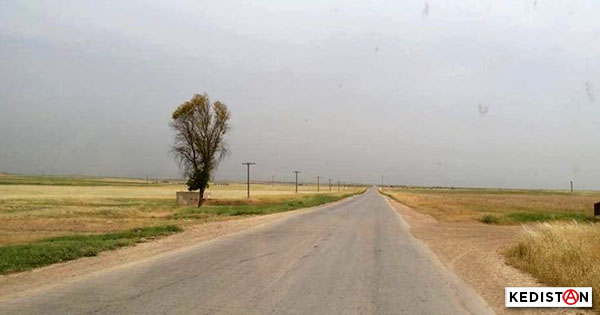 On Friday January 19, I had meetings in the Chek Maqsûd neighborhood in Aleppo and on Saturday January 20, the bombings started, so, for now, I’m stuck in the neighborhood. Roads to Afrin have been closed by the regime.

My two brothers are in Afrin. One is a doctor tending to the wounded and the other is a journalist who keeps me informed on what is really going on.

The situation is disastrous, esepcially in the areas of Jendêrêsse and Rajo. Erdoğan has committed massacres against civilians and especially against refugees in the camps. The local inhabitants in the border villages, women and children mostly, have taken refuge or hidden in cellars and basements and have moved over to the downtown area.

The people’s morale is very high and they are not afraid. There is great resistance and total mobilization. The Turkish army has declared forfeit and has not moved forward by so much as a centimeter. The tactics employed by the YPG et YPJ combatants along with those of the Syrian Democratic Forces have kept Erdoğan’s terrorists from advancing. There is even information circulating according to which the terrorists and Erdoğan’s bands are at each others’ throats on the other side of the border, and that those that withdraw in the direction of Turkey are eradicated.

Myself, I’m looking for a route allowing me back into Afrin.

Speak to you soon
Gulistan Sido