To believe or not to believe, that is… 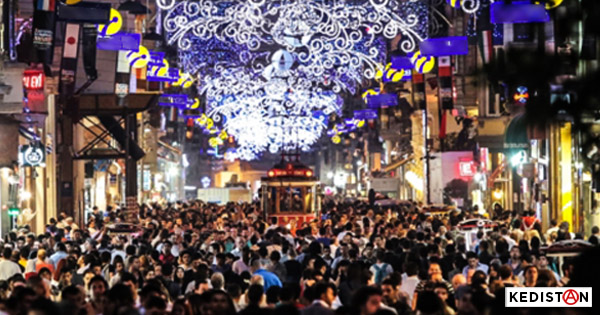 Another year is coming to an end. No snow in Istanbul to mark the occasion. And the anti-Santa Claus hysteria isn’t a box-office success this year. The bearded ones must be busy believing elsewhere, no doubt.

If your fellow in red raises the value of the Turkish lira, so much the better. If only believing was all it takes…

Did you know archeologists declared last October that they had found the tomb of your Santa Claus in an ancient church of the district of Demre (Myra), in southwestern Turkey? “We will dig in this spot and perhaps we will find the intact remains of Saint Nicholas”, this is what they said. I don’t know if they also found the authentic recipe of Coca Cola in the same spot. I’m more than willing to believe it…

We have been told that the beards have become shorter in Syria and in Irak and even that a peace process might be launched in 2018. I seem to have understood that the first meetings would be held in Russia, in Sotchi. But hadn’t I heard Santa Claus lives in Norway…and that peace agreements were concluded in Geneva? I guess my peace geography is one war out of date. Who doesn’t wish to believe in it anyway?

Except that once you start believing everything they tell you, you end up no longer believing in anything.

And yet, if the hundreds of political hostages in our jails lost what is left of their spirit of resistance, the one that makes them go on believing that tomorrow may be a day of freedom and justice, if the thousands whose jobs were liquidated by decree ceased holding on to the conviction that men and women will some day change their disastrous fate by dint of their refusal to give up, if the migrant gave up because of exhaustion, all of us incredulous ones would become desperate.

So, behind the false magic of these bright lights at year-end, let’s not be satisfied with saying they will not trick us again. Opening a new “there is no alternative” along with our presents would only serve the interests of our masters and their gods.

A new year is about to begin, let us lift our glasses and see them as half-full. It will be our job to fill them completely…

Here’s to a Better Year !