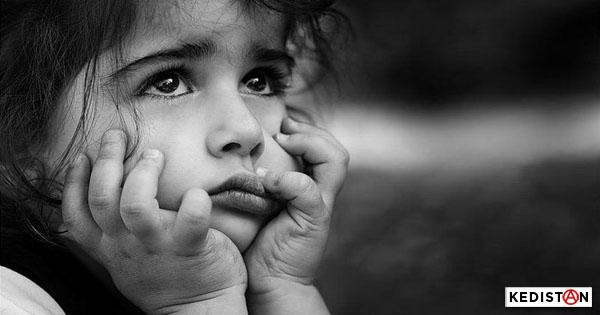 November 20 was “International Children’s Rights Day”. So Kedistan took its inner child by the hand in order to jot down these eloquent figures.

The figures are mostly about Turkey.

There are 7 prisons for children in Turkey and 3 education homes ( re-education, meaning reformatories!). According to figures published by the ministry of Justice (in April 2017), close to 2900 children are locked up in these places of incarceration. The figure involves boys mostly (and about one hundred girls) and includes both condemned children and those awaiting sentencing. Every year, approximately 10 000 children become acquainted with prison, and 120 000 children go through police stations.

According to the data from TÜİK (Turkey’s Institute for statistics) 68% of the children are re-arrested in the same year. Child “criminality” shows exponential growth. At the same time, children’s tribunals are closing down one after the other, but the construction of 15 new children’s prisons proceeds!

A report from CİSST/TCPS (Association of civil society in the carceral system – information network on Turkish prisons) dealing with violence in children’s prisons specifies that the Justice ministry considers it as “violence between youths” and abuses on detained children by prison staff are listed as isolated cases. The report underlines the fact that “the former Justice minister had illustrated himself on the matter of violence in prison, describing the compaints of torture and ill treatment as propaganda”.

Yet the ministry confirms that a certain number of deaths presented appeared “suspicious”. 68 children and youths lost their lives in prison.

Complaints of torture and ill-treatment are usually filed without follow-up and without ensuing convictions. The report lists 92 officially registered complaints over the past ten years, only 18 of which were examined, 10 of them dismissed without convictions. However, between November 2015 and June 2017, the organizations who submitted the report counted 133 complaints by children, 111 of which were for torture and ill-treatment. These complaints come from 15 different prisons out of which the children’s prison of Sincan stands out.

Between 2006 and March 2017, 18 children lost their life in prison. 10 of these children were simply under arrest and had not been convicted yet.

These children, considered as “crime machines” are products of the system itself!

Children’s prisons are not beneficial for society nor for children.

Don’t lock up the children, close the jails!

HDP deputy Meral Danış Beştaş, also reminded Parliament on November 16 that 668 children aged between 0 and 6 years, are presently held in jail with their mothers.

Part of the work force

In Turkey, children are exploited under harsh working conditions. In 2012, 602 thousand youths aged between 15 and17 had to work out of necessity, or were forced to do so. In 2016 the figure had reached 709 thousand…

In April 2017, the DİSK Union published a report titled “Being a child-worker in Turkey” and announced that close to 2 million children were part of the active work force in Turkish, some 80% of them undeclared.

The Workers’ Health and Security Council states that in 2016, 56 children lost their life in work related accidents, because of insufficient or nonexistent security measures (accidents considered as “assassinations”). Only for the first months of 2017, 2 children died this way every month.

60 million children at risk of losing their life

Child mortality estimates published by the UN Inter-agency Group for Child Mortality Estimations declared in its report that, between 2017 and 2030, 60 million children would die before reaching the age of 5 because of migrations, wars, violence, famines, etc… Newborns will represent the majority of those deaths.

Thus, the figures don’t only affect Turkey but in all cases, the problems are linked to living conditions created by a global system to which we are told there is no alternative.

When will children be included on the list of endangered species?