Turkey • Review on the hostage taking 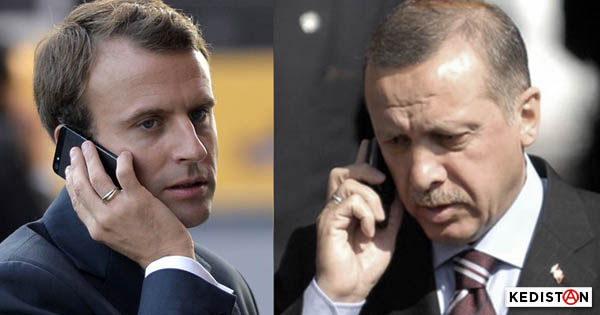 Cem Özdemir, leader of the German Green Party and of Turkish origin declared to Bild : “President Recep Tayyip Erdoğan is not a president, he’s a hostage taker. »

This declaration followed two new arrests of German nationals in the region of Antalya, for motives qualified as « political ». Twelve German nationals, including four bi-nationals, are presently detained in Turkey on similar charges. This is little, compared to the population of prisoners in Turkey awaiting improbable sentences linked to the anti-terrorist and state of emergency law, and the thousands already sentenced.

Nonetheless it is really and truly a case of hostage taking.

Hostages… Like those whose portraits news channels used to show along with the endless days of their detention. Hostages… Of whom it wasn’t said in those days that the countries or regions of their detention belonged to « partners » or « regular phone contacts ». But that was « before »…

Turkey has Europe by its private parts, and its president takes the full measure of its politicians, while holding in his right hand an « agreement on migrants » and in his left a promise of dividends for the « corporations ».

On these two specific points, I would say not… The complexities are in the contract terms and the counter measures, delays, the sharing of profits. Meanwhile, the terms of the blackmail are right under our noses.

And Dame Merkel knows the terms as well as does young Macron. The rest is nothing but communication.

When we realize that Aslı Erdoğan’s editor, now France’s Minister of Culture, can offer the Legion of Honor to her author, who is still under prosecution and deprived of the right to leave her country, and that she cannot even slip her the medal in the quiet antechamber of a Consulate, one measures the thickness of the knot in the rope. But shhh…not a word, we hear negotiations are unfolding in the wings.

Loup Bureau will probably never know the first thing about those negotiations. « This is none of your business. » You know the phrase. And, of course the « you » is aimed at us, the « bleacher experts ».

But when Aslı Erdoğan, in a letter she wrote from jail, said that the Erdoğan regime, “would inevitably shake all of Europe », she spoke evident truth although she is not a political strategist, nothing but a plain and simple author.

Behind this evidence lies both the tangle of financial and political complicities that, in the West, have accompanied both Erdoğan’s rise to power and establishment of a political caste in Turkey, and the permanent torch it represents for all the ongoing wars in the Middle East, including the one on Turkish soil. Therein lies the geo-politics of disaster.

Just as European governments have reinforced domestic feelings of insecurity that favor xenophobia and the shrivelling into identitarian cocoons, they have practiced a Munich on the Turkish question, and in so doing, shunted themselves to the sides of the regional and international power plays.

In the case of France, for instance, the « rapid-fire » policy of belated support to Kurdish fighters won’t suffice to wedge in between the wishes of the imperialistic powers and the more regional ones. Europe and Turkey are squabbling at the low end of the table… And, it must be said, the interests of triumphant European liberalism still hesitate between interventionism and a stepping back for « recovery ». But…how to intervene after laying out the landmines on the road that must be followed ?

And the Turkish president holds the keys to the landmines.

Oh, and just in passing… Since Kedistan hasn’t spared its efforts lately to publicize Loup Bureau’s imprisonment and demand his liberation, there follows here a mere reflection from the patented journalist I happen to be, one with an international press card and everything… Frankly, to believe even for a moment that keeping a low profile in front of the Turkish regime, by avoiding to name it for what it is, will help with the back-room scheming for his release, is to do nothing but delay that outcome. At that rate, why not sully his name, while they’re at it ? And repeat over and over again that he’s a beginner who made mistakes, the main one being having a conscience ? You know, once he’s been « liberated », he won’t understand those small intellectual cowardices that were supposed to defend him. He will be busy enough thanking the politicians who will have « spoken up » for him. As was the case for so many other hostages that were kept silent following their release.

So, why this need for additional hostages for the Turkish Reis ? Any chess player who ever challenged a « big name » has asked himself the same question. And lost.

The Turkish regime consolidates itself on the weaknesses, the cowardice, compromises and connivance of the European governments it despises. Its intelligence consists in knowing the interests, political and financial spinelessness (as in the Greek example), and the so-called identitarian superiority (with a dash of attractive orientalism) of the States he blackmails. The Sultan exults and has no trouble depicting in glowing terms before the dazzled crowds the power of the Ottoman’s revenge over the fall of the Empire. Atatürk and Mehmed, rolled in one.

While over here we weep over the « lost democracy », as if Turkey had once been an example of such – this Republican State born on the progressive negation of a genocide – the AKP regime has systematically crossed all the barriers toward an oligarchical and authoritarian powerhold, ruling as a bigoted and policed quasi-dictatorship. And this regime can both allow its bureaucracy to do any old thing, even to the point of weakening the cogs of its own functioning – call it Ubu or Kafka, as you wish – and accumulate profits and satisfy the corrupt, in the service of liberalism.

So the « hostages » are there more as a means of terrorizing the domestic « labor force », silencing dissent and obtaining collaborations (the Kemalists find their profit in it all), and on the outside, renegotiating power holds, with extra cards up its sleeve.

Did France condemn the recurring encroachments and military actions against Rojava in Northern Syria recently ? I didn’t see anything of the kind, for my part…

But of course, Macron must have talked about it over the phone…