Funding • Greetings from the kedi kitty 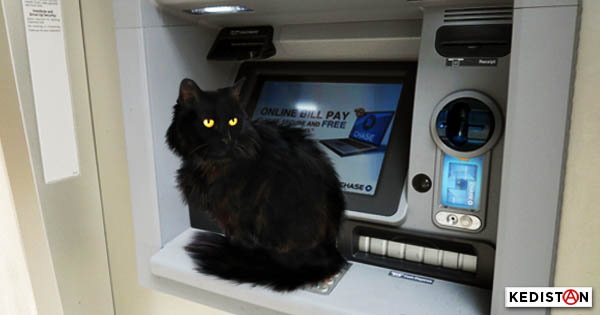 End of August, the Kedistan fund drive will be one year old. Here’s a look at how things stand right now.

Yes, even though we keep showing cats misbehaving, some 200 donors, including those who made direct gifts, stepped up with their contribution. Well, we’re going to amaze you but that’s enough to keep Kedistan functional. On a frugal regime no doubt, but too much cat food is harmful to your health.

Of course, we’re not saying you shouldn’t pour anything into the bowl. We’re simply saying that the number of subscribers has often comforted us and warmed the cockles of our heart.

Thanks again to all those who take seriously the need to publish a free webzine about Turkey and the Middle East, one that doesn’t rely on dubious and attention-grabbing bits of cut-and-paste. Their contributions have contributed to freshening up the A in Kedistan.

Here is a brief report on the use we’ve made of the monies collected so far.

This covers incompressible expenses such as the server site, maintenance, security, « design » as well as related costs and various subscriptions, to which are added those travels costs not covered by the kedi themselves to attend meetings and public interventions.

We’ve set aside 1200 euros for computer-related material and as an emergency fund.

The rest provides a small cushion for upcoming scheduled activities.

We spare you the details.

We’ve noticed that the monthly budget requirement we had set at
350 euros needed to be raised to 400. The funding drive which will continue for another year, takes this adjustment into account.

We want to be clear on the fact that no « comfort » amounts correspond to « disguised advertisements ». All articles on films, books, music, are done because we like them and are published free of charge. We sometimes refuse sollicitations…

None of the contributors receive one centime from the budget and some of them cover their own expenses. The journalists pay for their press card and union membership, for instance…

Free is free and works both ways…We don’t think any of you will wonder why this is so ? We haven’t left the euro zone, but we pay out our salaries in humanity.

So, what else is there to say…

Are you not surprised to learn that a magazine with an average monthly readership of approximately 100 000 (stats calculated on the year ending), who consult a monthly average of 320 000 pages only received funds from 200 subscribers ? We are…

We think there are several reasons for this.

-The main reason is probably the fear of credit card payments on internet. We cannot guarantee the security of the transactions done by the association collecting the funds, although we’ve not encountered any problems so far. And there’s always the possibility of making a direct transfer…

– The refusal in principle to deal with “crowdfunding” sites deemed commercial, and the « interest » they collect…Two answers : we’ve tried to choose the most ethical one in the jungle of the so-called solidarity economy, and there are no charges other than a voluntary contribution to it.

– The fear of leaving personal information on the web and of seeing the data exploited either by us or by the crowdfunding site. We use your data to sign you up to our free newsletter, if you so wish, and they are also required for accounting transparency but not published anywhere.
And you certainly know that you leave more footprints on the web through your searches and consultations…

– The guilt trip of not being able to afford more than a symbolic amount… But that’s precisely the whole principle of the subscription. Everyone does what he can, even if it’s two euros… And the A will only be the better for it.

– Finally, you’re not given to throwing money into the collection plate… Don’t worry, others do it for you… But, in that case, boycott the paying sites of the mainstream press and their bosses, and stop sharing them on social networks. We’ll always be there to provide an alternative…

We never let ourselves be soft-soaped, nor do we trim our claws in order to please… Nor do we join debates on seniority seating at the Anarchy counter, just as we have flag and jargon phobias.

Kedistan is not for sale and survives solely through your donations and your support. It will always answer « Here » on solidarity, our pages are filled with it.

And as you now know, we have a special link with Zehra Doğan since 2015, and will not relent in our efforts to get her out of jail. So there’s another funding drive dedicated to this campaign. You will find it well displayed on our pages. In that case, it isn’t about information that’s free or not, but about active solidarity that requires money as its bloodline.

That’s it. We’ll stop our miaowing right here, with the link to the subscription site and the (French) video presentation on how to use it.