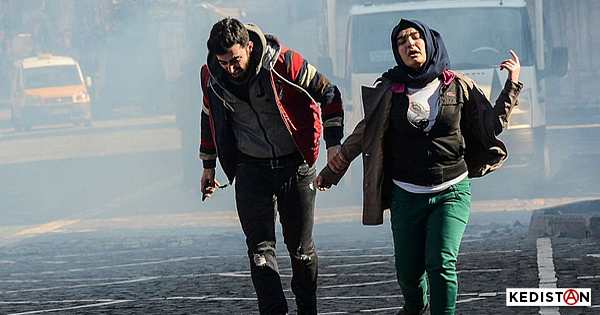 Following the explosion in Ankara, and after the many declarations by governmental spokespersons according to whom Turkey was “free to respond to terror”, “wherever necessary”, the murderous violence of the Turkish troops and police forces were unleashed again after the massacres in Cizre.

The AKP government seized on the opportunity offered by the European governments “support in this time of trial” and on the strength of its « determination » brought on by a Kurdish demand. It needed neither but the facade of “defense and reprisals against the attack” was in place, both for the outside world where the notion of “attack = PKK” went around the world, news agencies raising no question in their copying and pasting, and for domestic consumption via medias either censored or at the boot of the regime.

In the same way, Erdoğan had instrumentalized the attack in Suruç to stop the “negotiation process” and increase the war against civilians in Northern Kurdistan. And even though he had no need of it, the excuse allowed him an all-out offensive, allowing for shock and awe favorable to a muzzling of the media and a repressive redeployment. This has become a habit with the government, so we are not surprised if it does the same with Ankara as an alibi.

As far as Syrian Kurdistan is concerned, Erdoğan plays with the possibility of regional deflagration the risk of which international powers have not fully gauged yet. Therefore he settled for hits and “facilitating” the return of hundreds of Djihadists via his border so they could join the Azaz region against the Rojava fighters, awaiting decisions for ground interventions (declaration and common threats with Saudi Arabia.) 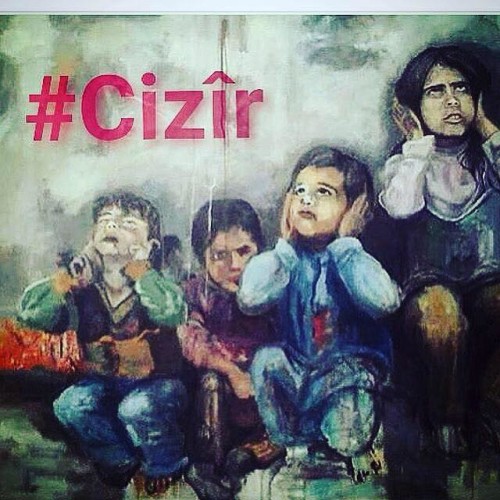 Following the massacres in Cizîr that made waves on the international scene, Northern Kurdistan offers a new opportunity, once again on a background of sideration of Turkish public opinion, to pick up the “cleansing”under the alibi of “legitimate defense”. A done deal over the past few days, yet again with troops, mercenaries and back-up policemen, galvanized by a revenge motif added to their genocidal ultra nationalism.

Talking of Peace under these conditions is derisory, and yet indispensable, but we may be at risk of only being able to note that the neighborhood lines of self-defense are massacred one after the other, civilians and fighters combined, amid a great international silence and the media concert from the media under orders in Turkey, under the theme of “victories against the PKK and terror”.

Among the brief reports from non-censored Turkish releases concerning the Sur neighborhoods :

Explosions have occurred in the neighborhood. Communications have once again been cut off from civilians trapped in basements. Helicopters are flying over the neighborhood and the army continues its deployment of heavy artillery. Policemen rigorously filter entrance into the neighborhood yet some residents have returned to their homes.

The neighborhood could turn into the next Cizre. All the conditions are gathered for the forces of repression to proceed to another « cleansing ». On top of the artillery and the tanks, State forces announced a possible aerial bombing of the district.

Sibel Yiğitalp, HDP member of parliament Amed, who managed to speak to one of the wounded trapped in Sur, also declared that governmental forces were announcing aerial bombings. Turkish combat planes have been flying reconnaissance missions over the district for the past few days.

Yigitalp also spoke with the Governor of Amed (Diyarbakır). As was the case for Cizîr, he explained that the demand to evacuate the wounded was complicated because of their high numbers , the destruction of buildings and the “fighting” blocking the rapid exit of civilians in Sur.

For its part, Nusaybin expects the worse. Same preparations, same conditions, although the presence of “delegations” and of a few war correspondents (some of whom were taken into custody), holds up the forces of repression for the time being.

HDP member of parliament Hişyar Özsoy made a public declaration concerning recent development in the zones knows as “under martial law and blocs”, placing special emphasis on the neighborhood of Sur. Özsoy calls on international public opinion to take measures so that Sur does not become another Cizre, where over 250 people have been killed so far, several of whom were burned alive in basements :

Urgent Appeal: Don’t let tomorrow be too late for Sur!

The indefinite, round-the-clock curfews that the AKP government has declared in Turkey’s Kurdish provinces since August 16, 2015 continue to deepen the emergency situation that undermines basic human rights and freedoms in the region, including the right to live and personal safety. As of today, curfews have been effective in seven provinces and twenty counties for a total of 395 days. This curfew policy directly and clearly violates imperative provisions of the Constitution of the Republic of Turkey as well as basic principles of international humanitarian law, first and foremost the provisions of Geneva Convention for the protection of civilians in war and conflict zones. The last and most destructive example of systematic violence and massacre threats under the curfew rule occurred in the town of Cizre, Şırnak province, before the eyes of indifferent Turkish and international publics: at least 165 civilians who had taken refuge in the basements of residential buildings amidst military operations were bombarded to death by Turkish security forces.

Whereas the AKP government continues to absolve itself of the responsibility to account for the basics of the civilian massacre in Cizre beyond the cliché of “fighting terror,” we are, once again, terrified by the news that most recently came from Sur district of Diyarbakır, which has been under curfew for the last 78 days, since December 11, 2015. According to local sources and the press, as of February 18th, around 200 people, including children and injured individuals, remain trapped in the basements of residential buildings in Sur district, where armed clashes have been taking place. For the last two days our party officials and members of the parliament have been trying to communicate with the government representatives, demanding official investigation of these claims and the opening of a safe corridor for the transfer of trapped civilians. Yet, all our efforts and demands remain unanswered. We are extremely concerned about the possibility that the massacre in Cizre may be repeated in Sur.

Under these circumstances, we are further concerned about the ongoing silence of the international public against the violence and massacres in Kurdish cities. As the military attacks against the trapped civilians were going on in Cizre, we had told the international public that their silence and indifference was bolstering the AKP government and its security forces in their unlawful and inhumane practices in Kurdish cities. Had the international public raised a powerful voice for the protection of the lives and safety of the trapped civilians in Cizre, perhaps we would not have had hundreds of dead bodies retrieved from beneath the ruins of Cizre today.

Now at the wake of a similar possible tragedy to take place in the Sur district, we are appealing to the international community once again. We are calling on all international institutions, humanitarian organizations and activists to take urgent responsibility and approach the Turkish government without any delay for the termination of curfews and state violence in Kurdish cities, and particularly for the protection of the lives of the civilians that are trapped inside the basements in Sur.
Don’t let tomorrow be too late for Sur!

On his Facebook, page Kati Piri shared impressions after a visit on Friday to the town of Diyarbakır. “Actions by the security forces are often harsh and pitiless. This makes life impossible in these regions,” she said. She mentions “grave violations of human rights” and “the growing despair of many people.” The parlementarian called for a cessation in the hostilities in what she qualified as “a bloody civil war in Turkey”. In his response, M. Bokzır reproaches her for “not mentioning anywhere in this text (the PKK) as being a terrorist organization” when it is considered thus by Ankara and by the EU.

So if testimony, information relays or demonstrations can serve to stop this escalation, let us testify and mobilize !

Some of the reports mentioned here show facets of reality but by placing the « combatants » almost back to back, by presenting the civilians almost as « hostages » of the situation, they avoid providing the keys to an understanding of the situation. So, if these « testimonies » are better than silence, they say nothing of the AKP government’s “objectives”, and reinforce the thesis on «”PKK combatants spoiling the life in the region” and “bringing on war.”

‘video’ Fahriye Guzur mother of a victim
In Diyarbakır, the hidden war between the army and the Kurds