Interview with Zehra, journalist from the JINHA Agency 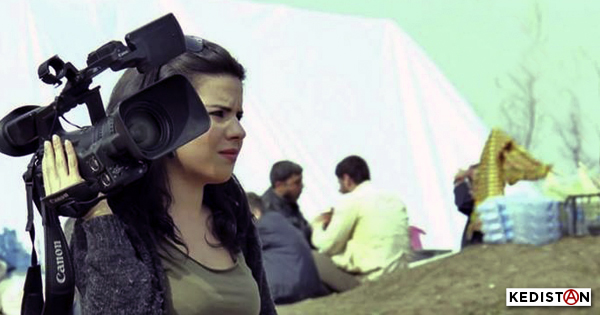 JINHA is a feminist news agency whose contributors are all women. A world-wide premiere. “Jin” means woman in Kurdish. Jin followed by an H for haber (information) and A pour ajansı (agency). An interview with Zehra.

We wanted to know about JINHA. So we interviewed Zehra Doğan, one of JINHA’s journalists working under bullets and bombs in Kurdish towns placed under curfew over the past few days. Zehra answered our questions from Nusaybin. We knew her from the Istanbul office but with her ‘joie de vivre’, her enthusiasm as a journalist and her woman’s heart, she was known by all as the eyes, ears and voice of her people. Camera in hand, she is following the tracks through through towns and villages, of streets that smell of fire, gunpowder and blood. One day in Cizre, another in Nusaybin…

Zehra Doğan is the journalist daughter of a people messed up par decades of blockades, disappearances during custody, deaths under torture, massacres, executions by gunfire and bombings.

How can one be a woman journalist working for a news agency that begins in Istanbul, Amed, Van and stretches all the way to Rojava? What do the “5N” of journalism represent for Zehra (Ne, Nerede, Ne zaman, Neden, Nasıl: What/Who, Where, When, Why, How)? What is the daily reality of a journalist’s job under her double identity of woman and Kurd?

We discussed all that with Zehra.

Let’s begin by JINHA… Can you summarize JINHA’s story for us? Along with your own story at the agency, of course…

Zehra: JINHA is an alternative voice agency, an opposition media with a progressist language and vision compared to media who work with a State vision and with a patriarchal language, but as a description, all that is insufficient nonetheless. To summarize, JINHA is an agency that was created as an alternative to the alternative, of which we are members, all of us being women, from the journalist, the photographer, the editor, the desk editor, the office staff. It is an agency founded by Kurdish women but in which women of different peoples now participate, such as Armenians, Syriacs, Arabs, Turks, Macedonians. It has offices in several towns in Rojava, beginning with Kobanê, now the center of the resistance, but also in As-Sulaymaniya in Irak, and in several other towns in Turkey.

As for my own story, I have been part of JINHA from day one. I wanted to be part of it because I considered it was an excellent way to inform by examining the news “through the outlooks of women”.

Sadık : JINHA is a Kurdish women’s agency and so, naturally, its participants are women. How do you go about this difficult job, with your double identity, both Kurdish and woman?

Zehra : I am indeed Kurdish, which in a country such as Turkey, means being part of identities considered as “others”. It is very difficult to work in the sector of “free media” with limited liberties, while struggling for my identity, when it is so hard being a woman in this country where the exploitation of women is permanent and encouraged by law. Murders of women are encouraged by the judicial system.

For example, in the regions where autonomy was declared, we follow events closely, always with our vision of information focusing on women, beginning with women leading the resistance, the violations of rights, martial law, while living all of this personally. We are constantly faced with sexist insults, arrests, all the way to armed threats. Not a single day goes by without violence. Despite all that, I think that I am positioned in the right place to contribute in changing the perception of “Woman” glued to the brain of the State and of men. The fact of living through this while testifying and documenting the reality of a genocidal policy and of the violations of rights inflicted to the people, and of doing this as a woman, contributes at the right time and place in changing this perception of women. 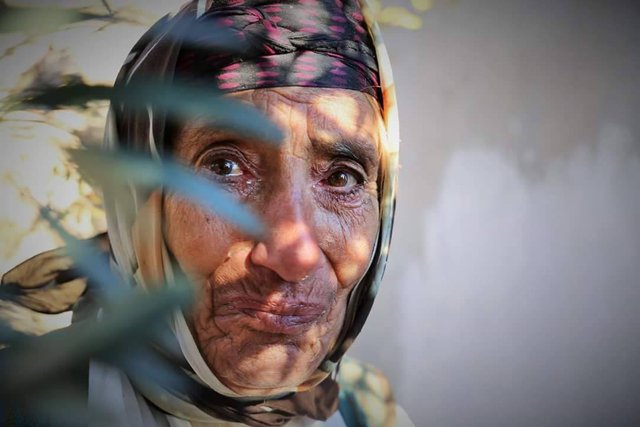 Sadık :  I believe you work area isn’t limited. Where do you work geographically, in general, and what is your work method?

Zehra : Our territory is never very defined. Right now, I am in Nusaybin. During the summer months, I was in Cizre, under curfew. I worked in Dargeçit, Derik, Sinjar, Rojava and other confrontation zones.We move around depending on events and emergencies.

Sadık : What kind of problems do you encounter?

Zehra : I can say that we totally experience State oppression. Insults, custody, arrests and, since the towns are under curfew, we find ourselves in the neighborhoods where most of the confrontations occur, we experience all the same problems as those of the populations you follow and know about.

Sadık : How do you organize to meet the needs of your work, such as transportation, food, lodging?

Zehra : Our agency functions thanks to subscriptions. As stated in the indictment for the arrest of the Mayor of Suruç, “money transfer for the so-called JINHA agency”, we are in State’s line of sight.  The mayors are our subscribers and in any event the city halls have a right to subscribe to news agencies. But when they are Kurdish mayoralties dealing with a Kurdish agency, it becomes a problem. The subcriptions of several mayoralties were suspended. Despite this, we won’t give up as JINHA. In the zones where the resistance has declared its autonomy, as you know, money does not work. In the People’s House, the debt is one of the heart. We continue our journalism based on those relationships.

Sadık : What do you think of the cut-and-paste journalism of the TRT? [the Turkish   television at the service of the State) 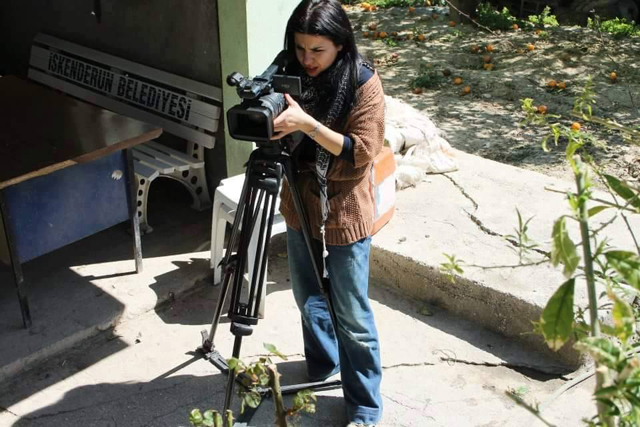 Zehra : To me, the journalism at TRT goes beyond “cut and paste”. As you know, and the last document proves it, they can no longer provide information without the State’s approval, and outside the information provided by it. Moreover, the persons massacred by the State are announced as having been massacred by others. Also, the majority of those massacred – including three-month old babies – are declared to be “terrorists”. We are fighting against a media with no vision, lacking in both quality and prestige. As long as they will exist, we will continue, even if we have nothing to eat, nothing to drink.

I have witnessed several stories of violence. From that of Muğdat Ay who was 12 years old, massacred in Nusaybin, to that of Tahir Yaranmış in Cizre, who was 35 days old, we have testified about a number of savage acts. We witnessed the burial of Mehmet Emin Lokman, killed in the Nur neighborhood in Cizre before his mother’s eyes, who couldn’t reach her son’s body while the attacks continued. We have to film decomposed corpses in the courtyard of the mosque. For example, despite the testimony we filed regarding the conditions of the massacre of Muğdat Ay, the allied media did not hesitate in announcing it as « terrorist ».

To see that, to find ourselves faced with that kind of journalism turns our stomachs.

As for my drawings… At times, the camera and photos aren’t enough. I draw for those moments when those means are insufficient. I intend to publish my drawings as a graphic novel, in a short while.

Sadık : To witness History in a difficult region that smells of death, as a person with three identities, journalist, Kurd and woman, requires courage and persistence.

With respect for all the Zehras.

*We will publish Zehra’s drawings in a forthcoming article. 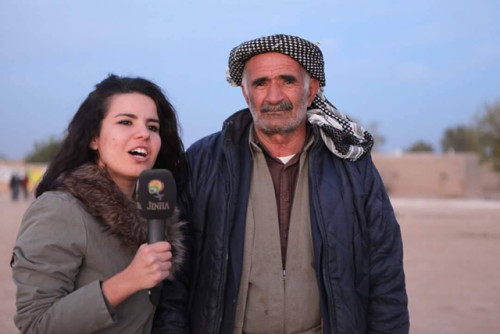