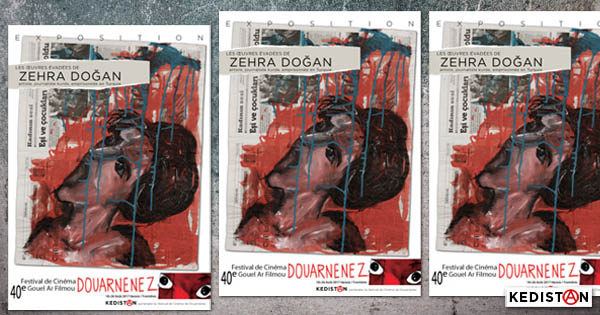 Reminder : journalist and artist Zehra Doğan has been sentenced to 2 years and 9 months in jail. She is imprisonned in Diyarbakir since June 12th. She had previously spent 141 days of incarceration in Mardin, up until December 9th 2016.

Solidarity did not fail to answer the call, but Zehra could not escape Turkey’s open air prison before being arrested again in June. Her works, however, have escaped the prison universe.

Her dearest wish is that they be exhibited, then sold at auction to benefit the families victimized by the exactions in Kurdistan and plunged into precariousness following the jailing of their family members, or their firing in the ongoing purges happening under the state of emergency.

Her wish will be granted in 2017/2018. Kedistan has made that commitment to Zehra.

During the cinema week running in Douarnenez from August 18 to 26, a selection of 22 of her works will be shown at the “Miettes de Baleine” gallery, prior to a full exhibition of some sixty works that will tour towns in France and elsewhere in Europe. 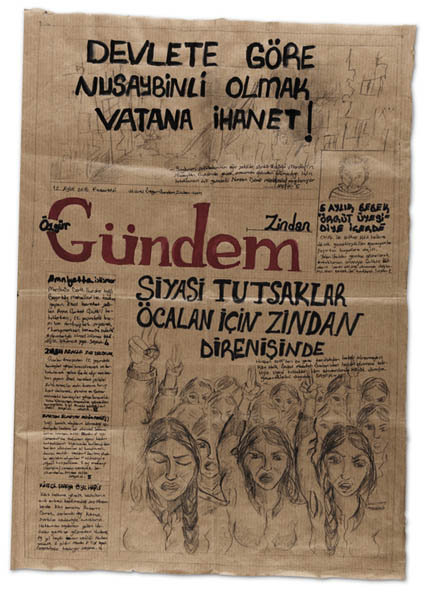 These recent and previously uncirculated works done in « clandestinity » will be added to those she created in jail in 2016.

Let’s pause for a moment for a look at those months she spent awaiting sentencing in 2016, a moment that produced a strong act of resistance in Mardin’s prison for women.

This resistance started from the simple observation that the newspaper Özgür Gündem had been forbidden and shut down.

“Since the sources for free information have dried up, let’s re-create them ourselves »

This initiated resistance organized by the women inside the jail who produced two handmade editions on brown wrapping paper which circulated under the blanket. A shiver runs through you when you hold in your hands what is now a historical « document » testifying to the tenacity of Kurdish resistance, to the inventivity, organization and solidarity among the prisoners, as well as to the politization in jails holding so many activists.

In facsimile form, these documents will be available in the fall. Along with translations of articles, they will be included in the exhibition’s companion book, available in Douarnenez in August, and in bookstores in October.

The book contains a number of Zehra Doğan’s texts, and more than 60 of her pictorial works, paintings and drawings. A way for Zehra to thumb her nose from jail at those who want to shatter what she is. A staging point, at age 28, in her way of resisting both politically and culturally. “Les yeux grands ouverts“ (Eyes Wide Open) swarms with life.

We will never say it enough, some individual figures symbolize entire struggles. Zehra Doğan is one of them. Her struggle in favor of women led to a journalism award for her reportage on the Yezidi women martyrised by ISIS, after which she spent weeks in the besieged towns under curfew, so as to testify both by her writing and her drawings on the murders committed by the Turkish regime’s repressive forces. That time, her reward was a jail sentence for her « apology of terrorism ».

Zehra is anything but an “aristocrat”. At the age of 25, when she founded with others the first entirely female Turkish press agency, she was not invited into the inner sanctums, so common is it for Kurdish journalists to go unnoticed too, because they are Kurds. With its all pervasive nationalism, even in adversity, that’s how it goes in Turkey.

Therefore, supporting Zehra Doğan means being at the core of the topic, not just supporting another call to « freedom of expression ».

Supporting Zehra is also a tremendous way to « protect » her  and to help her and her near ones resist and prepare for the future.

Making her known, fostering her, writing to her, help in the realization of her aid project for the families in distress she met, charging us with the task of acting in proxy by raising her image at every occasion of a demonstration in front of a consulate or embassy, when that is in the scope of our possibilities, of your possibilities.

Supporting Zehra Doğan is giving concrete expression to the denunciation of nationalism and the detestation of a regime in which democracy and justice have disappeared, by putting into the limelight a figure that has lost none of her joy nor any of the necessary spark for an upcoming Newroz.

So, on to your « shares » on social media platforms for your friends, your activist circles or other associations… And on to your own projects too… Do not hesitate to make use of Kedistan in that regard, that’s what our information kits are for…

2017/18 can and must make calls for liberation resonate and, through them, make all the others heard also. 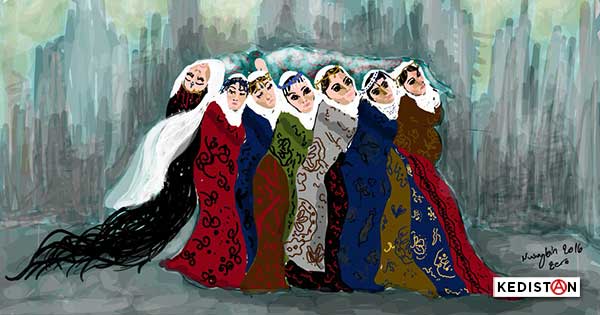 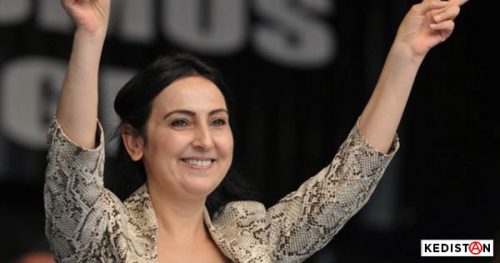