Ukraine • While Waiting for the Bomb |9 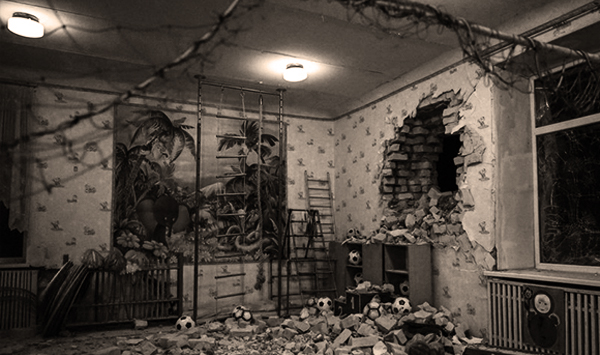 With the Franco-French debates over Ukraine taking an unexpected turn an ex-ambassador to the Poles having lost her bearings, with help from the Le Monde Diplomatique wallowing in campism, I modify the order of my questions a bit.

What is this sudden infatuation with “peace now” ?

The whole thing feels like a third-rate Don Camillo movie. Especially at the sight of “communists” demonstrating with the extreme right in Prague, the same as with Italian fascists, denouncing the “sanctions” and “the war”.

True, the moment is well chosen. While everyone in Europe is trembling in anticipation of a possible lack of heating this winter, worrying over an inflation blamed on “the war in Ukraine”, in a hodge-podge over shortages of mustard and of canola oil, an insidious propaganda for “war now” that would put an end to the “sacrifices” is taking hold in the media nooks and crannies and spreading leftward. And even if, at the highest level, the letimotiv about “we must not humiliate Russia” is being played differently now, everything is done to spread the notion there is only one camp of hawks facing a camp of doves exchanging sallies, and that the war Putin never declared would, in fact be fought by those defending themselves.

The sovereignists who went to war over Alsace and Lorraine talk to us about “necessary concessions in Ukraine”, of “dangers for peace in Europe”, constantly using the term of “co-belligerents” and of “a propaganda war on both sides” in order order to sell us on a nth version of cold war anti-Americanism. And if, in passing they can denounce the “propaganda media” while regretting Russia Today, they lay it on even thicker.

The same ones, for example, who regularly turn over their columns to a pseudo historian who defines as an “economic mistake” the great famine imposed by Stalin in Ukraine (Holodomor – with millions of deaths)  (at that rate, so was the Gulag) and who offers to “open our eyes” on “Ukrainian propaganda”.

This Russian invasion and the war it spreads undoubtedly affects the European capitalist economy et raises issues of economic choices and of energy supplies arising from “the happy globalization”.

Every time the different loads of sanctions against the Russian regime are examined in detail, they underline capitalist contradictions in which the EU is floundering and its protection of “maket rules and competition”, in terms of setting the prices on energy, for example.

The pro-Putin ones then have an easy game of it, explaining correctly that the EU is shooting itself in the foot, since the sources of the super profits generated by this same market are carefully hidden, benefits also flowing to the regime in Russia, in passing. But using this as an opportunity to pull out of the mothballs the argument of the Great Plot by Uncle Sam… And, of course, all this being done “against the People”.

In denouncing capitalisme, how can we religiously spew Putin’s rhetoric denouncing the West and the United States?

War is such bullshit! Yes, of course. But, in passing, Georgia, the annexation of Crimea, the Donbass, were not already “special operations”?

The famous NATO strangle hold and Russia sovereignty under attack, as well the Western duplicity not honoring agreements from the 90s would be sufficient in the eyes of some to justify the invasion of Ukrainian territory, the exactions and massacres taking place there? Oh and no, sorry, they don’t exist, they are all pure propaganda, in order to push the West into war.

Recently, in paraphrasing a famous saying, someone wrote “the anti-imperialism of imbeciles”. As a reminder the word “imbecile” in this instance is used in its first meaning, that of “the weak”. Camping, to which I devoted an article in this series, will lead to political one-upmanship among the populists, gangrening the left, now that it is easy to explain that the poorer ones will be the ones who will lack energy supplies and suffer the full force of inflation. It’s all Ukraine’s fault. This is the discourse of every European extreme right wing movement supporting Putin’s ideology and its criticism of the “degenerate West”. That fractions of the left, united in a wish for “peace” should join, in a spirit a competition a rising mobilization, is nothing but the announcement of an upcoming catastrophe.

“Peace in Ukraine” is meaningless if it is not preceded by the slogan ’No to Russian imperialism, Putin’s troops, out of Ukraine” and if this is not accompanied by “Guarantees of political self-determination for Ukrainian populations” who can certainly no longer be suspected today of hidden sympathies for the occupant. Concrete solidarity, to displaced persons as well as to those suffering over there, is a given. But it is unthinkable to depend on pacifism when facing a warring bloodletter, manipulating the nuclear threat. “You wars, our dead”, born from a specific context, only makes sense in Russia nowadays.

The only remaining path when facing bestial force and murderous militarism  is the use of right and of the force required for its application. This peace will only come through the war against the invader, with the reveral of the balance of forces. Yes, I know, principles are subjected to a drubbing.

These three slogans, no matter how just they may be, hit a wall of powerlessness when faced with the war machine. But the worst political process at the moment would be to ride the nationalist in-drawings in Europe to overcome this powerlessness by renewing with “popular” demonstrations, current encouraged by identitarian sovereignist forces. Hungary is the example of the political result obtained in this way. Perhaps soon followed by the Czechs and Italy?

So, failing the power to “mobilize” for a solution, are we nonetheless condemned to the role of spectator voicing criticism, or rooting for Johnny-get-your gun?

This war, precisely, reveals the functioning of capitalist sources of crisis, around “sanctions”,  the financial system, “energy”,  food options in a context of globalization… Finally, it intervenes during a growing awareness, at last, of the the effects of climactic change et directly calls into question the capitalist organization, particularly the European one. This is something European populations are aware of.

Would it then not be the right moment for denouncing this alibi of  the very real «war in Ukraine” used on the European continent as a cover-up for the capitalist mess and its consequences, and to strike, both by doing what can be done to help the Ukrainian people in surving, defending itself, modifying the balance, while denouncing war profits, questioning the market and the cost of energy, promoting choices of environmental and political choices?

The pacifist sovereignist in-drawing around the preservation of purchasing power should be replaced by elementary solidarity with an attacked People, including with arms, while offering proposals for “sanction” against all profiteers, necessary sanctions for an environmental and social crossover.

And that cannot be expressed while standing side by side with fascists, nor while competing with them on the front of populism.

By the way, what if we asked Erdogan for his opinion?