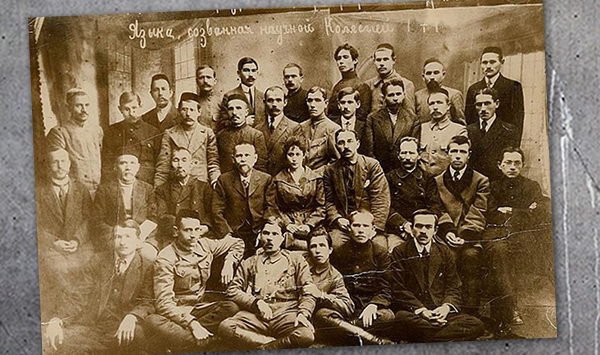 The days will return of spring’s reunion with sum­mer and the peasant’s eyes will still search the clouds. Will it rain? And if so, when?

That year, not a sin­gle drop of rain fell on the vil­lage. While clear­ing out dried branch­es in the gar­den plan­ta­tions, my grand­moth­er con­stant­ly lift­ed her head, look­ing dis­pair­ing­ly at the sky. Arms crossed on their chest, the neigh­bor­hood women gos­siped about the lack of water.

There were only a few days left before school hol­i­days and, I seem to remem­ber, it was a week­end. With Jules Verne’s books on my knees, I had stretched on on the ledge and I was trav­el­ling in anoth­er world. Nei­ther the drought nor the rain were of any con­cern to me. My moth­er grabbed one of the earth­en jugs rest­ing in the sun by the door and dis­ap­peared. My father was about to wash, obvi­ous­ly. Short­ly there­after, he would walk by me, wrapped in his thou­sand year old bathrobe, mop­ping off his head, his eyes.

First, from the low end of the street, I heard the hap­py voic­es of chil­dren com­ing clos­er. I was almost at the end of Mys­tery Island but my curios­i­ty had the best of me and I stood up at the door. A few hous­es low­er down, in the mid­dle of the street, a very loud bunch of chil­dren had gath­ered. Most of them were from our neigh­bor­hood. Sur­round­ed by them, aunt Affe from the Kireççi fam­i­ly was walk­ing with her grey don­key and rais­ing a ruckus. From every house where Affe knocked, some­one would come out, pour a jug­ful or a pail­ful of water over Affe’s head. The woman would then sup­ply  bags of bul­gur, of bread or of but­ter which Affe stored in the bags on the donkey’s back. This strange rit­u­al end­ed when Affe took the emp­ty jug and broke it by smash­ing it on the ground. She was a woman with eyes the col­or of the sky, blond, tall, wet from the water poured on her head, her hair in a mess, shirt and under­wear stuck against her plump body. Every time the water spilled over her, the chil­dren yelled as loud­ly as they could.

My moth­er, walk­ing by with a tray filled with the toma­toes and cucum­bers she had gath­ered in the gar­den, stopped for a moment and looked out on the street.

“Look”, she said. “Affe has become the rain bride!”

In the steppes, being the rain bride is the cure to the drought! The bravest woman in the neigh­bor­hood walked all day long from one house to anoth­er and gath­ered food against the water poured out on her. Pots and jugs were smashed. Affe was the bravest in the vil­lage because Affe was the only woman who rode a bicy­cle. Affe found an iron mine in Ziyaret moun­tain, Affe went hunt­ing with her rifle on her shoul­der and made a hit with each shot. Affe’s voice was so strong that she could call her son from the low­er neigh­bor­hood and he would come run­ning from Aydınaltı every time to join his moth­er. And most impor­tant­ly, Affe was from our fam­i­ly, on my mother’s side!

The crowd moved toward our house. Affe knocked at our next door neigh­bours’. When the water was poured on Affe’s head, the jug slipped from the owner’s hand. It struck Affe on the head. Affe col­lapsed. The neigh­bour pan­icked, the chil­dren howled, the don­key got ner­vous. A bit lat­er, with the don­key tied to the door, Affe sat in front of the ledge, silent­ly. The water stream­ing off her formed a lake at her feet. We looked at each other.

A bit after this, my moth­er called aunt Affe. They both entered the house together.

I was again deep into the books. My aunt Affe came out with her hair washed, combed, wear­ing some of my mother’s dry clothes.

“Apple of my eye, bra­vo, she said once again when pass­ing me. Bravo!”

She mount­ed her don­key and left.

(…) Hav­ing com­mu­ni­cat­ed with the gov­ern­ment in Ankara, Mustafa Suphi and his com­pan­ions were on the road to join the strug­gle, but their road was cut off at Erzu­rum. They were denied access to the town and were re-direct­ed toward Tra­b­zon. 1Town in the Black Sea region

(…) The Istik­bal news­pa­per and the Asso­ci­a­tion for the Defence of Nation­al Rights 2Müdafaa‑i Hukuk Cemiyeti: the region­al resis­tance organ­i­sa­tions estab­lished in the Ottoman Empire between 1918 and 1919. They will end up by unit­ing in the Asso­ci­a­tion for the Defence of Rights in Ana­to­lia and Rumelia, at the Sivas Con­gress. had begun the pro­pa­gan­da in order to incite the people…The gangs were led by Kahya Yahya 3An intim­ida­tor from Tra­b­zon . It was on a Fri­day the peo­ple were told at the mosque that “Those who have mas­sa­cred our descen­dants in Rus­sia are com­ing.” So Mustafa Suphi and his com­pan­ions had their road but off in Değir­mendere. In Jan­u­ary, it was rainy. They were attacked and all fif­teen of them were dragged through the mud. 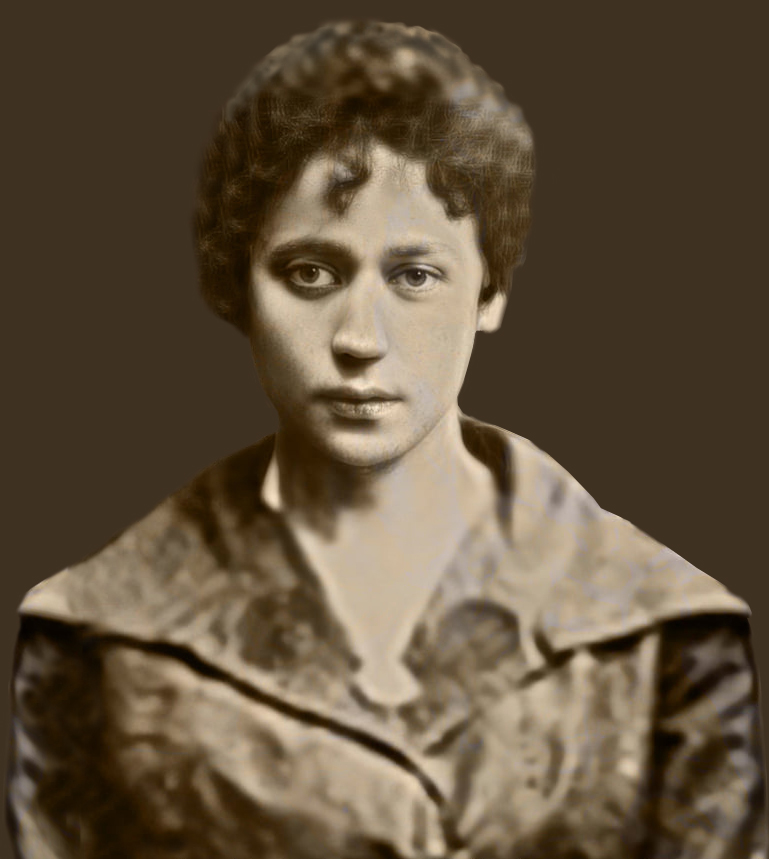 (…) They were forced aboard a ship. The ship which took sail in the win­try night was secret­ly fol­lowed by anoth­er. In this lat­ter one were Kahya Yahya and his men. Two hours lat­er, they caught up with the first boat, board­ed it and attacked with knives and oth­er weapons. Mustafa Suphi and the oth­ers were bound up and thrown into the sea. When the men returned in the ear­ly morn­ing they had Meryem with them, she had been one of the fif­teen. It is said that her true name was Maria. She was Mustafa Suphi’s com­pan­ion and she was a com­mu­nist. (B. Sön­mez — Birgün).

Maria was first tak­en to Yahya Kahya’s. She attempt­ed to inform the Russ­ian con­sulate where she was being held. When the man car­ry­ing her let­ter turned out to be one of Yahya Kahya’s men, she was hand­ed over to the home of Nem­l­izade Ragip Bey [a wealthy notable of the Black Sea region]. A bit lat­er, Maria was offered as a “gift” to the pop­u­la­tion in Rize 4town in the Black Sea region. After count­less acts of tor­ture and humil­i­a­tions, she was killed and thrown into a com­mu­nal grave in Trabzon.

The bit­ter mem­o­ry of the 15, lost in the dark waters of the Black Sea nev­er leaves us. As for  the sto­ry of Maria, Mustafa Suphi’s brave com­pan­ion, it is added to our pain.

While read­ing about Maria’s brave life, I was sud­den­ly remind­ed of my aunt Affe. Maria is a rel­a­tive for us all. She is our “rain bride”. She is our hope. She is the end­less courage of our women. The untam­able waters of the Black Sea, cas­cad­ing in her silken hair are the cure to our droughts. This debt which we attempt to pay for my aunt Affe,  with bread and wheat, we do not know how we can pay it back to Maria.

Because we car­ry this debt of top­pling tyran­ny, lies and torture.

Ercan Kesal
(Excerpt of Zamanın İzinde — On the traces of time)

Ercan Kesal, born September 12 1959 is an actor, director, writer and Turkish medical doctor. He holds a 1984 diploma from the Faculty of Medecine of  Ege University. He worked as a doctor in the State Hospital of Keskin and in clinics in Balâ and surrounding districts. He began his acting career in 2002 with a role in Nuri Bilge Ceylan’s film Uzak. He also wrote the scenario for the film Bir Zamanlar Anadolu’da (Once Upon a Time in Anatolia) with Ebru and Nuri Bilge Ceylan. Beside his acting career, he has published several books, includingPeri Gazozu (2013), Nasipse Adayız (2015), Cin Aynası (2016), Bozkırda Bir Gece Yarısı (2017), Aslında… (2017) et Evvel Zaman (2014).

We main­tain the “Kedis­tan tool” as well as its archives. We are fierce­ly com­mit­ted to it remain­ing free of charge, devoid of adver­tis­ing and with ease of con­sul­ta­tion for our read­ers, even if this has a finan­cial costs, cov­ered up till now by finan­cial con­tri­bu­tions (all the authors at Kedis­tan work on a vol­un­teer basis). Sup­port Kedis­tan, make a contribution.