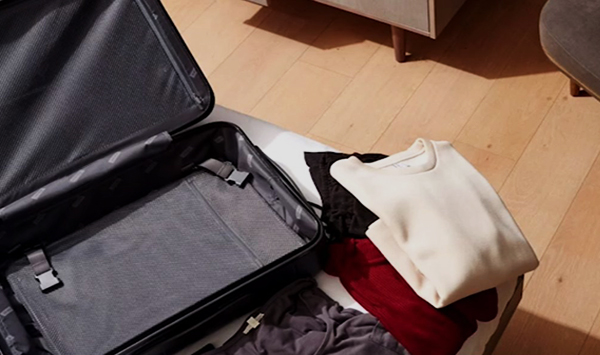 That year, win­ter had last­ed longer and even before spring came, sum­mer had arrived.

As soon as she half-opened the cur­tains she winced from the rays of sun­light, as if sub­ject­ed to sud­den light after a long time spent in the dark. Once the daz­zling effect dis­solved, she looked out­side. Even if the branch­es of the chalef 1Elaeag­nus extend­ing in front of the win­dow kept her from see­ing the street, they brought the bird songs clos­er, giv­ing the impres­sion that all the birds in the neigh­bour­hood were inter­pret­ing a con­cert in the liv­ing room. She opened the win­dow so that this song would invade the inte­ri­or com­plete­ly. Apart from the bird calls, the rustlings from the trees and a few pass­ing cars, the street was rel­a­tive­ly qui­et. For a brief moment, she thought that she would miss this street she did not like. And this made her sad.

In the kitchen, she realised the water she had set to heat­ing for cof­fee had been boil­ing for a good while already. She pre­pared her cof­fee and moved to the table. There was lit­tle time left, and she wasn’t done with prepar­ing every­thing yet. She had to make up her mind. Either she would stay and give up on every­thing just for her, or she could leave and con­tin­ue the strug­gle to make the world more beau­ti­ful. She had to leave. She was deter­mined. Today, she must absolute­ly get her things ready. In any event, she could only bring very few things with her and she had to choose them as quick­ly as pos­si­ble. Every­thing left behind could be sent on to her in sev­er­al months time. At the last sip of her cof­fee, she became aware that she had been sit­ting there for dozens of min­utes. Because the cof­fee had grown cold. She got up slow­ly, went to her wardrobe. She opened her suit­case that had been wait­ing for sev­er­al days in a cor­ner of the room, and put it on the bed.

While chang­ing the things she was set­ting in the suit­case a num­ber of times, she tried to remain as qui­et as pos­si­ble. The chil­dren were still sleep­ing and she did not want them to wit­ness these prepa­ra­tions. Tak­ing off on this long uncer­tain jour­ney with­out them weighed down on her once again. She col­lapsed on the bed.While she cried with one hand cov­er­ing her mouth, the pain in her chest grew with every pass­ing sec­ond. Her eyes caught her reflec­tion in the mir­ror fac­ing the bed. She was star­tled as if she had seen her­self on a ghost train, and stood up sud­den­ly. She moved clos­er to the mir­ror and was sur­prised to dis­cov­er the white strands con­stel­lat­ing her light brown hair, that only a few weeks ago, were like tree pollen. At the same time, she attempt­ed to dry her tears, to recov­er a nor­mal breath­ing pat­tern, despite the sobs. Remov­ing the clip in her hair, she ran her hand through it. A fist­ful of hair stayed in it. At that moment, a voice res­onat­ed behind her. She froze.

“So there won’t be any more hairs falling in the house ? I won’t holler any­more find­ing your hair on my pillow?”

She remained paral­ysed for a moment, not know­ing what to answer to this ques­tion. And set­ting a sad and arti­fi­cial smile on her face:

“You won’t be able to com­plain over my los­ing my hair, think about it from this angle. And the smell of cig­a­rette caught in my hair will no longer find its way onto your pil­low. That’s a good thing,” she said in clipped words that grabbed her by the gut.

The child said “I would have liked your hair to fall on my life, mum­my” and imme­di­ate­ly jumped at the women’s neck and start­ed to sob heavy tears.

The bird­song from the street had turned into a cry in which children’s voic­es mixed in, pen­e­trat­ing the women’s heart. The child was hug­ging her so hard that only a wish to return to the times when it was inside the mother’s body could explain such an embrace. Oth­er than this wish to be in the times when the fear of loss did not exist, there was no jus­ti­fi­ca­tion for this embrace that hurt.

The child cried, hic­cups from the tears filled the woman’s hair. The woman said not a word. Any­thing that could be said would be pow­er­less before the child’s tears. She knew it. She sim­ply caressed the child’s hairs, fear­ing to cause more pain. The min­utes marked by the child’s tear went by. He moved back a few steps and see­ing the pain on his mother’s face, he attempt­ed to dry his face with his hands and to speak at the same time:

“I’m sor­ry mum­my, I let myself go for a minute. I know you must leave and that this sep­a­ra­tion will be tem­po­rary. Please don’t be sad.”

With these words from the child, the pain the woman felt even greater. The one need­ing for­give­ness wasn’t the heart in front over, beat­ing the way a bird’s wings does, but her own. Know­ing this only burned even more. She was dismayed.

Anoth­er weepy voice filled the room then, as she said “my child, don’t ever ask for for­give­ness again. I’m the one ask­ing you, for mak­ing you live through this. Yes, it will be hard for all of us, but I promise you, it won’t be for long. You’ll be able to scold again for the smell of cig­a­rettes on your pil­low. My hair will fall on your bed, I promise you.”

“Why are you ask­ing for for­give­ness, mum­my? You haven’t done any­thing requir­ing for­give­ness! Yes, you are leav­ing, you must leave, but soon, we will be with you. Please don’t be sad, we will be strong.”

The child fin­ished speak­ing and moved toward her moth­er and her broth­er. All three embraced. The birds were still cry­ing. The flow­ered dress, on the top of the suit­case looked at them sad­ly, the hair in the woman’s hand quiv­ered under their three com­bined breaths…

The friend­ship I have devel­oped with an emp­ty suit­case is per­haps the wish to leave behind those wound­ed times filled with those who do not see the cry from the earth crushed under their feet, the sad­ness of the stones in the side­walks, the mourn­ing of daisies, the harsh blue­ness of the sky, the song of the moun­tains, the tears of the rivers. I tell myself that suit­cas­es define the road, depend­ing on what we put into them. Yet, the road was what mat­tered, reveal­ing its colours, along with the suitcases…

Kurdish author, born in 1980 in Diyarbakır. Her literature is known through her poems, novels and short stories. She works as an editor for magazines and publishing houses, writes lyrics and composes songs.
She is a member of Kurdish PEN, Kurdish Literary Association (Kürt Edebiyatçılar Derneği), and Kurdish Writers Association of Mesopotamia (Mezopotamya Yazarlar Derneği).
Meral Şimşek was prosecuted, and convicted for her writings, which focus on social reality. Some of her trials are still ongoing.
She has published three collections of poetry (Mülteci Düşler, Ateşe Bulut Yağdıran, İncir Karası) and a novel (Nar Lekesi). Her writings gave been translated into other languages and have received several awards: In Iraq, in 2016, the second prize and in 2017 the first prize for poetry Deniz Fırat. In 2017, the 3rd Yaşar Kemal poetry prize, in 2018, the best writer/poet prize of Diyarbakır among the “Altın Toprak” awards, in 2020, for her short stories the first prize of the Federation of Alevi Unions of Germany (AABF). The selection Comma Press in England, 2020. And in 2021, the prize for letters, Hacı Bektaş‑i Veli, awarded by UNESCO – AABF/KSK. Also in Germany, the first prize for short stories Dersim Gemeinde e V.Köln (The Massacre of Dersim).