The Dead of Garê, a war crime imputed yet again to the PKK 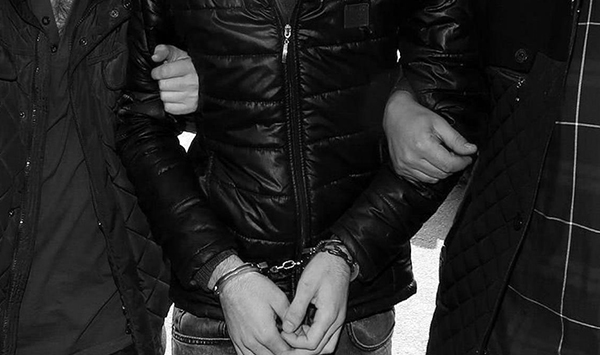 Except for rare exceptions, “observers”, “specialists”, “assigned journalists”, “connaisseurs” of the Middle East and Turkey in particular perform contorsions in order to write or speak of “events” that took place in Garê, and incriminate the PKK for them.

And here, I am only pointing to these expressions in the French media.

While all-news media stations omit talking about it completely, or do so in less than three seconds, so busy are they with the traps laid out surrounding the question of Islam, another kind of press, written or radiophonic, often finds its sources in the AA Turkish agency, via reprints from the AFP.

Thus we learn that “Turkish forces, during an anti-terrorist intervention near the Iraki border, discovered in a cavern the bodies of 13 prisoners riddled with bullets. Responsability rests with the PKK, a party considered as terrorist by Turkey and the international community.” Generally, the “journalist” then mentions “the absence of an independent source to confirm the facts.” Yet one will notice that this version “to be confirmed” and which is the one provided by the Turkish governmental agency, is the only one presented and broadcast to this day.

Thus, the PKK would have executed in cold blood war prisoners it had been holding for over five years in some cases. And just at the moment when it was calling on said international community to hold back Turkey’s arm in its projected occupation and “cleansing” of a part of Iraki Kurdistan, along with similar projects in Syrian Kurdistan. Right at the moment when dealings are occurring with the new American administration, even leading to fresh aid in material. The PKK, “murderer of women, children and babies” as the Turkish agency likes to mention on a regular basis, would thus be totally devoid of a political strategy.

It would also ignore the looming political crisis in Turkey, the authorities’ relentlessness in wiping from the map the Peoples’ Democratic Party (HDP) and would consider it a priority, in full public view, to dispose of burdensome hostages held in Siyanê in the Garê region. In other words, the hawks would have taken over.

Such a crispy-crunchy good hypothesis. “The PKK is a hord of savages worse than ISIS and that’s all.” Let us add that all those who have Kurdish blood in small or large doses, in transfusion at the HDP, should be arrested and imprisonned preventively. And, why not “hacked to pieces” by a janissary no doubt, as kindly suggested by a Turkish minister concerning a political leader the Iraki operation was supposed to “bring back.”

Precisely, let’s get back to this “operation” for which no one is lacking in sources since it has been bandied about by Erdogan for weeks, and was the object of preventive bombings added to the usual ones.

Turkish military operations against PKK withdrawal bases on the Iraki border limits are nothing new. They have been ongoing for decades. We can also speak of war, in judicial terms, between the Turkish State and the armed Kurdish movement. Calling things by their rightful name allows to use the terms “combatants and soldiers” and to speak of “war crimes”, “rights of war” and of their jurisprudence among others, contrary to the term “terrorism” which erases all limits and comprehension.

The operation in question was in preparation since October 2020 and is not, stricly speaking an “operation to protect the border”. This is why it required some precautions and agreements before Turkey could proceed. All these attacks against the Kurdish guerilla have been concerted (and this even very recently) with the Barzanist authorities, managers of the Iraki Kurdish entity, and whose PDK party collaborates with Turkey against the PKK.

The Kurdish movement balks at putting forward political divisions in its midst, and even more so in the midst of the Kurdish people, and yet these run deep with the nationalist Barzani clan, and have just as many implications in Northern Syria, as the various games playing out.

Setting aside this aspect would mean not attempting to understand what were the basic political and military intentions of Turkey in attaking near the Garê mountains. If the liberation of prisoners was perhaps part of the project, it was not its main objective as its long preparation demonstrates.

These prisoners – details about which should be provided shortly by the Turkish ministers before the Asembly, are already known, for some. Just as the PKK itself had informed the families and Turkish authorities about them for the past 5 years, as history has now demonstrated for other cases during this war, Turkish State authorities remained deaf to the the demands of families to open negotiations. This is an averred fact that only serves to reinforce questions concerning the final fate of these prisoners, when one knows that the Turkish authorities were always more than reluctant to take them back.

And in the absence of direct testimony, it is impossible indeed to describe with certainty the circumstances and factual causes to the death of the 13 prisoners. Several bombings and land combats caused victims on both sides, Turkish commandos were sent in then pulled back, all this belongs to facts of war, and yet Turkey was the first to speak of “hostage executions”, of “civilians” before falling back on the thesis of “prisoners executed by bullets”, which it claims it can prove.

“Responsibility” would rest entirely with the PKK and everyone is called upon to speak accordingly.

And by proceeding by association, the cartel holding power in Turkey can advance further the political dismantling of the HDP, ordering the recent arrests of hundred of persons “suspected of terrorism”. Here again, the political process has been ongoing for a long time. And the “Garê” effect, accompanied by “funerals for the soldiers” is being used as was the failed coup d’état in 2016. The PKK would have come to Erdogan’s assistance?

One only needs to have assisted to the session in Paris of the People’s Tribunal devoted to Turkey and the Kurds to know that these “events” have been legion for decades, in this war opposing the Kurdish guerilla and the State. As a reminder, the breaking off of the peace process already dates back to 2015; the offer to reopen negotiations with the Kurdish leader Öcalan, still in isolation, is constantly on the table. This is yet another reason to stay clear of the PKK “hostage execution” thesis put forward by the agencies.

This type of “assassination” attributed to the Kurdish movement and later “admitted” by leaders of Turkish State “services”, wishing to relieve their conscience on their death bed, is acknowledged, compiled and archived. However, we are still awaiting the recognition of the numerous war crimes committed in Kurdistan in 2015/2016. And the “Saturday mothers” are still searching for the remains of their close ones.

In this context, coldly adhering to the condemnation of “PKK terrorism” without asking questions and without a quaking of the soul is to participate in a Turkish political operation.

And yet that is exactly what a representative of the European Union did, quickly and without the slightest filter.

The German ambassador, Nikolaus Meyer-Landrut, has been named as the new head of the EU delegation in Turkey. He was one of the most notable diplomats in Germany and served as advisor to the Chancelor Angela Merkel between 2006 and 2015. He “condemned the PKK terrorist attack”. According to this gentleman, this would be the EU’s official position which was quickly followed by “condolences” to the Turkish State.

The new American administration did as much but… suspending its appreciation to a less peremptory statement than that of the ambassador, “should evidence establish the facts”. This did not keep Erdogan from protesting.

This is neither the first nor the last time that German diplomacy dictates its Turkish policy to the EU, including during the last crisis with France. Did it not recently declare that it would be the first in line to talk investments following the pandemic?

The cynicism and cowardice of neo-liberal policies remain the order of the day when dealing with Turkey. And of course, for example, Turkey will not appear on the European Union’s “black list” of fiscal paradises. On February 15, it obtained a new delay from Brussels on this question.

Once again, the legendary “journalistic objectivity” shows its limits. In the present case, it openly displays its ignorance. There is no need to support or to fight the PKK in order to maintain one’s distances with the Turkish version. It is only necessary to attempt understanding history through another prism that that of an accommodating arrangement of orientalism with kemalism, at the origin of many of Turkey’s ills, and to look squarely at the true nature of the current regime. And this would not be the first time that the political instrumentalization of facts of war would have consequences even more disastrous than the facts themselves.

In closing when one returns to French media, the fact it indulges in navel gazing to establish if said navel responds to “Muslim or Republican values” may be preferable to the fact that it seizes upon the ambassador’s position and broadcasts it widely.