Saturday Mothers: Perpetual Hope over a Quarter of a Century 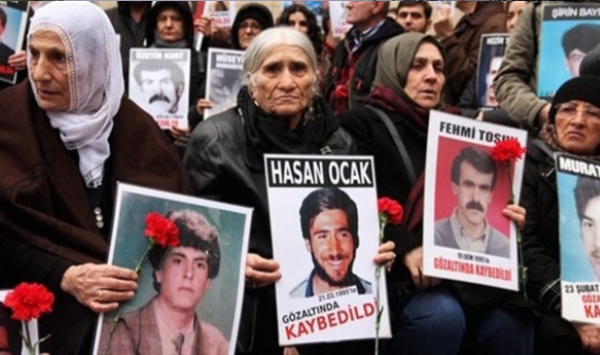 Following the latest assembly of the Saturday Mothers and for the 790th week of their struggle, Kedistan has invited Safiye Alağaş, with an article published on May 17 2020 in Jin News, and shares it with its readers: a translation enriched with videos and other information.

Their struggle was born from the longest peaceful protest in Turkish history. These mothers who do not cease asking what was the fate of their children and disappeared next of kin, whether they disappeared under the snow or in full light of day, find tremendous support in Turkey but also at the world level. Throughout the years they have crossed with such determination, they have been awarded the Hrant Dink International Prize, in 2013, for instance, but they have also been mistreated, arrested by the police in different periods and under various regimes.

The fight of the Saturday Mothers searching for their children “who were disappeared” has been ongoing for a quarter of a century. For the past 25 years, their struggle has persisted, without a respite, without their giving up, without even once abandoning the hope of “finding” their children again.

On the occasion of the “Week of International Struggle Against Disappearances under custody” taking place from May 17 to 31 every year, different initiatives are organized by human rights activists and close friends of the ones who disappeared, with the aim of both honoring the ones who lost their life and of alerting public opinion. And the search by the Saturday Mothers holding their breath, which has continued for 25 years.

The Saturday Mothers’ combat began precisely during a “Week of International Struggle Against Disappearances under Custody” in 1995. As for the powers or their representatives that have succeeded one another during all these years, they continue to pretend not to hear their voices. The gatherings of mothers who, despite oppressions, do not abandon the squares find great support among the public and are regularly an important source of inspiration for poems, songs… 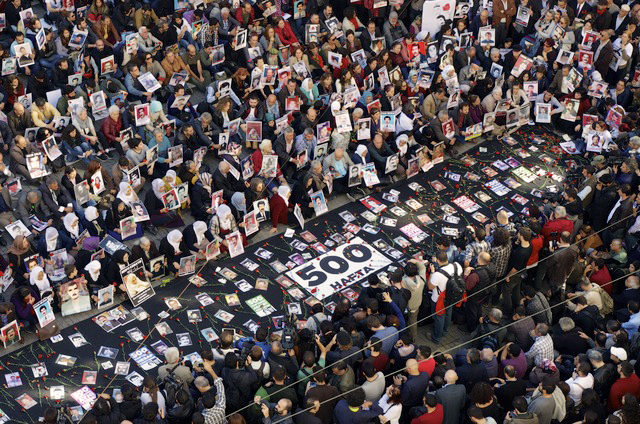 Gathering on the 500th Week

This policy has progressed in Turkey, especially after the military coup of September 12 1980. According to the archives of the Association for Human Rights (İHD), during the coup in 1980, 15 people disappeared while being held in custody.

Immediately after this coup, on September 13, Cemil Kırbayır was taken into custody and disappeared in Kars. On September 18, another disappearance occurred in Bingöl and in November, Hayrettin Eren, in Istanbul, is mentioned among these 15 disappearances.

However, the transformation of forced disappearances into a systematic State policy corresponds to the 90s. During those years, this method was used to eliminate opponents and to spread fear in the population. During this period of the 90s, these practices became so widespread that those forced disappearances did not differentiate between women, children, the elderly. Among them figure persons aged from 3 to 90 years.

Discovery of tombs of disappeared ones

In 1992, with the systematization of disappearances, the İHD organized an important campaign under the slogan “Halt to Forced Disappearances”. Yet a bit later, in 1995, Hasan Ocak and Rıdvan Karakoç disappeared in Istanbul. Following a long struggle, their bodies were found at the end of 58 days, buried in a common grave. This was the first time that the bodies of disappeared persons were discovered.

The İHD repeated its campaign for a second time in 1995, with the Saturday Mothers. And this struggle finding an echo across the country, became a movement. The small group that had gathered for the first time on March 27 1995 in front of Istanbul’s Lycée Galatasaray grew in time, like an avalanche. 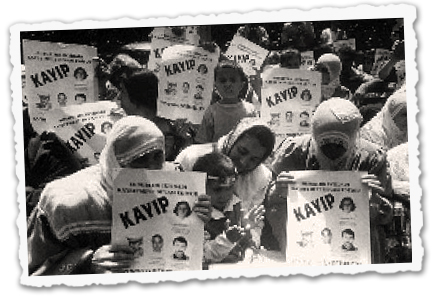 The United Nations: Protection for all, against forced disappearances

In 1999, the Saturday Mothers announced they would mark a pause in their gatherings because of the political tension generated by the PKK leader’s Abdullah Öcalan being brought back to Turkey. After a long intermission, on January 30 2009, the mothers renewed their search for justice and took their place again at Galatasaray.

In 2018, during the 700th week of their struggle (for which they had called on transnational support) Saturday Mothers were arrested after a severe police intervention during which some of the mothers were molested and placed in custody along with other defendors of rights… 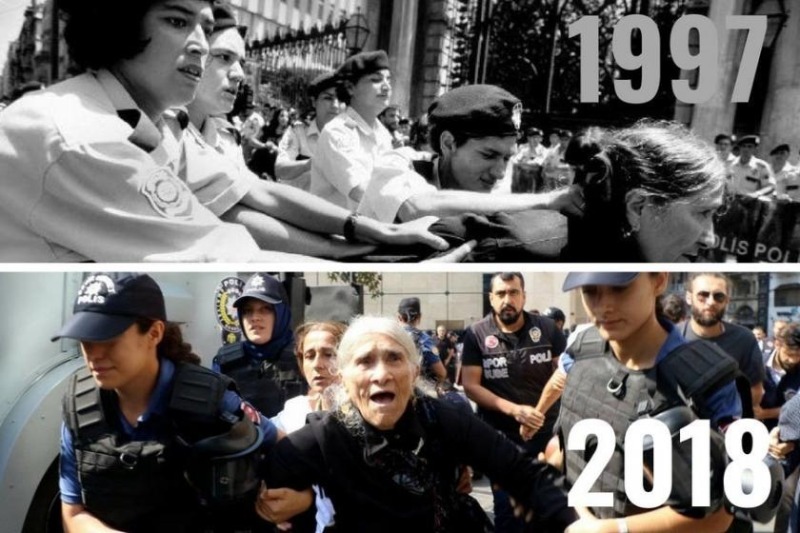 Following this, the square of Galatasaray was put under blockade because of its association with the mothers, and no further declarations were authorized there. The mothers who had not given up on their search for their disappeared ones and for whom access to the Galatasaray square was forbidden by the police, chose to meet in the offices of İHD-Istanbul in order to continue questioning from these premises on the fate of their disappeared ones.

With the declaration of the coronavirus pandemic, they have continued their action for the past eight weeks on social media.

You can follow them and find initiatives planned in different towns:

Ahmet Kaya was the voice of the disappeared, Sezen Aksu that of the mothers

The song “Beni Bul Anne” (Find me, mother) written and sung by the Kurdish musician Ahmet Kaya is now considered one of the most popular songs in Turkey. A number of musicians have given various interpretations of it.

Thus, with Ahmet Kaya becoming the voice of the disappeared, singer Sezen Aksu has chosen to carry the cry of the mothers. In support for the Saturday Mothers, she has also prepared a mini album titled “Cumartesi Türküsü” (Saturday Song) containing two titles but the album was not put on sale. The album conceived for the 5th anniversary of the magazine Aktüel was offered as a supplement to an edition which featured Sezen Aksu’s portrait on the cover, under the heading “I am also a Saturday Mother.”

In this country where any challenge is difficult and immediately repressed, the Mothers appear like the rocks beaten by evil winds but who serve as vigils for a number of resistances, under various guises. A hope, there also.