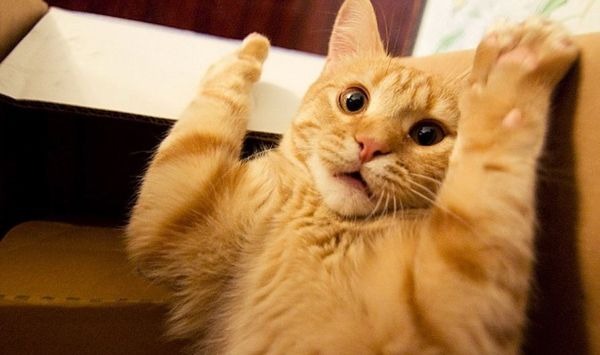 Following upon the generalized astonishment and through the process of “something new we learn every day”, a movement is starting to take shape for a return to profit-making.

Behind the modest mask of “the economy”, capitalism has not laid down its arms and is busy fine-tuning its strategies to continue the planetary holdup despite the pandemic.

These strategies take different forms, depending on the “democratic fiber” of the populations involved. In Europe, it is called “de-confinement”. In the USA, it’s a presidential decree to “re-start the economy”. In Brazil, it involves the firing of a Health Minister and the sordid eugenist ideology that deems “may the strongest resist” and “let the vermin disappear” – not said in so many words – but applied nonetheless.

We can all agree on the fact that the neoliberal ideology, meaning the one capitalist globalization has applied these last decades, will mutate as virus do. The experience the quasi totality of humanity is living through will require some accommodations.

In Europe, the “de-confinement” will be done in the name of “freedom”.

And although a number of “scientists” – but not only – signalling the level of unprepardeness for a return to so-called “normality” are very skeptical, since the pandemic is far from over, politicians are picking up the tune of individual freedoms, understood to mean, the freedom to undertake, to exploit fellow humans by re-opening the market in all its aspects.

Back to work, the money printing press is overheating! We must restore real profit.

A number of governments know they are on borrowed time. The neoliberal policies they have pursued have clearly foundered once subjected to reality testing. Disorganization, carelessness, political choices based on financial austerity applied to all common goods, including health and life, have become glaringly obvious. Returning to capitalist normality, even with more Keynesian policies in which the market is not entirely free of constraints, strike them as urgent in order to anticipate all hints at questioning the system. A good old return to daily alienation on a Covid background and gun in hand, that should do the trick.

But freedom will be under surveillance.

What a better time, when such measures are not sufficiently accompanied by medical and prevention logistics, for large-scale testing of a method of surveillance.

This is how cameras were introduced previously, using the excuse of prevention against terrorism or robbers, all for the “public good”…Of course, no one was off in a corner rubbing his hands with glee, like a sneaky conspirator. But from one security measure to the next, fundamental freedoms came under surveillance nonetheless.

Neoliberalism has the peculiarity of individualizing the worker, the consumer, giving him the sensation of permanently fulfilling constantly reinvented desires while, at the same time, secreting a security-based ideology, in order to “guarantee the consumer society’s” sources of daily happiness. Pushed to the limit, this is 1984.

If the workings of the barely subdued financiarized capitalism win out during this de-confinement, we could see the appearance of all sorts of authoritarian populisms, inheriting these tools developed during a pandemic in order to favor the system’s policies. The only element lacking for the time being: politicians and their flunkies capable of creating the needed enchantment around the strategy.

Elsewhere in the world, confrontation is clearly at work in order to put the people back to work. Depending on the degrees of pre-existing acceptance prior to the pandemic, and the hold of the powers in place, changes can be expected there also in the coming years and even, paradoxically, stronger autocracies.

In the United States, we can bet that a Democrat would not have done any better than a Trump.

The epidemic might have been better controlled than with a negationist, but the victims would have been the same ones, social inequalities and the existing clearly class-based health system acting as suppliers of discriminatory mortality. The reasoning and the resistance strategies would not doubt have struck us as more ‘European’ with Democrat politicians. Whereas now, the American presidency, resting on the populist approval of those still attempting exorcisms of the “alien” virus, and the “armed” suprematist unemployed demonstrating for the re-openings, along with a good share of the nationalist financial sectors of course, are fighting a political battle against their very States for a resumption of business.

In Brazil, a eugenist in power theorizes – without saying it in so many words – the notion of the virus performing a cleansing out of his social opponents, and there also, we see an assumed supremacism. Brazil has too much to lose in stopping the destruction of the planet and its financial elites have too many links with global finance, its corruption and its investments in the predation of eco-systems, in order to accept en enforced pause. Bolsonaro will go for broke and, despite everything, remains the candidate for an entire flourishing agribusiness. Moreoever, the disappearance of biodiversity will also involve that of humans the system considers “undesirable”, if brakes are not applied by civilian society to this murderous policy in the coming months.

In the Middle East, trench warfare prevails. The frontlines are in abeyance and the virus, although much less murderous than the bombs, provides a momentary distancing in the war. In Turkey, the regime fears divisions in its midst, with corruption finding less sources than usual. Paradoxically, important debates emerge around life, and that of prisoners, for example. The old bigotted Muslim foundation has occasional revivals where least expected, in order to compensate for the government’s failings, creating co-habitations of solidarities one thought long dismantled by the exesses born from power. And it will be difficult tomorrow for this same governmental power to relaunch a stricken “economy” at the same time as its militarism…The triumphant neo-Ottoman Turkey of 2023, anniversary of the Republic, will lose some of its grandiosity.

To round up my sampling, I’ll raise the Chinese issue.

Over there, 1984 is already a reality. The relaunching is taking place and will continue, using the same methods applied to the stoppage and the confinements. Over there, no direct opposition, nor consultations or negotiations. The condition of the world market and of the resumption of demand will condition the re-awakening of the machine put at rest for security reasons. This will also provide China, the great globalized workshop, an opportunity to renegotiate increases externally, and internally, to remodel links between emerging fortunes, State capitalism, investment freedom and political power. The impending crises related to the rising standard of living in the previous decade and that might have touched on salaries or democratic demands, for example, are held in abeyance for a while.

China thus becomes both the economic hostage taker and the rising power to be struck down as the sovereignist withdrawals gain strength. Yet, more than ever, China’s opportunity to develop its globalized”new Silk roads” is on the agenda. The conspiracy controversy concerning the origin of the virus, re-launched by some, is but the appetizer for those to come. And the debt, even virtual of the Western economies also provides the “Chinese Empire” leverage it will not fail to exploit in the coming years, in order to weigh down on financial crises and favor its “trading posts”.

All of these succinct remarks, totally superficial, incomplete and full of dead ends are nonetheless a foundation from which to undertand that “tomorrow’s world” will remain under the control of those owning both the capital and the profits it produces, as a result of the instrumentalization of States they contributed in building in order to administer and apply their enrichment strategies.

For a time, ultra-liberal strategies will be downplayed in order to put the people back to work.

In this back-to-work program, every resilience, every solidarity, every common pool of energies, every survival of proximities so happily displayed in the struggle for survival will unravel through gains accumulated, not by the political teams themselves, but by the State apparatus. Many red lines were crossed during this great collective fear, concerning fundamental acquired rights, Law itself, imposed habits of surveillance and control, all to be integrated tomorrow into daily living, “while awaiting the vaccine” they will say.

Who’s to know in all this who’s the holdup man. The same one no doubt who, after having us raise our hands and forced us to wash them five times a day, will fill his Stock Market with the fruit of those hands’ labor.

This column to be continued as part of a series published since March 18.