Turkey • What are they doing in prison? 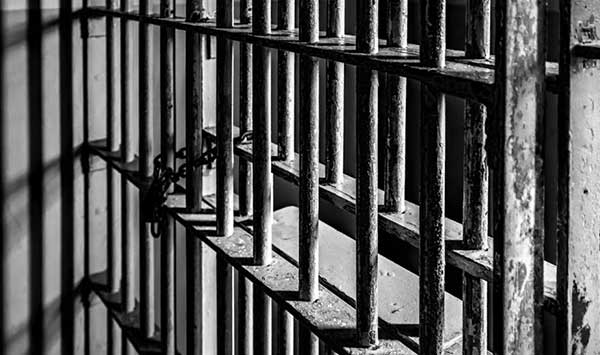 The bill of law dealing with the liberation of prisoners because of Covid 19 excluded political prisoners from this measure. Following a speech by Sezgin Tanrıkulu, CHP deputy (People’s Republican Party) and human rights adovate, a campaign has appeared on social media “Ne İşi Var Cezaevinde” which could be translated as “What is he/she doing in prison?”

Dear deputies, I respectfully salute you. I will make reference to History, particularly for my “friends” of the AKP.

Turkey’s Constitution was modified on December 27 2002. Why was it modified? I don’t know if some of you here now remember. It was modified for the benefit of Recep Tayyip Erdogan, General President [of AKP]. Your president could not participate in the elections on November 3 2002. He had been sentenced under article 312: “Inciting people to hatred”. [Someoen adds: he had read a poem]. Yes, he had read a poem. Do you know why he could not participate in the elections afterwards? “For having participated in ideological and anarchic actions”. Had Recep Tayyip Erdogan participated in an “ideological and anarchic” action? I ask you, had he done so? Not in my opinion. At the time, as Chairman of the Diyarbakir Bar Association, I met with his lawyer and offered to be present at his trial. Because it was an opinion-related offence. But, according to the constitution, since this was considered an “ideological action”, he could not be a deputy, nor a Prime Minister. Following which, this Assembly, in which the CHP also sits, modified the Constitution for Recep Tayyip Erdogan. He was thus elected during the March election, deputy, then Prime Minister.

My friends, this Assembly opened the way for him. Do not forget it!

But today, you the victims, have become tyrants. You maintain your opponents in prisons. And you hold them in death row, during a full-blown pandemic. When did you become tyrants? This Assembly modified the Constitution so that Recep Tayyip Erdogan could enter politics and now, here, we vote a law so that political prisoners will stay in prison! And you do not say a thing about it!

Look, here is his own declaration on November 23 2013. He says an amnesty is possible for political offences. A topic discussed during the “resolution period” [concerning the Kurdish question].

Listen, dear friends, there is a pandemic! You are sentencing to death all those people in pretrial detention when no condemnation has been pronounced against them. This also called torture. Dear friends, examine your conscience, our obligation is to let these people live. What are these people doing in prison without a sentence? Methods of judicial control exist. Do not allow this cruelty to proceed. Do not allow it! I come from the realm of Justice, I was a lawyer for 25 years, I was chairman of the Bar…If you allow this kind of thing to go on, the same will happen to you tomorrow. The very same!

Consequently, this Parliament has duties. We will heed the voice of our conscience, and we, with our conscience, our intelligence, our common sense, will widen this bill so as to include all our citizens excluded from it. We must establishe justice in the execution of sentences.

Listen to your conscience. Are they terrorists? What have they done? Did they commit terrorists acts? Take up arms? Did they glorify terrorism?

Listen [he is speaking to the AKP deputies] with this same logic, your general president was considered as partaking in anarchic actions? It was the same mentality. Do not be the executor of this logic. We were opposed to this cruelty against you. But now, concerning the victims you have created, you exercise the same cruelty by using your majority.

What are thinkers doing in prison?


This political outburst by a deputy of the CHP honors him. But the panicky government in Turkey and its Party the AKP, against all rules, cynically see an opportunity to double the “punishment” on its opponents.

Not only is this political maneuver ignoble, it also illustrates the extent of the ignorance of what an extension of the Covid 19 pandemic inside overcrowded prisons could mean, and its disastrous consequences for all of Turkey.

But can you expect any better from a fascistic regime?