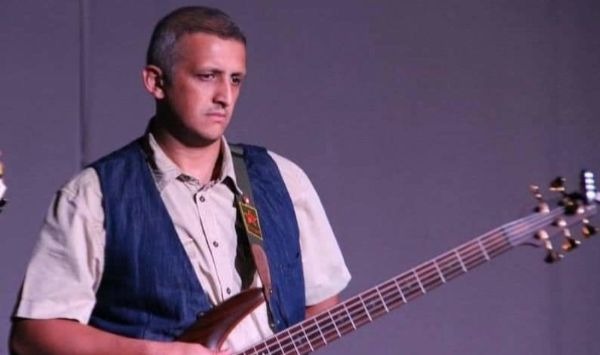 Kedistan has always attempted to offer a supportive voice for all hunger strikers, be they the struggles of Nuriye and Semih or of the members of Grup Yorum, as well as the hunger strikes launched by Leyla Güven or of other groups or persons who could not manage to be heard by any other means, unfortunately. We have attempted to serve as a relay for their struggles as best we could, so their demands could be heard, particularly by international public opinion. It is with a feeling of legitimacy, because of this uncompromising support and solidarity we have always brought to these struggles although they breaks our hearts as witnesses, that Kedistan opens its pages to Mine Rabia’s cry for Ibrahim’s life, without disrespecting the strikers’ determination.

“İbrahim Gökçek must not die”.
This is the most innocent and humane appeal in the world, but for some, it represents a huge “betrayal”.

Whoever says uncompromisingly “İbrahim Gökçek must not die” finds himself or herself in the blink of an eye, labelled a “traitor speaking the language of power, a resistance breaker, collaborator,” or even “a spy”.

Those who speak this way would like the appeal “İbrahim Gökçek must not die” to be addressed solely to the State; and that no one ask the organization acting as the non-official wing to the hunger strike, that this useless action should cease. That if the tyrannical State does not understand reason, neither do they; that while the elephants fight, the grasses get trampled: Helin has died, let Ibrahim die also; so their names will spread…

As for us they accuse of insensitivity or even of betrayal, we who have never been silent because we have appealed to the State as much as they did, but have not said what they wished to hear, we will be charged with the heavy weight of a responsibility that, truly, belongs to them.

Because, either we are with them, or we are treacherous enemies. As if not supporting a hunger strike the effectiveness of which did not convince us meant we did not support the legitimate demands of the strikers.

Yet, I for example support all of Grup Yorum’s demands; but supporting hunger strikes to the death, never! And that turns me into one of the greatest of traitors. What a sublime comedy.

How to escape from these accusations? Should we say “İbrahim Gökçek must die”? Is that what you want?

Obviously, supporting this action would mean nothing else than “İbrahim Gökçek must die”, given circumstances in which the obsolete action known as a hunger strike is no longer effective, neither in the eyes of the State becoming constantly more cruel, nor in the eyes of ordinary people who have entered a new era with indifference, where the State has not become reasonable, not even when faced by Nuriye and Semih‘s resistance which received the greatest support in this country, and will never accept unconditional demands, even when exposed to the entire country; and since the opponent is determined not to put an end to the hunger strike despite the epidemic representing a very great risk for İbrahim.

Somewhere in their mind, Ibrahim is already dead, and all that remains is his immediate burial. Some whose only concern is staying in the news, attempt to accuse others.

I never had the kind of pen that strings together pearls about the beauty of life, producing cheap literature with texts where every second sentence is in the category of “life is worth living”. I write none of my texts from that angle, including on this topic. Quite the opposite, my whole life has been spent, arm in arm with death. I am someone who knows full well how this cursed life can lead people to huge rebellions, throw them into deep sadness, and can lead them to believe death is their only means of expression. And even as a person having experienced it personally, remains handicapped for life. This is why I am so torn…

Because that’s not it!

The method called hunger strike to the death [unlimited hunger strike] which never achieved meaningful victories compared to the lives lost, has now lost its function and become something else. It has morphed into something resembling the pagan rituals of human sacrifice. In the center, an altar and people barely covered with skin and bones, stretched out on it. And infernal figures that feed on death, dance and stomp around them in this savage sacrifice!

I encountered death’s cold face many times. I learned when I turned away from the grave I was supposed to enter alone that no revolt, no struggle for rights could be more important than the suffering of my child and of my mother whom I would leave behind; that besides them, even those closest to me, after a few days of sadness, would not remember me, nor my struggle.

Just like all those who came before them, Helin and İbrahim also will be nothing other than names we will recall once a year. For their comrades, some of which are afraid to witness the burial because of their legitimate fear of the epidemic, they will have no meaning even beyond the publicity for “sacred martyrs” of their movement. They will go on burning like embers only in the heart of their mother and of their children if they have any.

Many hunger strikes were carried out in this country. Scores of people died during resistance movements in Type F prisons, and because of the insufficient medical means at the time, scores of others remained handicapped for life with the Korsakoff syndrome. Who remembers them now? Who visits their family whose suffering has not ceased, or worries about how their handicapped comrades survive? Who gives them one centime of aid, une bite to eat? No one!

Personally, I do not want a painful end for İbrahim Gökçek.

And like any being exposed to such a horrifying pagan mass, who becomes a spectator to imposed cruelty, I claim the right not to want this.

An artist’s greatest revolutionary struggle is through art. And, if one wants, art can ben produced even from the depths of a well. This world has known artists who wrote their poems, their music, who drew on the walls of the cells in which they were thrown, on toilet paper, on their own skin. And with their creations, they are the ones who moved the public the most. İbrahim Gökçek must live and struggle with his art. His sacrifice to the ambition of some through a death neither this State nor his comrades care about is, contrary to what is theorized, a betrayal both to humanity and to the revolutionary struggle.

A hunger strike to the death is no longer a resistance but a means of pleading with the tyrant and, as such, can become a humiliating act.

They also say “no one is asking you to take part in a hunger strike to the death, if you don’t approve, shut up!” Don’t they know that the spectacle incorporates the spectator as an element in the spectacle. If death is the spectacle, the cruel ones mark the way by howling “die! die!” while the others cry out “do not die!”

I belong to those who tear themselves apart by crying “do not die”. And I know there are hundreds of thousands of others who, like me, are torn by a burning heart and think “do not die!”

Be stubborn in the face of all those cruel ones, both close and distant from you, do not die, İbrahim Gökçek!

This country does not need the death of its suffering ones, but your melodies, even emerging from the depths of a well. And those who truly love you need to see you live so as not to die of sadness.

“Martyrs never die” is something that does not exist İbrahim. Martyrs die! They die and are buried in the yellowing pages of a calendar, abandoned to oblivion. And life goes on for everyone, except for you and your family!

And you also know that, in a reality where death has become so ordinary, sacrificing one’s life for one’s beliefs does not destroy any evil. 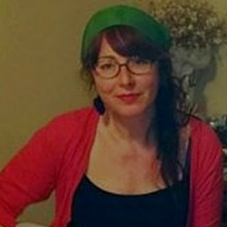 Writer and poet, activist in the defense of human rights. Author of the book of poems “Külden” (Ashes) published in Turkish in 2014.

She studied Law at Istanbul University and cinema-television at Mimar Sinan University. She has worked as production manager in cinema, editor and as an independent publisher.