The Common Good: Lake Salda in Turkey is endangered 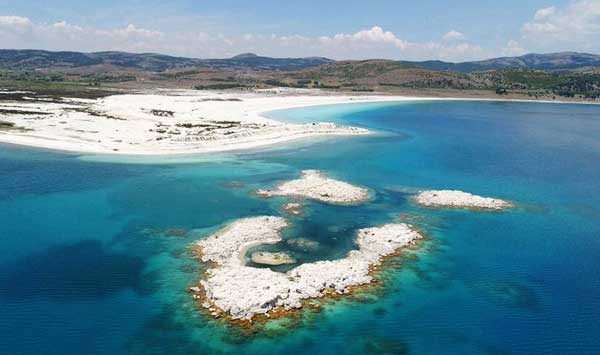 In Turkey, devastating and profit-motivated “projects” respect neither common sense nor the coronavirus… While all eyes are turned toward the pandemic, concrete moves forward…

The latest example involves Lake Salda in the Yeşilova district of the Turkish province of Burdur. A paradise is to be destroyed in a project named – what a joke – “The Nation’s Garden”, covering 300 square miles.

Lake Salda, known as the “Turkish Maldives” is fed from a single source, the Düden stream. In 2016 already, construction had begun of an artificial pond on the Düden “for flood prevention”. But the residents had protested against this project that was causing visual pollution and threatened the lake’s water supply. A legal battle ensued and the courts decided to suspend the project and to annul the Ministry’s decision for which “an environmental impact assessment was not required.” Nonetheless, while the legal procedures were ongoing, the General Water Directorate continued and completed the construction.

Now, despite the challenges and protests by the population, the layering in concrete seems to be on the verge of becoming a reality with the Nation’s Garden project. When we speak of layering in concrete, this is not a figure of speech, the containers are already in place, in order to pour concrete into… the clear blue water. 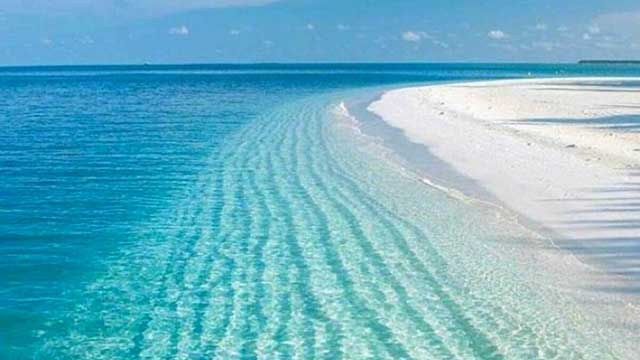 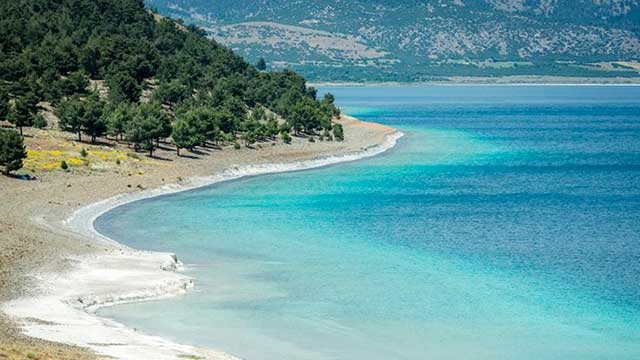 In 1989, as a reminder, Lake Salda and its surroundings were declared a “1st degree natural site”. Salda, a tectonic lake covering 44 square km and with a depth of 184 m, is the second deepest lake in Turkey. As the photos illustrate, this lake is known to be the purest and the most limpid in Turkey. Its waters rich in magnesium, lye and clay are beneficial for certain skin diseases such as yeast infections and acne. Bathing being allowed, the beaches around the lake are much appreciated by the locals. The hydrobiological features providing the lake with all its beauty are directly related to the natural structure that surrounds it. It should also be noted that scientific research conducted on the lake is said to reveal information concerning the biological beginnings of life on earth.

The lake is surrounded by a forest of pines and fir trees giving shelter to partridges, hares, boars, and the lake also shelters 110 bird species including wild ducks.

On the tourist road leading toward Pamukkale, Salda is a summer stopover for tourists who cannot find pensions there but have camping spaces galore.

The firm that obtained the bid launched on July 31 2019 has already installed its containers and white lined the building zones. As for the Ministry of the Environment and of Urbanism, it announced at the same time that it declared the zone a “Specially protected zone for the environment.” 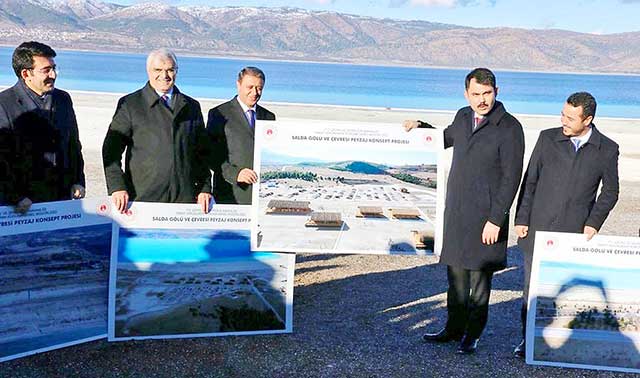 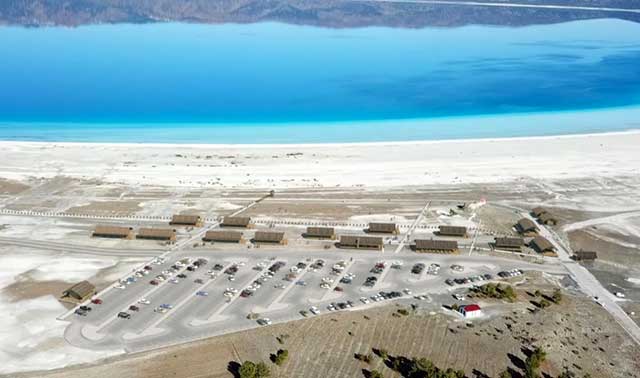 In a joint press release last year, AKP deputies for Burdur, Bayram Özçelik and Yasin Uğur announced that the number of visitors had reached 1 million 300 thousand. “In the 1000 square meter area of public beach, there will be cafes, buffets, cabins, washrooms, a mosque, an administrative unit, a health and rescue service, parking spaces as well as commercial services. As for the location known as Beyaz adalar (the white islands) an enclosed space of 1715 square meter will be provided for the visitors.”

There exists a platform called “Hands Off my Salda Lake” for individuals and civil society organizations fighting for the lake’s protection.

Its spokesperson, Gazi Osman Sakar speaks with determination: “Lake Salda is an enclosed basin. Filth can gather there with no natural means of discharge. Our aim is to protect the beauty of Salda. Yet, those in power see everything in terms of ambitions for profit. This is why they want to destroy Salda also. We will do everything in our power to protect this zone. I wish to specify that the firm in question changed its plans after obtaining the bid. Even the firm itself does not know exactly what it will be doing over there…” 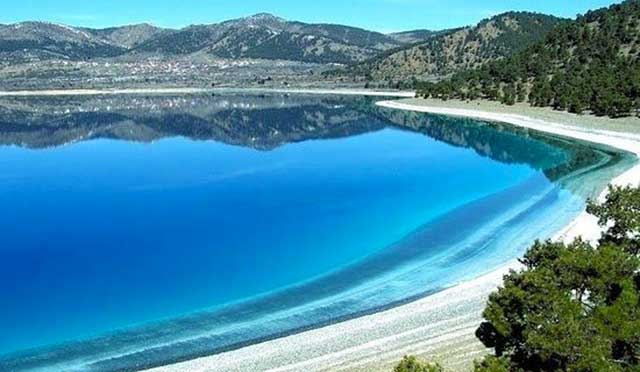 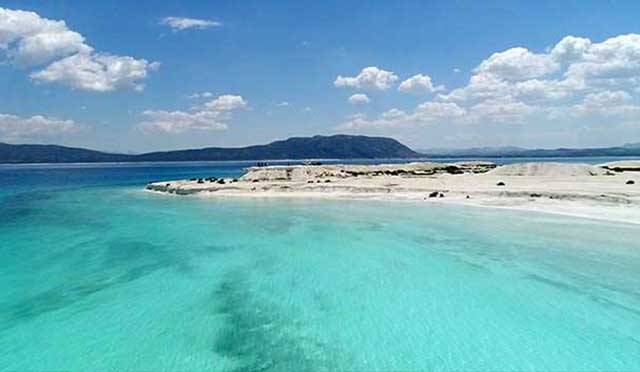