Turkey • Disappearance of a Syriac couple in a village of Şırnak 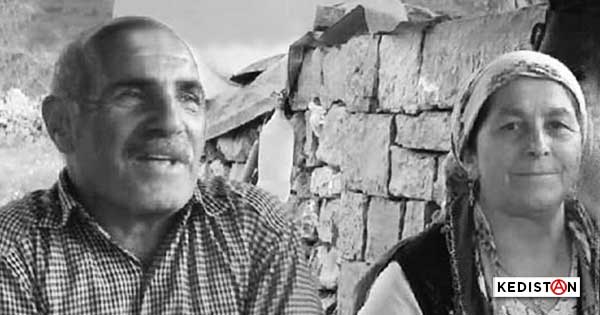 Hurmüz and Şimoni Diril, a Syriac couple from the village of Mehre (Kovankaya in Turkish) in the district Beytüşşebap of the Southeastern province of Şırnak have disappeared since January 11.

Remzi Diril, the priest of the Istanbul Chaldean Church is their son and he is the one who reported the disappearance of his parents last January 11. The couple resides both in the village of Mehre and in Istanbul. Mehre is located in a difficult mountainous region that is also a military zone, access to which is forbidden. Only a few people live in the tiny village and they are also relatives of the couple.

Family members visiting Hurmüz and Şimoni on January 11 first noticed their absence. They set out searching with their own means, after which they signaled the disappearance to the gendarmerie who then began searches…

On January 16, following the news of the couple’s disappearance the office of the prosecutor conducting the inquest imposed an ordinance of confidentiality on the matter…

An ordinance of confidentiality on the file

Tuna Çelik, Syriac deputy from the Peoples’ Democratic Party (HDP) declared on February 3: “Three or four days after the incident, neighbours are reported as saying that the couple was kidnapped. Why did they not say this from the outset? According to their statements ‘three persons, including a woman, kidnapped the couple’. A technical search was conducted on the basis of this statement, but it gave no results.” 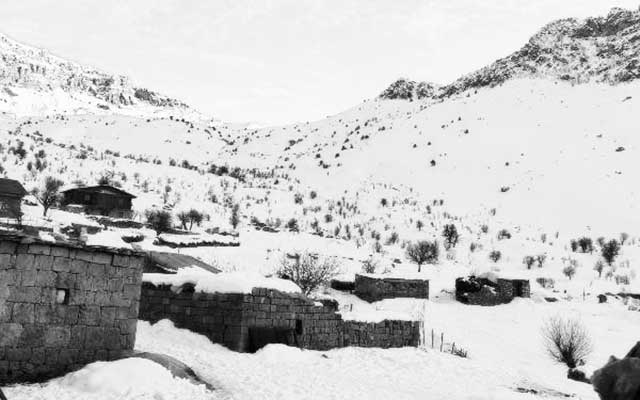 The family’s concern cover many areas, since the disappearance involves two Syriacs, members of a Christian minority living mainly in the Southeastern part of the country. Remzi Diril underlines that, given winter conditions, searches are difficult and even impossible at times, with heavy snowfalls and risks of avalanches.

Tuna Çelik adds “Moreover, the fact the prosecutor’s bureau imposes an ordinance of confidentiality on the file raises many questions. According to the information I received from the district governor, a technical search is underway. (…) If the State cannot find the couple who has disappeared for 24 days in such a zone, that means it is incapable of doing so. I do not believe that Turkey is incapable of this, which means the search is insufficient. I do not think the State is conducting the required searches and salvage operations with all of its instruments.”

The fears of the Syriac population

As Brucu Karaks from DW informs us, after meeting the Syriac population, they are worried.

Aziz Demir, the muhtar (the village official) in the village of Kafro, Mardin district, is a Syriac from the region who was forced to leave his native land in 1985. He was also one of the first to return to Turkey in the years 2000.

“We feared assimilation in Europe, this is why we decided to return”, he says. He adds they did not really receive any aid, either in Europe where there is an important Syriac diaspora, or from the Turkish State. “Some destroyed villages were rebuilt. Our homecomings were important but, apart from a few exceptions, we received no aid. Even for the infrastructure, we managed by ourselves with no State aid. We were 16 families, and each one invested ten thousand euro for the infrastructure Same thing for the sidewalks, we invested thirty thousand euro.”

Kafro, Demir’s village, was emptied of its inhabitants in 1994 and remained uninhabited until 2006. According to Aziz, an important number of Syriacs living in Europe long to return to their native land, but they do not dare to do so. “We see no future here,” says Aziz, “the economy is a problem, politics, another. You can’t manage to look ahead. What would a youth do settling here? Still, they are filled with nostalgia and long to return.”

He relates a memory that still weighs on his heart. During the inaugruation of the church built in the village, security forces told him, concerning deputy Tuma Çelik “he had better not come, if he comes, you will be held responsible! “Aziz says he was vexed: “They treat him like a terrorist. Why should he not come, isn’t he the deputy?”

As a Syriac who has returned to the fold several years later, he also has a demand, “I am also a citizen of this country. The State must then respect my rights. Why is it that Syriac is not also accepted as an official language?”

Aziz Demir considers the disappearance of the Diril couple worrisome… He recalls the recent arrest of a priest. Sefer Bileçen, the priest of Mor Hakup Church, a monastery some 1 500 years old, was taken into custody in Nusaybin during an inquest on the fight against terrorism. The minutes of the inquest dated in 2018 contained the allegation that “terrorists entered the monastery” and served to accuse him of “supporting a terrorist organization” (meaning the PKK). Last January 10, the tribunal in Mardin decided to jail him. “I think it is intimidation. Why would something that occurred a year and a half ago suddenly resurface in the news? I interpret what is going on as meaning ‘anything can happen tomorrow’. The State can intimidate.”

As for Evil Türker, he is the President of the Federation of Syriac Associations. He was one of the persons in contact with authorities during priest Bileçen’s custody. He also points out events of the recent months, indicating his concern. Evgil Türker also think the State wanted to intimidate the priest, “but there has been a strong and unexpected reaction in public opinion”, he says…

Concerning the disappearance of the Hurmüz and Simoni Diril couple, Evgil Türker notes that some claim there are elements indicating a kidnapping against a ransom. “If that were the case, why keep silent for close to 20 days?” he asks. He also indicates that very few Syriacs live in these frontier villages and that, following these events, they may decide to leave the region.

The body of Şimoni Diril was found in a river near their village on the 70th day of the disappearance.

A few years ago, the website “Turquie Européenne” published a study by historian and journalist Sébastien de Courtois. It provides a very thorough documented look at the situation, no matter what the kedi may think of “religiosities”.