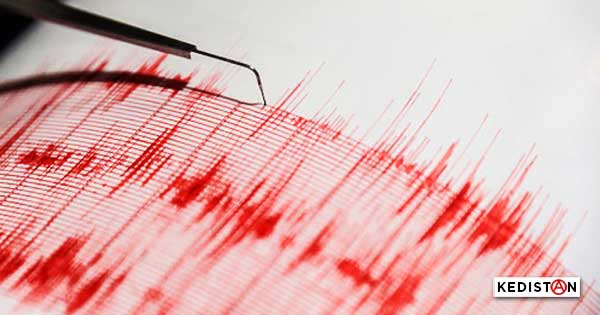 Turkey is a strange country always awaiting the next tremor to figure out if the previous one was a lesson! As to the answer to the question “what preventive measures were taken?” this is a State secret!

It is a country where not only the earth trembles but also where social fault lines are in constant movement, with a rising axis of poverty, injustice, erosion, and polarization; and where fascism is becoming institutionalized.

Indeed, a number of natural, social and political tremors provide the unfortunate naked expression of this reality since the 1999 earthquake (in Izmit), through the one in Van in 2011 and the recent one in Elazığ. People have been subjected to the destructive effects of these tremors and continue to suffer their consequences. Thousands of people have lost their life, thousands have been wounded, the country’s economy is severely affected. The tremors experienced have not only affected social psychology but they have also left deep imprints of destruction.

The critical question this week then becomes whether a lesson has been learned from the tremors or not. Are earthquakes written into fate? Given that Turkey occupies a seismic zone, that the largest part of its lands and population are at risk, that since the 1900s to this day, close to thirty smaller or bigger earthquakes were experienced on Anatolian lands, where countless social tremors have occurred, carrying with them hundreds of thousands of lives… Given that 66% of the lands are on fault lines carrying a first or second level of risk, that 11 cities with populations of over one million, that 70% of the population and 75% of big industrial installations are at risk of seismic tremors… Is it possible to say “earthquake are destiny”?

Of course, one cannot avoid a tremor which is a natural phenomenon. But the question is about the impossibility of creating a mechanism of political power that sees to the interests of the people as the priority, one that can keep natural phenomena from transforming into catastrophes, capable of producing structures adapted to the need and that can avoid social tremors by securing conditions and consequences around earthquakes. One is led to understand that this political power ignores the fact that Turkey is a land of tremors, that it denies the evidence that a functional and transparent control mechanism would provide the major measure allowing to anticipate earthquakes. A political power that leaves humans to face their fate alone, that chooses urban rehabilitation projects as the only solution to the threat of tremors, legitimates profitable projects, ignores the promotion of a policy centered on the people. Social life, the satisfaction of human needs, rights and basic freedoms were never included in its agenda!

For example, following the tremor in Van (2011) we witnessed in Turkey the despair of the inhabitants who, while they were dealing with the loss of their loved ones had to struggle for survival in extreme conditions, reduced to a hunger strike with then no other solution than to leave the town. We also saw that, in the 1999 earthquake in Marmara just as in Van, the disasters did not unite society under a common denominator. We witnessed a growing social polarization, to the point of seeing some who were satisfied to let others suffer. Thus, neither were the destructive consequences of tremors averted, nor were adequate steps taken during interventions following the catastrophy and the management of the crisis. As if this were not enough, the victims of the tremors in Van were used, through falsified projects, as material for populism in the public opinion.

Earthquakes are impossible to prevent, but their destructive and deadly aftermaths can be anticipated. By not sacrificing the country’s resources, not idealizing war and investing billions in death. This regime, like the ones preceding it, could succeed in this under such conditions. For this reason, the fact of considering earthquakes solely as natural catastrophes, explaining them in that way to the citizens, along with the absence of planning and prevention, and the denial of scientific data, takes the form of the greatest flippancy imaginable: ignorance, closing one’s eyes, premediated assassination!

It is essential that sensible human beings in Turkey fight for needed peace in our region, adopt a clear position in dealing with imperialism and its politics in order to overcome those who sow the seeds of violence, hatred and hostility in these lands where we could live in peace; in order to initiate conditions for fraternal living together in peace, against the culture of lynching fed by racism and nationalism, to bar the way to political forces that transform natural cataclysms into catastrophes. Indeed, these are the very realities that constitute a message to political powers, a warning to public opinion and sharing the load of moral and conscientious responsibility for all!

Sara Aktaş, poet, writer and Kurdish feminist activist, is a member of the Free Women’s Congress. She has published two books of poems, “Aksi Yalandır”, (The Opposite would be a lie) 2013 and “Savaş Yıkıntıları”, (War Ruins) 2005.

Jailed on a number of occasions and at risk of long years of incarceration, she took the decision to seek refuge in France. She continues writing for different media.