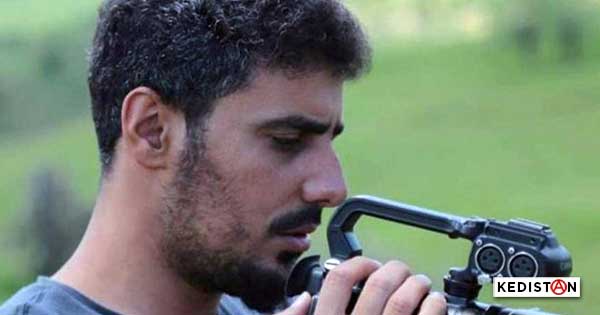 Kurdish journalist Aziz Oruç was arrested and placed in custody on December 11 in Doğubayazıt (Ağrı). He is immediately branded a “terrorist” by the Ministry of the Interior and the media at the regime’s service. Today, on the fifth day of his custody, we hear his detention has been prolonged. By the intermediary of his lawyer, Aziz tells what he has been through.

I was left for dead, I need solidarity

Aziz explains that on December 8th he crossed from Souleymanieh (Irak) toward Iran and was placed in custody at the Iran-Armenia border.

“The police in Armenia took me into custody, claiming my passport was a fake. They locked me up for hours. They threatened me and beat me. I told them I was a journalist condemned to prison in Turkey and wanting to make my way to Europe. I requested asylum in Armenia to the people holding me prisoner in this room. But all my requests were denied, accompanied by threats. They handcuffed me and threatened to turn me over to Iran “where they hang people”. Then, they sent me to Iran and turned me over to the Iranian services. They placed me in custody for two days, before presenting me in court. I was sentenced to the payment of 1 million 800 thousand Iranian tomans prior to expulsion.”

Forced to enter Turkey as a clandestine

Aziz speficies that, following this sentence, Iranian intelligence services did not bring him back to the initial border outpost but to another, approximately 1 km further, forcing him to re-enter Turkish soil as a clandestine.

A call to solidarity

Yesterday, Aziz Oruç addressed a call to public opinion. “As a journalist, I attempted to be the people’s voice for years. I was and am presently detained in severe isolation in Iran, in Armenia and in Turkey. What I now need the most is your solidarity. With the hope of recovering better tomorrows.”

Meanwhile his colleagues, unions and corporative organizations have denounced the disappearance of the principle of presumed innocence and given their support to Aziz Oruç. They have called on the authorities to free him. On social media, his friends, colleagues and supporters have launched a solidarity campaign with the hashtag #AzizOruçGazetecidir, meaning “Aziz Oruç is a journalist”, along with the hashtag #GazetecilikSuçDegildir, now famous unfortunately, meaning “journalism is not a crime.”

Hülya Oruç, his companion, shares this family photo. “We are truly fine terrorists! Aziz Oruç is a journalist. Journalism is not a crime. I am proud of you.”