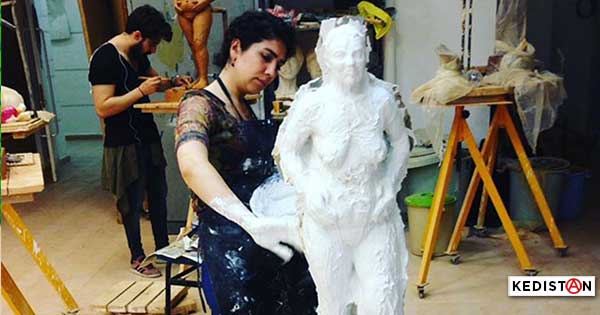 Turkey, land of every type of oppression, targeting even art, remains among the leading countries in terms of persecutions, violations of rights and jailings. It also takes the front rank in terms of artists thrown in jail.

The courts remaining under political pressure, its journalists, politicians, defendors of human rights, but also artists, are stamped “members or propagandists for an illegal organization” and sent to jail. Dilan Cûdî Saruhan is one of these artists. Accused of “belonging to an organization” and sentenced to 9 years in prison, she has been incarcerated since December 2017 in Istanbul’s Bakırköy women’s prison. In a recent letter, she speaks of conditions in jail and says “Although here, everything tends to isolate the spirit thus gnawing away at it, I resist. Because of my strong belief in life and in art.”

Note from Kedistan: From Aslı Erdoğan to Zehra Doğan, including Ahmet Altan, the words of artists and authors are muzzled in Turkey. Their words and writings in describing the world of jails and of their resistance to incarceration are remarkably similar. 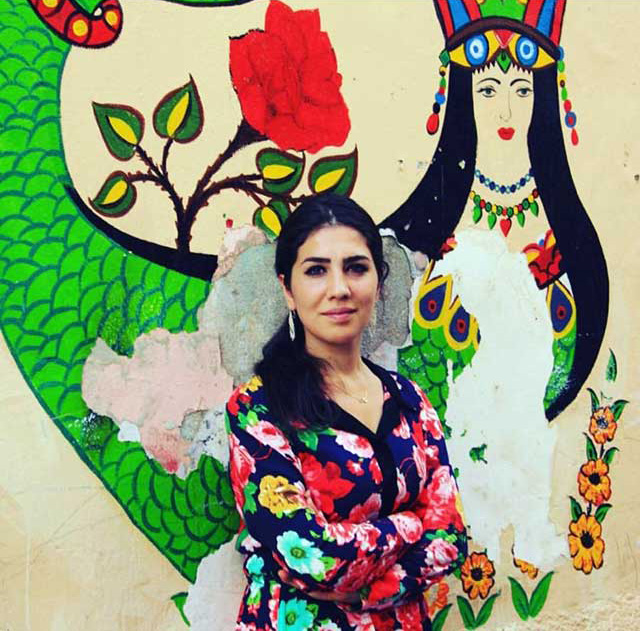 I am speaking to you as a woman prisoner in  a country surrounded by walls.

To be an artist in opposition in a city called Istanbul is sufficient to fill the requirements leading to becoming a prisoner in this country of pharaons. This country has always been one where those who opposed, who rebelled, who participated in the revolutionary struggle, were made to fill the prisons. But now, even persons considered potentially in opposition are also in jail. I who am an artist resisting against all kinds of tyranny, and a Kurdish woman, am here also.

On the road I followed to make my dreams come true, every one of the exhibitions I had planned took place without me. The sculptures I was making remained unfinished. For a long time now, my clay sculptures have dried out and cracked. And here, what I feel that I need the most, is a bit of clay…

The judge considered my exchange of messages with a school friend as “contrary to the common sense of life” and, in truth, what were sanctioned were the facts of loving human beings and my artistic sociability. What was judged wasn’t my person, but the relationship to another human being.

And underlying this was the anger against my identity and my maternal language. That is what was condemned in fact. As you will have understood, because of my messages “contrary to the common sense of life”, I have been held for the past 21 months inside a “rehabilitation home.”

Although here, everything tends to isolate the spirit thus gnawing away at it, I resist. Because of my strong my belief in life and in art.

I increase my creative strength through writing and drawing. In impossible conditions, of course, and by inventing possibilities. There is no paint here, nor paintbrushes, nor drawing pads. There are no scissors, no glue. There isn’t even a relatively decent pencil. Reading resources are extremely limited. But I told myself, “there are still eyeliners, lipsticks…” and I drew. Sometimes neither pen nor notebook could be found at the canteen. I told myself “there are colored threads”. When there were no more threads, I un-knitted my sweater, I took needle and thread and I embroidered, like my mother does. I embroidered a sky, first. Then, the night…I represented nights, the light of the moon through the bars. I embroidered them on my own T-shirts.

There is also the question of getting what I do to the outside world. The guards at the door do not understand what I produce and consider it worthless. Once, during a search in our quarter, visuals I had collected for a collage were noticed by the guards. They wanted to confiscate them and throw them in the garbage because “accumulation is forbidden”. I fought, and won, I didn’t let them get away with it. Other times, when I wanted my lawyers to take out my drawings, the prison administrators tried to confiscate them. I fought them and managed to go against them.

Rules against creation rise up constantly in my way. This unyielding will to obstruct may attempt to confiscate, to leave me unfinished, but in vain; drawing, writing, creating are the only things they can never obliterate.

Essentially, what I want to say: even if I am locked behind four walls in a 7-door labyrinth enclosing 21 people behind bars; even if in this “rehabilitation home”, controllers try to invade our intimacy; I will never give up my free thinking and spirit, thanks to the work of the 21 women here, I will never be “rehabilitated”.

Support Dilan Cûdî with your cards and letters