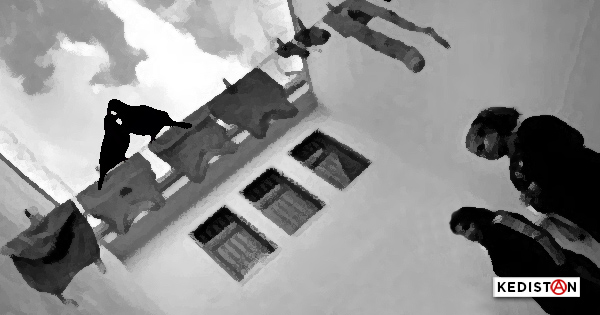 Since January 29 2019, feminist journalist Ayşe Düzkan is imprisoned in Istanbul’s Bakırköy jail. She was sentenced to 18 months in prison for having expressed solidarity for the newspaper Özgür Gündem, which was forbidden and closed by a decree with force of law, on April 16 2016. For these same actions of solidarity scores of journalists, authors, academics and lawyers such as Aslı Erdoğan, Necmiye Alpay and Eren Keskin have also been prosecuted. 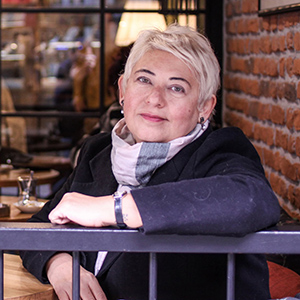 Ayşe Düzkan had been unable to write one of her columns for Artı Gerçek since January 30 2019. On the last column written just before her incarceration she had called to write to imprisoned journalists, and support them. Her title: “Letter to journalists we could not meet…” (Tanışmadığımız gazetecilere mektup…)

Following a long separation from her readers, she sent this text written in jail. The column was published on March 30 2019 on Artı Gerçek.

We are more than happy to share it in translation.

Recently the solitary dove from the promenade brought back a partner to my window. Both lingered for a while. Our buddy drank a bit of rainwater that had accumulated in the lid from a jar of yogurt I had put out in front of the window, to keep her from moping. The other one took up a post on the clothes line. There was no contact between the two, except for a very brief touching of the beaks. Shortly after, they both flew away.

Honestly, I experienced a disappointment. In the animal realm, is not the dove  in charge of love and affection?

The raising of budgie birds is authorized in jail. In fact, I saw bags of bird seed and sand in the canteen. (In his book The enemy on the bridge, Murat Türk who consumed a quarter century of his life in jail, tells a moving tale about budgies.)

I don’t have much in common with birds.  And yet, among many other things, this makes me nostalgic here: animals. I don’t mean the persons of feline origin with whom I lived on the outside, who figure in the categorie of persons I miss, but dogs in a hurry, as if they were trying to make on time to an appointment, the serious tigerish street cats, the lazy redheads, the playful kittens…

Coming back inside from sports the other day, I met a cat in the corridor whom I guessed was a member of the staff appointed to mice elimination. But he had the ponderous air of a civil servant and ignored me. But being here has its positive aspects. No need to run back and forth in search of work, for example. Plus…there are no messages arriving from groups on WhatsApp.

Moreover, I say this to make Istanbul habitants envious: there is no Metrobus.1Bus rapid transit at İstanbul

As if all this were not sufficient, discussions about the elections are few and far between. For example, there are no “if voting changed something…”Because most of us – the condemned ones – do not have the right to vote. Don’t misunderstand me, this makes a huge difference. For this same reason, there isn’t a problem such as “on June 25th, I had sworn I would never vote again…What shall I do?”  But there is the anticipation of ending the month, the joy and pride of March the 8th, the hope of “let’s wait and see this time…”, the protection of travelling companions, accounting that overtakes one when alone…dreaming, imagining…and a  feeling of freedom the mystery of which I cannot fathom.

To read the author’s other articles (in Turkish) on Artı Gerçek, click…