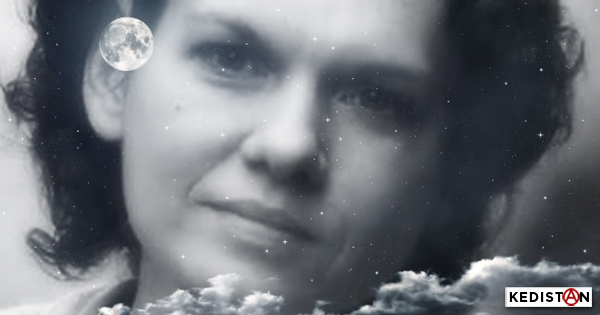 The most cruel of months

(May 30 2016, Evrensel) 76th day of the curfew and the siege in Nusaybin. After the YPS announced the retreat of their armed forces, the operation took on more strength, the bombings , the strikes from tanks and canons gained in aplitude. 24 of the 42 persons extracted from the neighborhoods having been arrested, there are reports that many civilians are being tortured. “Those who came out were civilians, most of them young. A liberation was staged in a compassionate manner, but afterwards they subjected them to torture: their families saw that during custody, their skull, their arms were broken.”

Şırnak was hit by shells on the 76th day, a constant uninterrupted bombing, several houses were burned down.

In Cizre, Emrullah Er (19) while going to fetch his mother so as to go see his grandfather who had not left his house since the 35th day of the curfew, was taken as a target and arrested by the police and before they were finished with him, he may lose his arm…”They said  they would not open fire on the white flag…They fired, they arrested him despite his being wounded.”

The fate of Hurşit Külter of Şırnak remains uncertain.  After the prefecture declared that Külter was not being held in custory, it was signaled on the Twitter account of the special forces that he was being held by TEM [anti-terrorist unit]. The answer given to Mahmut Külter by BÖF Tweet_Güneydogu,  when he asked for news of his cousin:

You’ve come too, gundi (peasant in Kurdish) @Kultemahmut stay calm. Hurşit is on the knees of his big brothers of the TEM, in shorts, we have made him sweat a little, but he’s better now. Don’t stress, wait your turn. (May 28 17:11)

One month later, June 30 – As the military operation begins in Lice, contacts are cut off with 19 villages and 58 hamlets. The IHD [Human Rights Association] declares it is concerned for the lives of civilians and that there are fires everywhere.

No news of Hurşit Külter for the past 35 days. His mother describes the month that has just gone by since the disappearance of her son as a “nightmare”.

(July 6, Özgür Gündem) The military and special police forces that laid siege on the hamlet of Mehla, of Kerwas village, Lice commune on June 30th subjected to torture the 34 villagers who were fighting against the fires. Mehmet Şirin Kocakaya lost his life during the torture. “They were kicking Mehmet and his brothers, Mehmet’s moans could be heard from 300 meters away, reaching his paralyzed father… They took us all – they left the three little children and Mehmet’s father in the armored car and made us wait. Ten minutes later an ambulance arrived for Mehmet. We asked a soldier: “they put him in the ambulance but there’s a good chance he’s dead, he said.”

Three children among the 42 civilians held in Nusaybin related the torture in a letter they sent from prison. H.A. and E;T., 16 years old, wrote that the soldiers who handed out cakes and fruit juices in front of the cameras took them back once the cameras were shut off. And that they were then subjected to violence for hours, that the women were dragged by the hair and thrown down the stairs. H.A.’s arm was burned, his index finger broken by rifle butts, he may lose an eye. C.K (16 years old) who was tortured despite his bullet wound to the belly, wrote how he was handcuffed and dragged, after the cameras were shut off.

No news from Hursit Külter for the past 41 days. “Give me back my son, dead or alive. What have they done to him?”

Back page news: City Hall in the Van metropolis is working to treat domestic animals in Gever. Traces of burns were found on a majority of the animals and the risk of famine and epidemics is great. On the photograph, there is a street dog, his muzzle all black, who has taken refuge in a house transformed into a pile of rubble: where he took refuge, under the window, between an upturned chair and and a chest of drawers, he died. No wounds, no blood, he may have been partially burned. A torn white curtain hangs from the window: with compassion and magnificence, the June sun shines down on the dog who has lost his coloring.