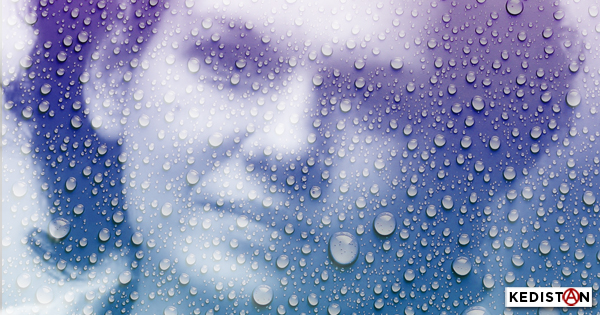 History Readings by a Madman

How can I say, the paradigm was clear and simple at the time, agreed to by everyone, it matched up with reality. In this “homogenous” period (end of the eighties, nineties), on the genesis of which the historians can’t agree,  the “Kurdish question” didn’t exist, for example, because the “Kurd” didn’t exist yet. Those tribes  that spoke Turkish poorly, chewing on the words, were known from far back, they were mountaineers, wore the saroual, were crazy about firearms, and feudal. In those days when photos of Kenan Evren disappeared from the walls, they had gone up to the mountain and had never completely come back down again, they massacred babies as soon as they had a chance to,  but this business was going to stop “by end of summer at the latest.” In the Western medias who did not accept our power, “strange” news circulated: towns were put under blockade, machine gunned for days on end, troops opened fire on crowds at funerals, people became lost; a mentally handicapped child was tied to an armored car and dragged for wearing a bracelet with three colors. Those were really strange news… Armenians were no longer in the news, we knew that after they had set fires  and wreaked destruction with their gangs, they had lost hope of beating the Turks, and had left these lands in a mass. In fact, this was the advice given to all those who did not love this country.

At last, on one fine day, everything changed. Althought the first Kurd had not yet been dragged off to jail, or lynched for speaking Kurdish in public, had not yet identified as such, the word “Kurdish” had entered the public space, and taken possession of the dominant medias. The theory stating that Kurdish was an Ottoman dialect was announced in 2006 at the latest. That same year, for a sentence he had constructed without a single spelling mistake, a Turkish writer 1Orhan Pamukreceived the Nobel prize. Most Turks considered he should have given back the prize. The Nobel winner was judged as were several other persons that year, under the same articles of the penal code, and he was acquitted. From then on, de facto and ipso jure, he benefited from freedom of expression in Turkey.

When the “Law to fight terrorism” concluded that persons who defended  the same viewpoints as “the terrorist organization” did were also terrorists, we were in the process of celebrating across the country our liberation from the military yoke. Within five years, one third of the “terrorist criminals” in the world were incarcerated in Turkish prisons. During that time, we had voted to find out if the liberation from the military yoke was sufficient or not, we had also rid ourselves of the deep state. Despite the resistance of those who were reticent about autonomy, Turkey was changing, and giving the whole world the finger. Those were the days when Kurds were discovered to “be brothers”, everyone was in the streets, we beat world records on the use of tear gas. Our arms industry was nationalized, thanks to TOMA,2water cannoncourage was back. Our entrance into Damascus was a matter of days. Even the most sceptical, when they heard that the order to bomb 32 Kurdish smugglers on the frontier3Roboski Massacre, December 28, 2011was given by a civilian, agreed that, really, we couldn’t call this a “military yoke” anymore.  We knew the Kurds were brothers, but we had trouble calling them civilians…Civilians again, one or two,  were going to decide what crimes the military had committed against civilians, thus our “civilization” would attain its utmost limits.

In 2016, during a funeral ceremony4of Mohammed Alifar away, a rabbi said Turkey must stop killing the Kurds, this speech was served up in the dominant medias under the title “A strange speech”.  If the United States have a white house, we have a colorful palace, and the whole world knew that the days when we received orders, instructions and lessons in morals were left far behind.