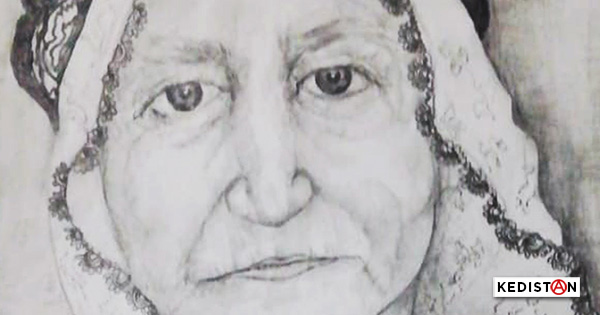 Since her forced transfer to the vile prison of Tarsus, along with 19 other co-detainees, Zehra shares the same quarters as Mother Sisê.

A few months ago, journalist Özgür Amed wrote [French and Turkish] for Kedistan the life story of this old woman, presently imprisoned despite several health problems. Mobilization by the media, social networks or administrative approaches for her release have been ineffective. And here is the decision of the Health Commission: “She is malingering, she stays in jail.”

Yet, according to the report done at Mersin hospital following 8 days of exams in November 2018, Mother Sisê no longer knows the day, the month and the year in which she is, does not know her age, no longer remembers what she ate the previous day, cannot memorize the names of her co-detainees, cannot tell the difference between day and night, suffers from incontinence and muscular deficits.  Following a cough, the biopsy practiced at the hospital revealed suspicions of lung cancer. In summary, taking into account  her age, her health problems and her physical and mental deficits, the report noted a loss of autonomy reaching 97% and specified that keeping her in jail endangered her.

This Commission is convinced that Sisê Bingöl “is malingering”, and following a perfunctory auscultation on January 7 2019, the report claims her general condition is acceptable, that she has no memory lapes, and that her respiratory and heart functions are normal. She shows some limitations in moving her legs and hips, muscular pains and failing eyesight.

The final report notes that, since Sisê Bingöl does speak Turkish, controls of her spatio-temporal orientation could not be done, but that she walks and expresses herself perfectly normally. Vertigo and losses of consciousness were noted, due to hypertension, she must use towels because she is incontinent and has experienced a few incidents of uncontrolled defecation. No motor pathology was observed in the neurological examination. She claims a loss of memory but when she is made to talk, there is an effort on her part “to pretend being in bad health”. Other than consequences of diabetes, there are no observable neurological deficits.

So Mother Sisê will stay in jail…

Zehra has drawn Mother Sisê on many occasions… She sends us a message with a new drawing, done, as usual, within the constraints of the prison environment.  She draws Sisê’s portrait, and that of baby Dersim, 2 years old, who is incarcerated with her contemned mother.

These being the youngest and the oldest of the women with whom she now shares her daily life in jail.

“The result of Mother Sisê’s procedure at the medical commission…They have produced a report stating she must stay in jail. Her health is very bad. She coughs all the time. She doesn’t sleep at all at night. Her blood pressure is too high and she can’t manage to eat. Our letter explaining her situation was confiscated. They made her wait and wait and told her she would be freed. Now, they say she can stay in jail. We haven’t told her, so as not to sadden her.” 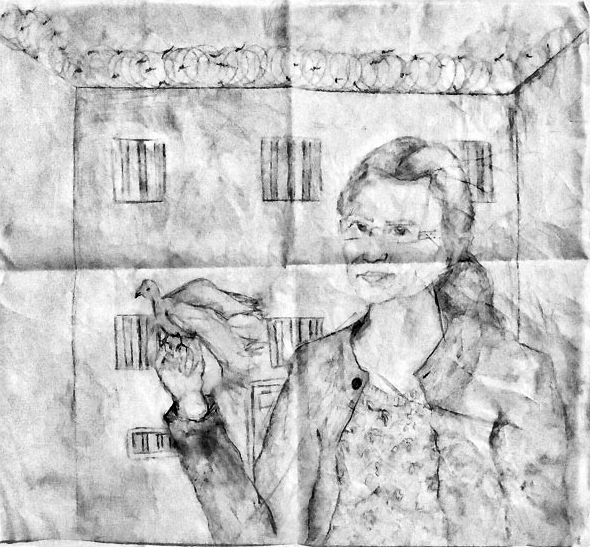 At the same time as Leyla Güven, HDP deputy on hunger strike, has just been freed from the prison in Amed (Diyarbakır) where close to 230 other prisoners have also adopted this form of struggle, Zehra continues her work as a journalist in prison, under the worse of conditions, and uses her art to do so.

She rubbed shoulders with Leyla Güven for months in Diyarbakır and also did her portrait before her forced transfer to Tarsus. This does not make of her a criminal or a terrorist.

Journalism and portrait art are not crimes! 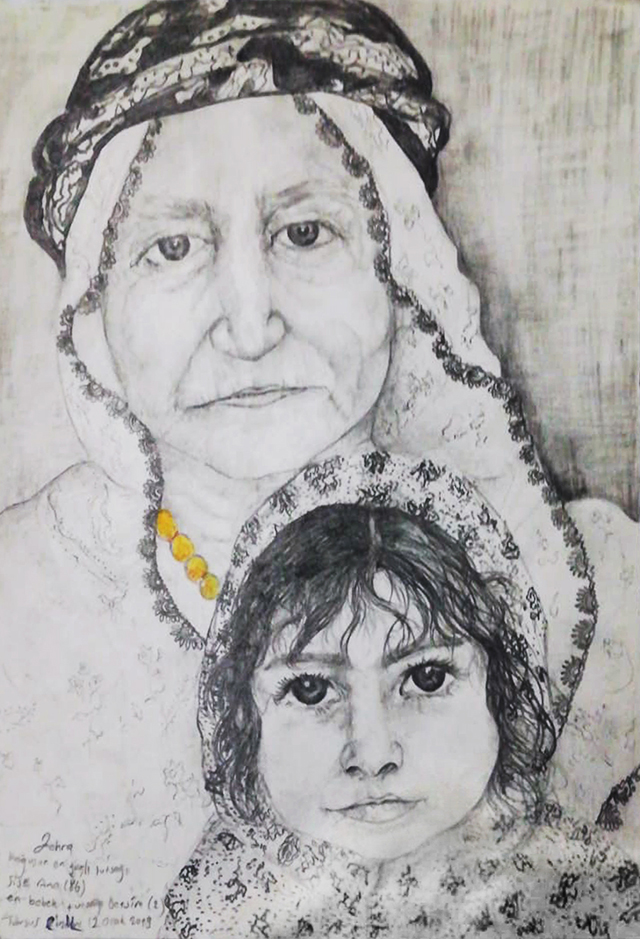