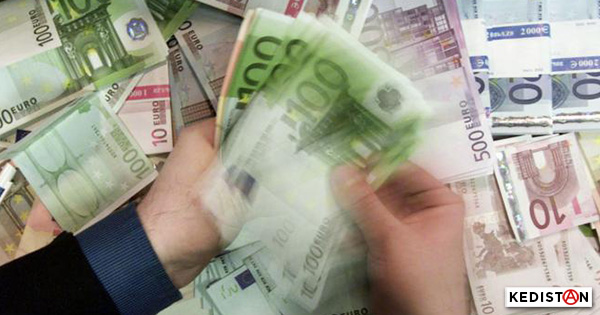 It’s not in the Kedistan style to shear the wool off the back of those we support, nor to seek personal glory from that support.

Our friend, journalist and artist Zehra Doğan has been back in prison since June 2017. Our readers know this and the more assiduous among them have known of Zehra and her struggle for two years, since we devoted a first article to her. A relationship formed with the journalist, the woman and the artist which led Kedistan magazine, within its limited means, and with the help of its readers followed by an increasingly large support group, to start a support campaign for her protection and to press for her liberation.

As we had launched the idea with others in November 2016 to support writer Aslı Erdoğan, under threat of life imprisonment in Turkey, to “read and have others read her texts everywhere”, beginning of 2017, we started setting up the possibility of exhibiting Zehra’s work across Europe, and of making the context of her work known.

Of course, this campaign was organized with Zehra full agreement, as she worked nonstop, from her temporary place of exile in Turkey while awaiting her definite sentencing that led to her second incarceration in June.

This relentless work covering close to 50 works done in order to testify with great strength and urgency, and with the talent that is hers, was then “escaped” from Turkey at her request, along with some of her texts.

A publisher we had met a few months earlier, offered to contribute to this escape. This led to the writing and production of a book, in all urgency, in July 2017. A book that, from then on, accompanied the exhibitions that took place and that several of you have acquired.

In order to manage all the steps relative to the exhibitions, their setting up, insurance and rights, the Association Des Amis du Kedistan had of course taken the precaution with Zehra of entering into a contract in due form, not for the “exploitation” of Zehra’s intellectual and artistic rights, but for “their management, entirely free of charge”.

We then discovered a world we didn’t know, that of the commerce of Art, of Publishing, of “cultural players”. And – as in all worlds – both its good and bad things, its good and bad people.

A few of us at Kedistan have now learned to keep “good faith” in our pocket when venturing into that microcosm.

The publisher of the book “Les yeux grands ouverts”, dedicated to Zehra Doğan has now brutally slammed the door on the campaign while wanting to collect its “benefits”.

Hundreds of copies of the book, prepared without a contract with the publisher, in urgency and good faith, have now been sold. Almost 500 of them were sold during the exhibitions by volunteers and activists, by associations organizing the events and directly on Kedistan’s website. Others, through bookstores, since January.

Who could accept that a publisher collect the financial benefits of this volunteer work after she had committed to supporting the venture with no other financial consideration than recovering the production costs of the book?

We are not fools at Kedistan. We know we live in a world where capitalist profit is the rule. But when such invites itself into a solidarity campaign, and what is more with an element of premeditation betraying a relationship based on trust, we are astounded.

Kedistan will work to protect Zehra’s rights from this commercial greed, and expects this publisher to return to earth – and to legality: that she enter into a contract with the administrators of Zehra Doğan’s rights, that she pay the debts covering translation, the use of visuals, the remuneration of collaborators to the book, and Zehra’s droits d’auteur emoluments, still unpaid. All this represents a not-insignificant amount owed to our friend, who cannot defend herself since she is a prisoner in a Turkish jail. We might add that the authors, the photographer, the translator had, from the outset, announced their intention to donate these retributions to Zehra’s support fund, managed in full transparency online HERE.

We hold a clear mandate in this respect: Article 4 (c) “The legal representative (Amis du Kedistan) insures that emoluments owed to the artist are rapidly collected and remitted to the artist by those parties thus indebted to her.”

We had taken these precautions precisely to avoid this type of abuse of a state of weakness against Zehra which might have been the work of art merchants or of unscrupulous others. Apparently, this was not enough, and we are forced to drag the matter out in the open in order to denounce it.

We feel totally responsible to all the people and associations, activists, and readers who, from the beginning, have accompaied this support campaign for Zehra and we have committed to transparency with all.

Needless to say,  all this also has a relationship with a certain cancellation of a Parisian exhibition, where can be found the same players who know each other from way back.

For Kedistan, solidarity has no price tag, nor can it be commercialized, especially when these predatory practices imperil a support campaign testifying to three years of ongoing massacres in Turkey.

And while we must attend to these low blows, our main information mission is affected at a time when, more than ever, the reality in the Middle-East calls for testimony, information and analyses, matters at the heart of our reason for existing.