Kurd, Kurdistan, none of that exists 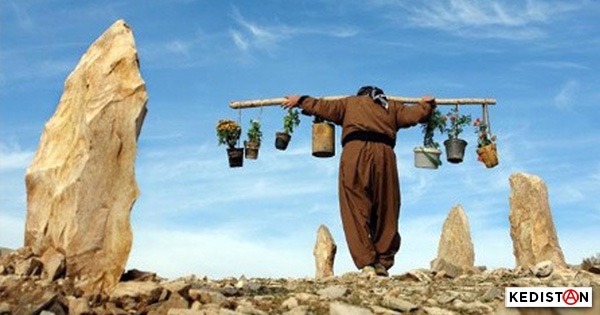 We are pub­lish­ing the trans­la­tion of an arti­cle by Irfan Aktan, pub­lished on Decem­ber 18 2017 by Gazete Duvar. But first, to put you in the mood, let’s have a look at who was Ahmet Kaya of whom he speaks in his arti­cle. And take this occa­sion to pay him tribute. 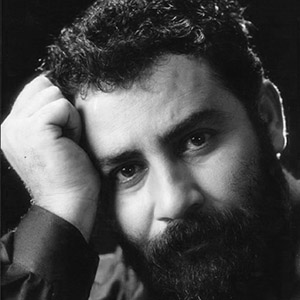 Ahmet Kaya was a Kurdish singer, composer and writer from Turkey. He was born October 28  1957 in Malatya and died of a heart attack in Paris on November 16 2000. He self-described as a socialist democrat and a militant for human rights.

In the following article, author İrfan Aktan refers to February 11 1999, a few days after the capture of Öcalan. Ahmet Kaya was receiving the prize for “Best singer of the year” at a ceremony organized by the Magazine Media Association in Istanbul. During the ceremony, he made a speech in which he said: “This prize does not only belong to me. I receive this prize on behalf of the Association for Human Rights (IHD), of the Saturday Mothers (an association active on behalf of the 17 000 disappeared ones in Turkey) and of all the people who work for magazine media. I accept this prize on behalf of all of Turkey. This said, I wish to add something. Let no one come and tell me, but who gave you such a mission! History gave it to me. In my upcoming album, my next album, because of the fact I am of Kurdish origin, I will include a title in Kurdish and have a videoclip of it. I know that some people will have the courage to distribute this clip. If they don’t distribute it, then I’ll know what their relationship is to the people. Thanks to everyone.” He was booed by the personalities who were there that night. Following his declaration, the Turkish press did not spare him and he was subjected to media pressure he could not stand.

Later, he chose exile to France, in Paris, where he died of a heart attack. He is buried at the Père-Lachaise cemetery.

During his entire life, Ahmet Kaya was not spared by Turkish justice either. In 1973, when he was 16 years old, he was jailed for publishing posters forbidden in Turkey. He was sentenced to four and a half years in prison for saying, during a concernt in Berlin on November 1993 : ” The ones in the mountains need money.” In 1999, following his speech at the Turkish press ceremoney, he was at risk of anywhere from six to thirteen years in jail, before finally being let go. That same year, he was sentenced to six years in jail for “insulting Turkish identity” by his declarations during a concert in Germany. In 2000, Turkish justice demanded his arrest following a speech in Rotterdam where a map of Kurdistan and a portrait of Öcalan were reported to have been displayed. In fact, it was a crude photomontage done by the newspaper Hürriyet who had written nothing on the topic at the time.

Leaving behind fortune and career in the name of his love for justice and freedom, Ahmet Kaya liked to say that “man’s most precious belonging is his dignity. A life without dignity isn’t worth living.” Despite his terrible longing for home, this noble principle led him to choose exile in France, and a refusal to return to Turkey as long as the country had not moved on to a democratic regime respecting freedom of opinion and human dignity.

Neither Kurd nor Kurdistan exist

“I receive this prize on behalf of the Asso­ci­a­tion for Human Rights (IHD), of the Sat­ur­day Moth­ers (an asso­ci­a­tion active on behalf of the 17 000 dis­ap­peared ones in Turkey) and of all the peo­ple who work for mag­a­zine media. I accept this prize on behalf of all of Turkey. This said, I wish to add some­thing. Let no one come and tell me, but who gave you such a mis­sion! His­to­ry gave it to me. In my upcom­ing album, my next album, because of the fact I am of Kur­dish ori­gin, I will include a title in Kur­dish and have a video­clip of it. I know that some peo­ple will have the courage to dis­trib­ute this clip. If they don’t dis­trib­ute it, then I’ll know what their rela­tion­ship is to the peo­ple. Thanks to everyone.”

> You can watch these moments in “Uçurtmam Tellere Takıldı” a documentary directed by Ümit Kıvanç. (film in Turkish). Ahmet Kaya’s speech occurs at 0:51, followed by the reactions, chants during the same evening, etc… At 1:51 “Such a thing as a Kurd doesn’t exist!”

There is fear in this mantra, there is an attempt at con­vinc­ing, but there is no truth.

But this was not only an emo­tion­al reac­tion. Behind it we find a method­i­cal teach­ing, an immense col­o­niza­tion order, a regime of per­se­cu­tion built to main­tain the peren­ni­ty of this order, one that knows no limits.

Where Kurds live, the bow­els of the earth are filled with hun­dreds of thou­sands of those who were killed for the peren­ni­ty of this order. And the sur­face is bare­ly any dif­fer­ent. Tough luck for those whose dig­ni­ty was destroyed or who let them­selves be bought, if they fear express­ing their shame at hav­ing become the accom­plices of this col­o­niza­tion. The strength of their hon­or is enough for those who main­tain their dig­ni­ty, or try their best to do so.

A Kur­dish peo­ple exists. A place called Kur­dis­tan exist. But where is it?

To the ques­tion put by the act­ing pres­i­dent of the Par­lia­mant with the air of a school prin­ci­pal: “Mis­ter Bay­demir, where is Kur­dis­tan?” Osman Bay­demir, HDP Deputy, answered with the most sig­nif­i­cant act in his polit­i­cal career by point­ing to his heart : “Here, right here, Madame Pres­i­dent! This is where Kur­dis­tan is!”

The wily inter­roga­tor con­tin­ued, invit­ing Bay­demir to draw a map, attempt­ing to push him into vio­lat­ing the laws of the dom­i­nant ones. She hit a wall. A response out­side the rote answers to rote ques­tions unmasked the pow­er­less­ness and the comedy.

Thus, once again, every­one learned that Kur­dis­tan is not a plot of land. It is not a place you can own by encir­cling it and posi­tion­ing your armed forces. You may col­o­nize it, but you can­not pos­sess it.

Because Kur­dis­tan is a place the Kurds car­ry with­in, wher­ev­er they go. The Kurds who do not sub­mit as accom­plices to the per­se­cu­tion, who refuse to keep this wheel turn­ing, have placed Kur­dis­tan in their heart and you will have to tear out the heart to tear out Kur­dis­tan. So, do we know how many hearts car­ry Kurdistan?

Ahmet Kaya did not die of a heart attack. He was killed for what he car­ried in his heart. But this place lives on.

When all is said and done, the laws state: “A place called Kur­dis­tan does not exist.” The mas­ters of the laws say the same thing: “There is no such thing as a Kurd.” But laws and pro­hi­bi­tions are null and void in the heart.

Mil­lions of hearts car­ry the truth.

Illus­tra­tion: Image from the film “Kwys­tani Qandil”, (The Moun­tains of Qandil) direct­ed by Taha Kari­mi in 2010 in Irak.