Turkey • 1100 doctors on the street with no assignment 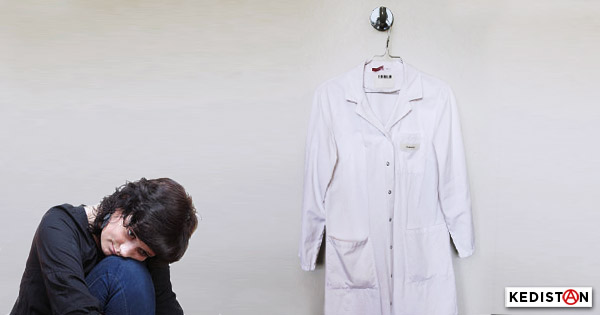 According to the article by Fundanur Öztürk published on BBC Türkçe on December 7 2017, 1100 graduates in medicine who were supposed to begin their 2 year compulsory service have not yet started working, because investigations opened against them under the emergency law have not been finalized yet.

Turkey has a rule of 2 years of compulsory service for new doctors. Traditionally, assignments were drawn by lot taking into account wishes expressed. Now, the state of emergency and its inquisitorial bureaucracy makes the decisions, as it were…

In order to survive while awaiting the decision that will mark the beginning of their careers, these medical doctors must fall back on jobs for unqualified workers such as supermarket cashier, construction worker or drugstore clerk…

On November 29 2016, decrees n°676 and n°657 modified the law concerning civil servants prior to their hiring: “a security investigation and archival search in order to examine the candidates’ background.”

Prior to this, save for doctors working in areas covered by State secret, medical doctors received their assignments and began working upon leaving the Faculty of Medicine, within a maximum delay of two months.

Changes wrought under the state of emergency for the hiring of civil servants thus affect doctors also. Approximately 1100 doctorrs who received their diplomas last June and July, have been waiting for six months for the results of the security investigations and the long-awaited favorable decision…

The Ministry of Health states that “The delays are due to the required security investigations, following which assignments will be announced.”

But some unconfirmed doctors are worried as others from the same classes have already been confirmed. They explain the financial and mental difficulties they are experiencing as they are subjected to serious social pressure from their families and neighbors.

Some of these doctors testified anonymously as they are still in the waiting period.

“We would be ashamed to hire a doctor for this job”

A woman doctor, assigned to a hospital, has been awaiting the decision for six months. In tears, she explains that her mother who suffers from a heart condition, fell ill during this period.

“During the waiting period, my mother fell ill and had heart surgery. She stayed in intensive care for a long time, we were afraid we would lose her. When she came to after a few days, the first thing she said when she opened her eyes was: ‘Did you get your assignment?'”

The young doctor adds that because of the urgent nature of her mother’s condition, she had to resort to a private hospital, but couldn’t afford follow-up after her mother went home. She says she then started looking for other work, without waiting any longer.

“I went to a drugstore I knew was looking for a clerk. They said “we would be ashamed to hire a doctor for this work”, and didn’t hire me. So I started looking at the ads in the paper for supermarket cashier, waitress… I have friends working as construction workers while they wait for their assignment.”

I feel very badly. Because I studied all those years for my mother. I wanted to be a doctor because I knew doctors had work the minute they received their diploma. I wanted to help my family financially. We’ve lived for years with financial problems.”

She explains she is constantly “accused” by relatives and people around her because her assignment hasn’t been confirmed yet. “Even in my dreams, I see myself as guilty now“, she adds.

Another doctor assigned to the hospital in Şanlıurfa, married since last month, speaks of similar difficulties and adds that when he applies for other jobs, he is told “We can’t hire a doctor for this job.”

“As a 28 year old adult who spent years studying, you must be able to provide for your family. If I have to, I’m ready to work as a porter. I’m drowning in debt. Believe me, I’m in a state of depression, as are many of my colleagues. I’m convinced that if this waiting period goes on any longer, suicdes will start happening. For the past six months, we haven’t dared leave our homes, or go out among people.”

“Are you sure your fiancé is really a doctor?”

Another doctor holding a diploma from Siva University, testifies. A child from a family of eight children, he also made a lot of sacrifices in order to study.

“The family is in a very bad way, financially. My father took his pension when I finished my studies because we thought I would start working right away and take over. Now my father has to work again. He is 65 years old and works as a laborer on a construction site in Istanbul.

Since I wasn’t receiving my assignment, I thought of taking on other work. But we decided against it (as a family). We’re afraid the neighbors will say “He claims he’s a doctor but he does other work. Is he a liar?” In the end, my fiancée’s family started asking her “Are you sure he finished his studies in the Faculty of Medicine? He wouldn’t be trying to fool us, by any chance?” Her parents thoroughly regret allowing her to become engaged to me. I’m terribly ashamed but there’s nothing I can do about it.”

The young doctor expresses the worries of almost all the doctors with whom journalist Fundanur Öztürk spoke : the fear of never receiving their assignment. This fear rests on the fact only 6 000 doctors have received their assignments and begun working during this period. The doctors still waiting for theirs see that some sources refer to them as “suspicious persons”.

“What is lacking in us as compared to our friends who received their assignments, we don’t know. We cannot get any official explanation. We don’t know of what we are “suspected”. Some say in our stead that we are members or sympathizers of FETÖ, others say of the PKK.”

Fundanur also met a woman doctor who received a belated assignment. She explains that she now works in a public hospital in Istanbul, but worked as a waitress while she waited for her assignment.

“After extremely exhausting years of studying medicine, most of us are ideal candidates for depression. I suffered from anxiety that greatly disturbed me during this period. I literally made myself sick over the fear the decision would never come. I couldn’t stand the waiting at home, so I started working as a waitress. In the shop where I worked for three months, they made fun of me, calling me ‘Doctor-waitress’.” 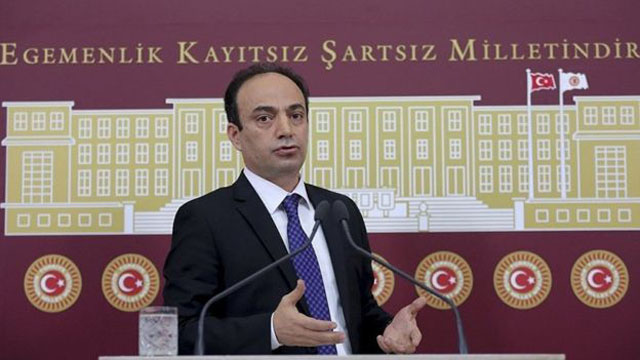 Urfa’s HDP Deputy, Osman Baydemir, raised the question of the delays in doctors’ assignments in Parliament on December 5th.

The doors are also shut in the private health sector

The doctors underline the fact that undue delays in finalizing the security investigations within reasonable delays for all also cuts them off from other rights. Two doctors who were assigned in Şanlıurfa and Mersin, explain this additional consequence.

Also noteworthy, during this waiting period, we have no social security, in case of illness, we must pay for our care. We are doctors and we can’t benefit from health care.”

All the doctors met by the journalist advocated the need for the publication of results of the security investigations simultaneously for all doctors.

Compulsory two year service in a State establishment is mandatory for all doctors in Turkey. Being denied assignment and not serving the two year period in a public hospital closes the doors to practice in a private hospital also.

No decision or an unfavorable one, means no more job…

This article brings to light the fact that all sectors are affected by the state of emergency and its cohort of suspicions and purges. The public health sector, already strongly affected by an omnipresent private system, also finds its staff “graded” and affected by the political polarization. The consequences on the main parties, the newly graduated doctors who are not always from the upper classes, create a downgrading and a marginalization as “potential suspects”.

These germs of social division, supported by the arbitrariness of a revised State apparatus, encourage demoralization, submissiveness and fear, even in the more educated social stata destined for the former Kemalist elevator.