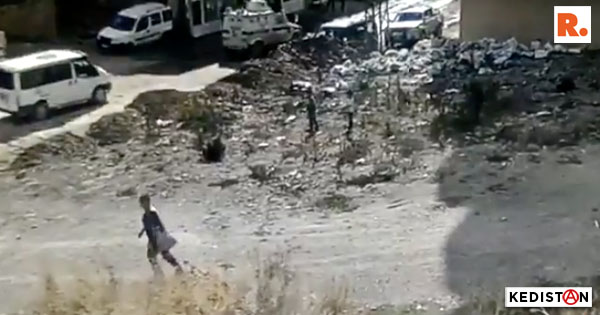 The death of a Kurdish child is no longer newsworthy in Turkish « big media ». The war goes on killing children, silently.

The “rubbish” from operations of repression and destruction of the past two years remain, waiting to be picked up, causing new victims.

Every Kurdish child in a war zone is alive by accident.

The author of these lines, for instance, is alive because “the object” his playmates found in the zone and brought back to the village square accidentally did not explode. But the little sheperd Selami Ak, childhood friend for life of the author of these lines, died because “the object” he had found in the Yüksekova valley exploded in his hand. The other sheperd who was with him, Nizamettin Suel, lost an eye and carries on as a paraplegic.

War rubbish goes on killing Kurdish children as much as war kills them. And the routine declaration following each one of these incidents over the years, never varies : “Investigation into the incident is ongoing.”

In the early hours of a Sunday morning, events in a 47 second video I saw before my eyes reminded me of those in my childhood. I think this recording may be the first sharp and clear picture of how war rubbish massacres our children.
In the video, we see two little children in a vacant lot, close to a building some hundred meters from the market. There are other children on the main avenue, some ten meters away. During the first seconds of the recording, we see an armored police vehicle driving by on the avenue. Then, a “dolmuş” [shared taxi], then another car. A woman appears in the frame close to the children, and disappears. The children bend down once or twice to look at something. What do we see at the 43rd second? Two curious but hesitant children in a vacant lot, cars and an armored police vehicle passing by. An ordinary autumn day.
But what transforms this ordinary autumn day in Yüksekova into the end of the world for one family, happens in the last three seconds of the video. At the 44th second, the children disappear in a cloud of dust. In those three seconds, Umut goes away; the recording ends. There is no sequel.

The person who sent the video noted : “Yesterday’s incident.” 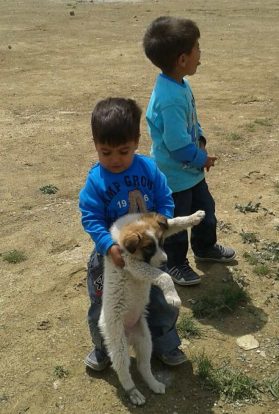 A few information sites served up “Yesterday’s incident” as routine news. Some sites anonymized the children’s names by using only their initials : “U.K. and E.K.”. Mainstream media had no space for the children’s photos nor for the slightest detail about “the shattered family”. “The incident”, don’t search any further, turning into a “TT” [Trending topic on Twitter], was not even visible on the current news wire. “An object exploded in the hands of two Kurdish children.” That’s all.

There is no information available concerning the identity of the person who recorded the video. But it is clearly not the work of an amateur. Quite possibly, it may come for a surveillance camera. I look at the website of the sub-prefecture of Yüksekova. There is no information concerning Umut Kozay, dead at age 5, and his brother Ercan Kozay, 7, severely wounded during the explosion that occurred on Saturday, around 2pm near the old army offices, at the crossroads between the Yüksekova market and the Orman neighborhood, which is to say in the heart of downtown, an area largely destroyed during the 2016 curfew.

The Sub-Prefect : “Pain kind of sticks to the heart”

I then call the Sub-Prefect of Yüksekova. I ask the Sub-Prefect for his working hypothesis on the investigation he tells me is “ongoing”. “We don’t comment on suppositions,” he tells me, and adds “Once the incident is clarified, we will publish an official declaration.” I then ask the Sub-Prefect : “Have you contacted the family?” “Pain kind of sticks to the heart. We are in contact. Some things cannot be shared”, he tells me. So, is the video in my possession from a surveillance camera? The Sub-Prefect’s answer : “The incident will be explained in more detail later.”

The Prefecture : “Ammunitions dating back to the operations”

After speaking to the Sub-Prefect, I look at the website of the Prefecture in Hakkari. On the opening page, in the 15 main columns I find “Our Prefect Mister Toprak’s visits to merchants”, “Vice-Prefect Abaci visits an army veteran wounded in Korea”, “Holiday gifts for Hakkari schoolchildren”… but not a word about the explosion in which Umut lost his life. No, in a town, when a 5 year old child dies in an explosion, there is no statement on the opening page of the Prefecture’s website!

By digging further into the website, I finally come across a statement “concerning the topic” in the column “press releases”.

“On 30.09.2017, at approximately 13h50, following the explosion of offensive ammunition remaining from the period of the operations, found in the rubble fronting n°23 Orman Boulevard, Kışla neighborhood, district of our town Yüksekova, 1 child lost his life on the premises, and one other was seriously wounded. Treatment of the wounded child is ongoing in the State Hospital of Yüksekova where he was transferred. Investigation on the incident is ongoing.”

Why and how then, although months have gone by since, has ammunition dating from the period of the operations remained in the heart of the town ? How many more still await discovery by children in Yüksekova and in other towns subjected to curfews?

Were these ammunitions left behind deliberately? Why were they not searched for and destroyed before people returned to their homes? How is it that, when even a single bullet must be accounted for within the armed forces, ammunition can be left lying about haphazardly? Is an “investigation” underway to find out if these are State ammunitions or not ? Who killed Umut Kozay ? Who left ammunition in this spot, where is he at this very moment, what is he doing? Does there still exist a single lawyer, a single politician who will follow his trail?

We cannot know. But the official dimension of the “topic” is as follows : “The investigation is ongoing”, and “There will be a detailed statement later.” And this, of course (providing) there is a great outcry of public opinion over the death of a Kurdish child… 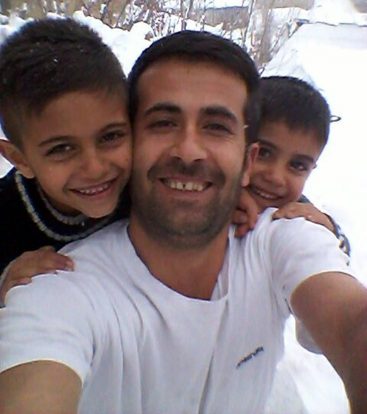 For a second time in the day, I call the young father, Cemil Kozay, with whom I spoke immediately after viewing the video. He speaks with difficulty, between sobs. Contrary to the Sub-Prefect’s words, he says no one has called him.

“There’s a security failure”, he says. He repeats the only sentence spoken by his 7 year old son, who survived with severe wounds and is hospitalized in Van : “We thought it was an egg, papa.”

“We left for the village during the operation. When the war ended, we came back. My rented house was in ruins” he adds. He repeats several times : “My heart is burning. May the hearts of other parents not burn in their turn.”

“Umut and Ercan had gone with their mother to visit their aunt. The children went outside to play. Over there, the security service at the police is like a commissariat. The armored vehicle is stationed there 24 hours a day. How could this happen with so much security? Who is responsible ? Who killed my Umut? Who will take responsibility, who will calm my pain?” he asks. “Neither the Sub-Prefect nor the Prefect, no one called me. No one has told me anything. Who can tell me ? My son was just a little boy. How will this pain ever end?”

He told me he didn’t know about the video. “You can publish it,” he says. “In any event, I’ve seen everything. I prepared him for burial myself. I saw the blood with my own eyes. I buried him with my own hands. I saw everything…”

Conscience ?
Concerning our conscience, a declaration will follow later.

The author ends his article on this paragraph, followed by a list :

Children’s assassinations due to war “rubbish” between January 2015 and April 2017.

As you know, after the declaration of the state of emergency, Gündem Çocuk Derneği [Association for Childhood, Gündem], that militated for the rights of children, was closed down. Following Umut Kozay’s death, I asked the association’s former leaders a list of children killed or wounded by war rubbish. Here is the record for the past two years…

You will find the list in the original article (in Turkish). It is a long one…

In 2 years, 34 children died or were wounded in similar circumstances to those of Umut and his brother Ercan. The cases are particularly concentrated around Kurdish towns that were subjected to curfews and destructive operations. For example, Nusaybin, disctrict of Mardin, or Cizre, Cudi, İdil, Silopi, districts of Şırnak. But other neighborhoods, villages and towns have also lost their children in Van, Hakkari, Diyarbakır, Siirt, Elazığ, Bingöl, Ağrı…