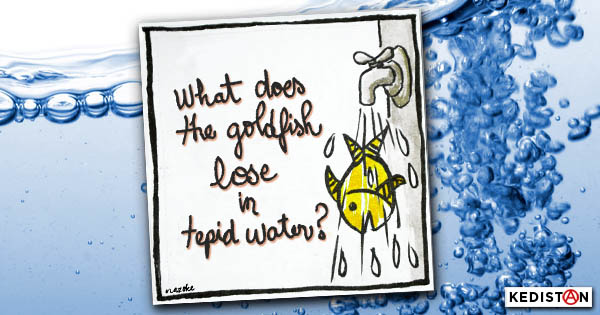 The timid expressions of solidarity expressed in European countries for the opposition in Turkey take the form of colloquia, round tables, festivities, and declarations during European parliamentary sessions, in language excluding all real political analysis.

Any European parliamentarian will tell you that, in order not to meddle in Turkey’s “domestic affairs”, one must remain at the level of notions… let us call them… moral or philosophical, of a universal and legal character, such as notions of safeguarding human rights. Thus, one will hear “cautionary statements” here and more rarely “condemnations of inappropriate words or actions” during solemn declarations delivered from on high in a star-bedecked rostrum.

For the past three years, this has been the case during sessions of the Council of Europe, during slightly tense diplomatic episodes with Erdoğan, or during the press conferences arranged around these meetings…

Thus, the terms “freedom of expression”, “democracy”, “drifts”, “attacks on freedoms” bloom in press releases and “objective” papers, via the “diplomacy” of Europe or of its member states. This, we are told, speaks the most widely to the “public at large”.

In the global market, it is the rule not to insult the customer and this attitude has leached into a diplomacy that was already not in the least “offensive” in its relations known as “international”.

The real-politik associated with defending economic and financial interests totally placed international bodies under its sway and this, from their very inception. No surprise here : in describing this global liberal capitalist functioning, I’m barging through a wide open gate.

But playing the ingénu when speaking of politicians and institutions simply allows me to question the attitude and positioning of associations, groups, even parties which, in principle and in their declared objectives, should not feel tied to this policy reminiscent of banana republic type diplomacy, to the extent of borrowing its mannerisms and expressions.

Contrary to the politicians I was quoting above, associations with international mandates in relation with the safeguard of human rights normally ignore real-politik (that is, when their financial backers don’t exert pressure on them). But the argument invoking the need for mobilizating “as widely as possible”often produces the same result, in the name of necessary objectivity and avoiding taking sides. Examples abound where analysis and denunciation leading to support and reaction are replaced by affect , and the spectacle of sentimentality when defending human rights. The good deed replaces fully conscious solidarity and the “solidarity business” brings “image dividends” and royalties to those who put it in practice. Said associations are thus “sponsorized” by the very system they are supposed to denounce. The story goes full circle. There also, I barged through a wide open door.

A contrario, I welcome in passing the fact some associations among the most well known have begun to renew their ties with real political solidarity and provide analytical material and denunciations, despite the constraints of conventional language.

In the great “human values” market, one must then try to find a true path to effective mobilization of the hearts, for sure, but mostly of the minds, when the time comes to realize it is in everyone’s interest to have “eyes wide open” on the Middle East… for instance.
By ricochet, attempting to do that by putting forward this or that case – and thus “personalities” – for a better understanding of the larger situation, sharing analyses to that effect could be assimilated to the “great market” I’ve just denounced.

This is why, for example, we wouldn’t think of simply using the term attack on “reedom of expression”, of “denial of democracy” in order to carry out a solidarity campaign around the Kurdish woman, artist and journalist Zehra Doğan.

The repression to which she is subjected and her incarceration are not simply the negation of “great universal principles”. They are linked to a political context, a specific struggle she is leading for change, and to the political and material repression that is the regime’s response, a response the history and nature of which we must analyze in order to fight it. The repression is also determined by her conditions of birth, as a woman and a Kurd, in a highly patriarcal and Turkicised society. Demonstrating its constant nuisance value in the Middle East and on the European continent would even constitute a plus… Her words and her art express all that and render it understandable, as long as we don’t overlay it with a conventional “objective” varnish. Her words are what is universal and collective.

This is where we find the basis for real support and solidarity and all the questions we must ask ourselves in order to get involved.

When we contributed to a campaign that then became trans-national around the threat still weighing on author Aslı Erdoğan, we learned much, and are still learning, as a matter of fact…

A few words only… Her publisher in France, a businesswoman now Culture Minister, can both greet a returning journalist held hostage such as Loup Bureau, without a single public word of condemnation against Turkey, and congratulate herself for a solidarity in “freedom of expression” toward her author, to which she contributed her modest share by a significant increase in her sales… without for a single moment presenting a political analysis liable to condemn the Turkish regime. The bestowing of prizes and distinctions that couldn’t occur because of the restrictions on Asli Erdogan’s freedom, now allow for a few timid critiques here and there toward a “regime whose future we can’t predict”. We watch a re-ordering among well-bred people, far from the many evenings of militant solidarity in which an understanding of the political situation in Turkey was always a component, taking into account the roots of its present circumstances, based on the reading of texts incriminated by the Turkish regime, without in any way setting aside the human dimension of the the problem. Now, we lose count on the number of journalists who also keep quiet over here…

Although we doubt Asli Erdogan will be incarcerated again, although that fate is still demanded by Turkish injustice, our doubts are even greater that those “institutional” ones would defend her again, if the AKP regime persisted ; and, even more, are we appalled to see that those late arrivals on the defense team never mention the co-accused in these round robin trials, and even less the imprisoned members of the opposition, when they don’t throw out an agreed-upon and often inexact number of journalists in prison, putting on the requisite “sad” face for the occasion…

The energy of true solidarity has evaporated in “guest” TV chatter on media platforms. Everyone can find the shoe that fits here.

This is why Kedistan will never trim its sail on the political grounding of the situations it denounces, on the information it transmits or during concrete solidarity campaigns, be it out of opportunism to gain wider support…that gets diluted in an ocean of merchandized compassion.

“Strong words” are incarcerated in Turkey, and threatened in their flesh. We have been their echo chamber for the past three years.

Those words describe, analyze, make visible, give keys to understanding. Being in solidarity means acting as their transmission belt, and not simply crying out when their voices are silenced.

It is more than time to take a stand by the side of those fighting for other futures and who for that very reason are subjected to the repressive powers of the State they are contesting, and no longer to dilute their struggles in Charlie-type slogans.

Did you know goldfish turn grey in tepid waters ?