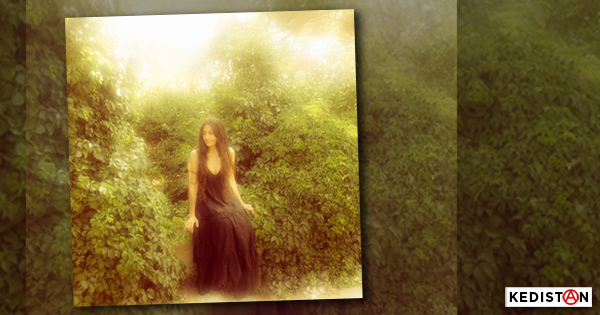 Fatoş İrven, or “İrwen” (with the Kurdish spelling she commonly uses) a Kurdish woman, teacher and artist was thrown in jail following a court decision resting on no evidence – in application of the “anti-terrorist” law, of course.

We constantly underline the fact Zehra Doğan is not the only one sujected to this fate as an artist, and even though the accusation is doubled with that of publishing as a journalist in her case, the basic common denominator for all is their status as free Kurdish women, unsubmissive to the Turkish State.

During her first incarceration in Mardin jail, Zehra Doğan had also met a famous “secret witness” – a woman forced through ill treatment to sign a blank statement. Fatoş İrwen is now imprisoned in the same jail as Zehra. Like all the other women in this “high-security” jail, she will be deprived of anything that rates as “leisure materials”.

Vecdi Erbay met Fatoş’ brother, Niyazi İrven. Here is a translation of the interview published on September 20 in Gazete Duvar.

At the end of the article, you will also find a brief presentation of different works by Fatoş that Kedistan wishes to share as a gesture of support. It is a form of art known as contemporary conceptual.

Artist and teacher Fatoş İrven went to Diyarbakır airport last September 9th. She had just spent the Kurban (Aïd) holiday with her family in Diyarbakir. She was to return that evening by plane to Istanbul where she has lived for years, working as a teacher, drawing and participating in exhibitions. There was little time left before the start of school activities and work for an upcoming exhibition awaited her.

At the airport prior to boarding she presented her ID to a policeman, expecting him to glance at it and hand it back. But the policeman said : “Right this way…there’s an arrest warrant against you.”

“It was around 21h when Fatoş called me,” says her brother Niyazi İrven, speaking of that evening. “Over the phone Fatoş told me ‘they are holding me, come get my things’. We drove urgently to the airport. The policemen did not tell us why they had taken Fatoş, but they allowed us to talk with her. Fatoş didn’t know why they had arrested her either. Afterwards, they took her to the police station. While we were trying to find out where they had taken her, Fatoş called us again : ‘they’re taking me to jail’ she told us. We were stunned, we couldn’t understand what was going on, and neither could the lawyers. »

We talk with Niyazi İrven in a café about Fatoş’ arrest. “You didn’t think at all about the trial opened against her in 2013 ?”. “No” he answers, “neither Fatoş nor we had thought she would be sought relative to that trial”

In the middle of a confrontation…

According to Niyazi İrven, in 2013 Fatoş İrven had gone to a hospital in Dağkapı because of an eye problem. On her way back, the bus she had boarded found itself in the middle of a confrontation between the police and demonstrators. The bus driver then opened the doors and asked the passengers to get out, saying “I can’t go any further.”

Fatoş İrven and all the other passengers stepped out of the bus. The police intervened using tear gas and water canons and arrested several people. Fatoş İrven was among them. Niyazi specifies “Fatoş was then held in custody for two to three days.”

Shortly thereafter, she was suspended from her work because of her time in custody. She only found more work five months later. Since Fatoş taught in Istanbul, the trial pending in Diyarbakır was followed by her lawyers in that town. 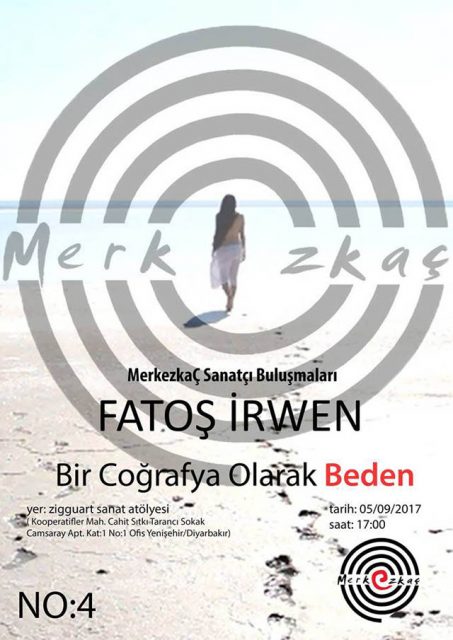 Only artist in a large family

Fatoş İrven, whom her brother Niyazi describes as “loving her work and her students” was born in the Sûr neighborhood of Diyarbakır (Amed). She grew up in a large family and spent her entire childhood and youth in the Melik Ahmet neighborhood.

Her interest in painting pried open the doors of the drawing section at Dicle University for Fatoş. After receiving her diploma, she was posted in Batman. She worked a few years in Batman, then asked to be posted in Diyarbakır. Then, her passion made her move to Istanbul, the Art capital. She was admitted into artistic circles and participated in a number of exhibitions abroad.

Niyazi İrven says “Fatoş is a lover of painting. At home, she would say ‘if there’s a fire some day, save my works and my material first’. No one in the family could dissuade her from painting. My father provided her with great moral and financial support. He would tease Fatoş sometimes, saying’your works will make us wealthy.”

Niyazi says he has a particular love for some of Fatoş’ works and explains his sister’s attachment to visual arts. “I especially loved some of her works. I insisted but she would not give them to me. She said ‘These works are not meant to stay imprisoned in homes. I want them to be seen in exhibition halls’, and she wanted Art to be available to everyone.”

With Niyazi İrven, we go back to the topic of the trial that ended with his sister’s condemnation. His expression changes as he speaks on this topic. From his smiling demeanour as he talks of Fatoş’ childhood, her work as a teacher and an artist, his face turns dark. “An injustice was inflicted on my sister, but we don’t know how or to whom we can talk about it,” he says.

He says a “secret testimony” was made against Fatoş İrven and continues : “The secret witness is said to have declared to the police that she was throwing stones at the policemen. The judge asked for evidence, photos, videos, anything that could be found. There was nothing at all. Despite the lack of evidence, they sentenced a teacher, an artist, on the word of a secret witness. This is what the court decided. Let’s say this is possible. How is it that the Court of Appeal can confirm a sentence when there is no evidence supporting it ?”

They [the family, the lawyers] are about to appeal to the Constitutional Tribunal. Niyazi İrven holds no hope in the functioning of the judiciary institutions. “Years will go by before they deal with my sister’s case, perhaps she will be out of jail by then.”

Niyazi İrven visited Fatoş last week in Diyarbakir prison. “Her morale is good but the fact she will do jail time for nothing bothers her” he says.
I ask Niyazi İrven : “Has she started painting in jail ?” In order to supply her with drawing material, a request must be submitted to the prison administration. Niyazi answers : “We will know in the coming days. Fatoş can’t stay with no possibility to paint. I hope there won’t be any problems and that they will allow her to paint.” He adds that he brought her some sheets of paper on his last visit. “At least she can do pencil drawings to keep busy.”

Niyazi İrven also says that Fatoş’ works that have already been exhibited in European countries, notably in Italy and Germany, will soon be included in a new group exhibition scheduled for September in Istanbul at the TÜYAP galery. “Her friends called us to say they wished to exhibit Fatoş’ works at the TÜYAP. We said yes, of course. Fatoş would like it too.”

Taking into account sentence adjustments, teacher and artist Fatoş İrven should be in jail for approximately 2 years. Without there being any evidence of a crime, on the basis of nothing other than the testimony of a witness whose identity is kept secret.

In support for Fatoş…

A few of her works…

“Göç Çiçekleri” (The flowers of exile) 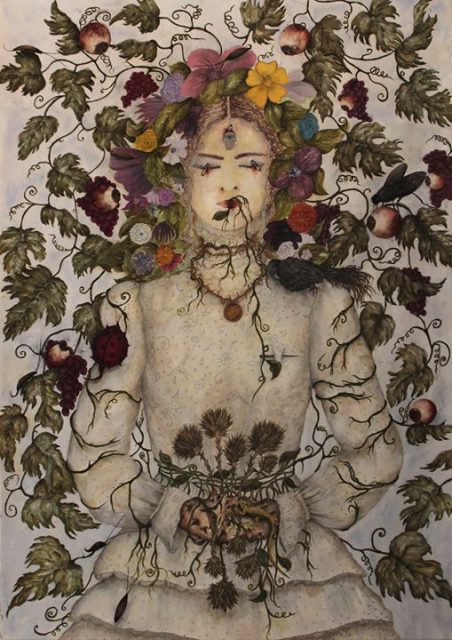 Fatoş İrwen participated in an event with a filmed video performance in which she does embroidery on the palms of her hands :
“We must free our hands, first… We can re-embroider the Earth with our freed hands. The response we will give from Earth to the power that places itself in the heavens, that claims to come from the heavens, must be in our hands.”

… and the video here 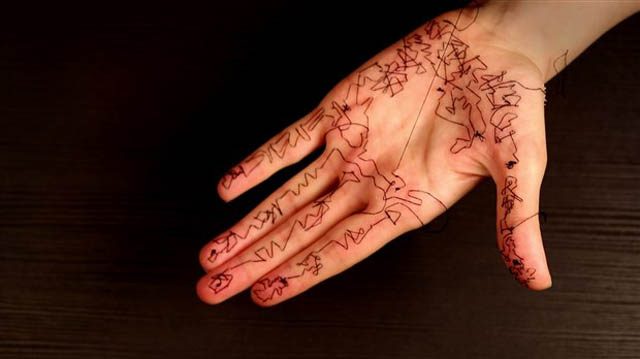 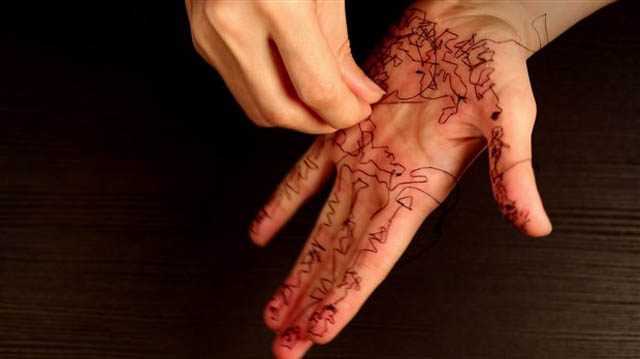 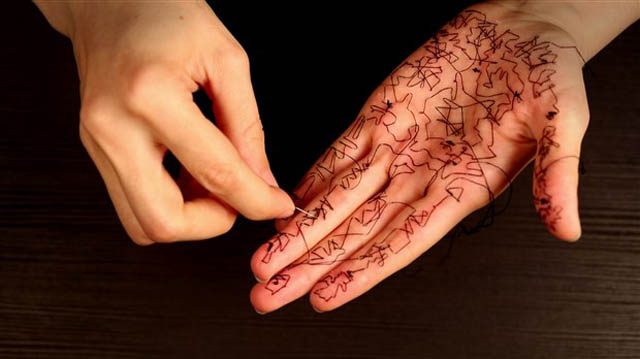 In this collective experience in which several artists participated, Fatoş İrven’s performance attracted a lot of attention. For this performance, the artist would dress, prepare herself, put on makeup in a dimly lit bedroom with a half-opened door. A staged experience of voyeurism for the spectators whose reactions and surprise served as a gauge to measure the importance of intimacy. 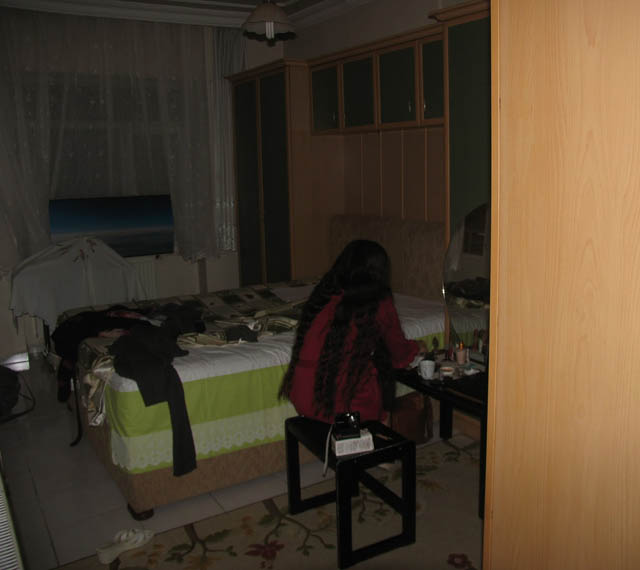 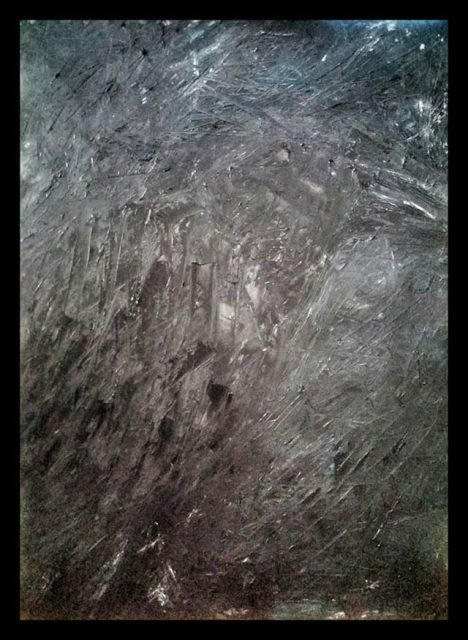 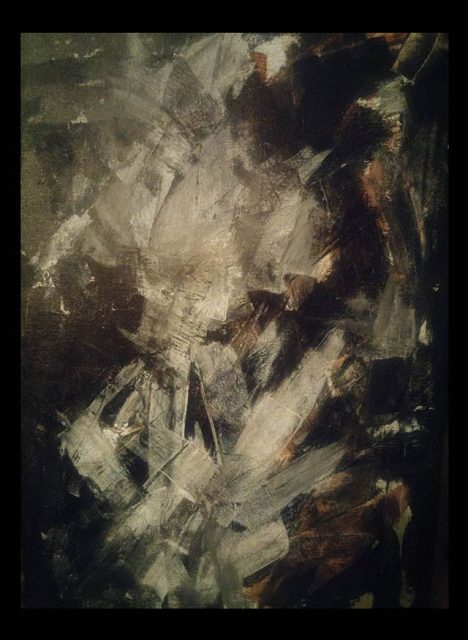 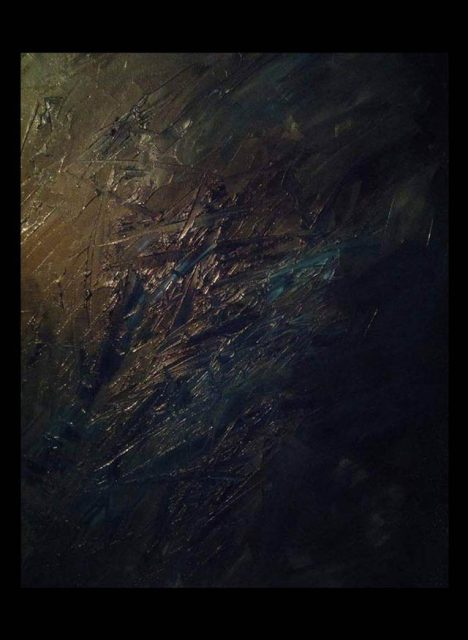 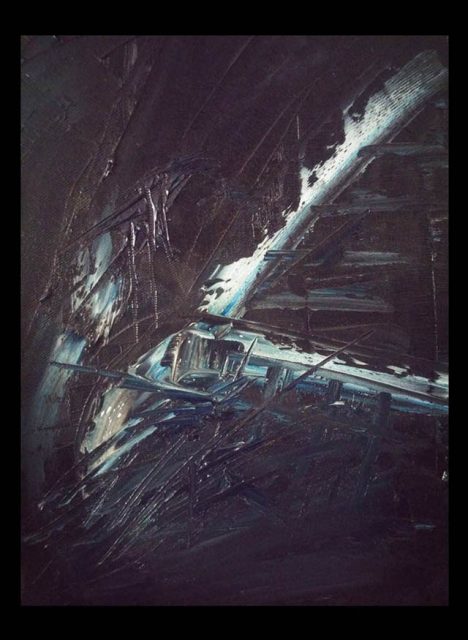