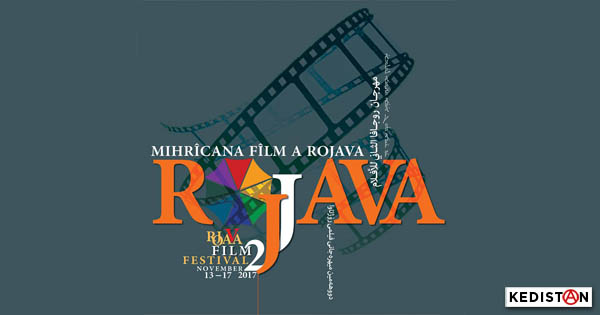 A promise made is a promise kept. There will be a 2nd Rojava Film Festival. And we insist on announcing its content even though Rojava is not an easy region to reach these days, what with the wars and other threats surrounding it.

Rojava Film Commune was established with the aim to stimulate the local film culture by organizing film screenings, facilitating discussions about the role of film within society, producing new films, and establishing the Film Academy.

Rojava film festival will be this year on 13 November, 2017, synchronizing with the anniversary of burning Amude cinema, which caused the deaths of 298 children trapped inside the cinema, the festival aims to reclaim cinema and film as a central space of reimagining society, democratizing and revolutionizing imagination itself. We open 2. Rojava film festivals with all the free filmmaker’s lovers who can be with us this year and can join our festival.

2. Rojava film festival aims to create a space for exchanging thoughts and movies, try to establish and recreate cinema culture in ROJAVA, and help all young filmmakers, as well as exchanging cinema and art knowledge among each other and also screening movies is one of our most important aims.

Sections of the festival

You can send movies to the festival website, we open the door for submission on 17 September 2017, and the deadline of submission is on 15 October 2017 midnight.