It was supposed to be Nuriye and Semih’s first hearing… 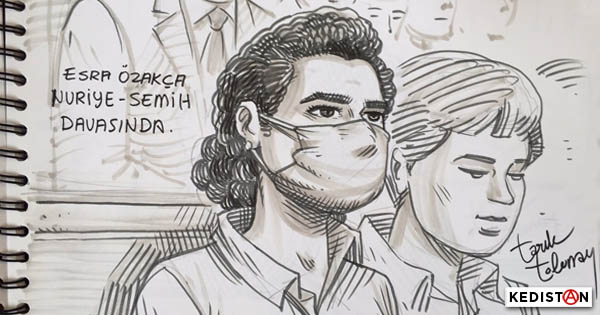 The first session of Nuriye and Semih’s trial was held today, September 14, in Ankara. The two who were fired from their teaching positions have been on hunger strike since March 9 2017. They were taken into custody on May 22 and jailed on May 23rd.

The Court took only one decision – in their absence : that of maintaining them in prison. The next session will be on September 28, in the courthouse located on the campus of Sincan prison in Ankara.

Here are a few details…

Nuriye and Semih were not brought before the judges. The Ankara Security Directorate informed the court in writing and pleaded for their absence “due to a lack of sufficient personnel, the risk of provocations and the risk of escape.” Of note : On the 190th day of a hunger strike carried out beyond all critical physiological limits, Nuriye and Semih are certainly no longer autonomous, nor can they walk or even talk.

Also worth noting : following their incarceration, Nuriye and Semih were hospitalized in June due to their failing health. Their lawyers had petitioned the Constitutional Court for their immediate release. The Court turned down the request : “No emergency affecting their physical and mental existence requires an immediate intervention.”

Following this statement by the prosecutor, the lawyers had appealed to the European Human Rights Tribunal this time, in an extremely detailed report of 33 pages and 77 paragraphs. The decision was rendered in August : it was also a refusal motivated by the fact that “their arrest does not represent a vital danger”. Nuriye and Semih were invited to put an end to their hunger strike.

Despite prohibitions and barrages, a crowd had massed in front the Justice Palace today. Civil society organizations, men and women political figures, union represensatives, intellectuals and artists… Semih’s companion, Esra Özakça, who is also on a hunger strike, was on the premises. 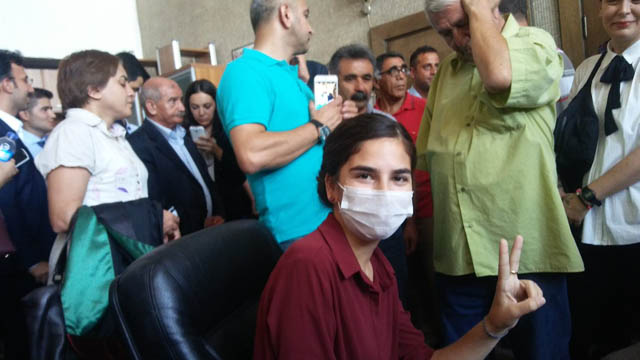 Prior to the session, support groups were barred from holding a press conference, as were the lawyers who had come to the courthouse for Nuriye and Semih’s defense.

Also noteworthy : On September 12, Nuriye Gülmen and Semih Özakça’s lawyer Acun Karadağ’s was taken into custody during a widespread operation. Following this violation of the right to a defense, the Presidents of the Bars of several towns such as Ankara, Antalya, Adana, Van, Sakarya etc.. came before the court to act as defense lawyers. This was unprecedented in the history of mobilizations within the Turkish Bar.

Seeing that the lawyers were taken into custody on September 12, Acun Karadağ requested a supplementary delay to prepare the defense.
Me Murat Yılmaz : “Not presenting Nuriye and Semih to their own trial is a demonstration of fear.” Referring to the lack of evidence in the file, he added that Nuriye and Semih did not need to defend themselves and requested their acquittal and immediate release.

“We request three minutes to speak about our 18 colleagues who were taken into custody. Several lawyers were kicked, myself included.” “1130 jurists asked to be present at this hearing. We wanted to hold a press conference with over 100 lawyers.”

Murat Timur, President of the Van Bar specified that several unfair dismissals were ordered by decree. “Nuriye and Semih have become the spirit of all those who have suffered these injustices. We are here for a reason. Do not lose your conscience. You have a great duty, for the persons on whom you are passing judgment are heading toward death, step by step.”

Veli Küçük President of the Adana Bar, said that “tolerance to diverse voices is a richness”, and added “My clients are targeted because they are resisting a culture of enslavement.”

But we will not forget the way in which the police repressed the crowd of demonstrators, as usual, and manhandled a certain number (today at 13h30).

Seen here : a photo taken by phone and drawings by Tarık Tolunay that have circulated on social media.