The Strange French Affair of the Wolf, the Simit and the General 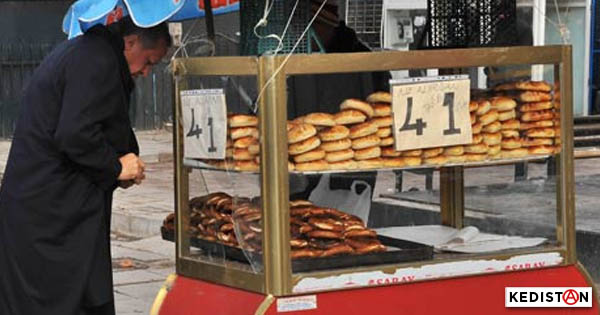 Wasn’t it one of your royal first ladies who said “if they have no bread, let them eat brioche”?

Apparently, this is top of the news in Turkey. Your minister of strange – I mean, foreign – affairs should be coming over shortly to do business with our government. Will French brioche soon replace the simit?

Yes, I mention this because I must look out for eyes and ears from now on, if I don’t want to become the most senior prisoner in Silivri. So, let’s talk baguette, brioche, chocolatines… and society gossip.

What a strange affair par excellence than those more than fifty days of imprisonment for the young journalist some of your papers recently described as a “beginner”. Poor boy. For a beginner, he’s beginning with something that some experienced ones have never known, so well ensconced are they in their comfy newsroom seats. And since he seems to like color, and the wolves we appreciate over here tend to grey, he’s in a bad way.

If I understand correctly, all of France will be suspended to the ink in the minister’s pen used for signing contracts…Do you happen to know what your former Breton General is offering Turkey exactly?

Usually, the previous French President or his ministers always had warplanes up their sleeves… But maybe Erdoğan is the one with things to sell? When he married off his youngest daughter, he introduced a “weapons specialist” in the family circle. And I believe I’ve heard that France wants to weaponize his drones…Hm, I’m a sharp tongued one, but it seems to me I read this in your Paris Match, and elsewhere too.

So, “will exchange a brand new modern bureau, barely used, for military expertise at reasonable cost”, that should make a nice ad.

And just imagine for a moment, that they’ve both been waiting for this promising meeting to pull the chestnuts from the fire…One lands a contract for his son-in-law, and the other one appears in France as the Breton General who had a “journalist” liberated and pulled up the falling ratings of the young resident in the French Elysée… 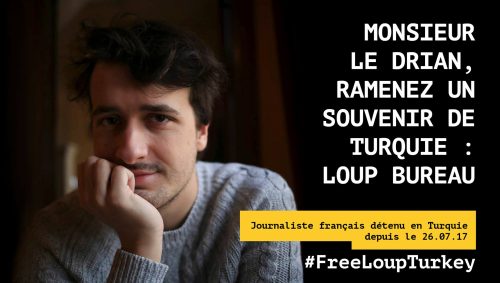 But as I’ve said, I stay clear of politics.

My gossiping is sometimes cynical for a woman my age, I’m told. Some call it “demoralizing”.

However, I wouldn’t want to leave the impression that I make fun of what journalist Loup Bureau (play on words Loup = wolf in French) endures in our isolation cells for “terrorists”. First of all, because he’s far from being the only one suffering that fate, far from the only one wasting weeks, and for some years of their life, simply because they still have a conscience…

Perhaps if his cage were to open, other birds might also escape? And, once free, perhaps he would carry the voices of those he would be leaving behind? Judging by a few of his predecessors who, when they don’t keep silent, speak of no one but themselves, I always wonder a bit on that score… But the young man has guts from what I’ve seen, and they’ll have a hard time buying him off…

Here I am playing the chatterbox and meanwhile, others are being caught and sent up for trial…

Soon, when looking for an excuse to hang up the phone, we won’t say “I have dolmas on the stove”, but I have a contract on the bureau…