Germany • The Spy that Came from Ankara 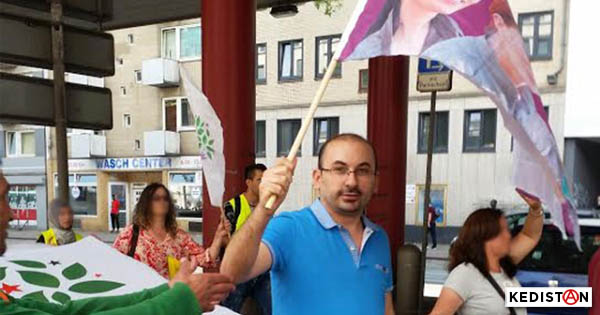 The trial against a Turkish national accused of spying will open in Hamburg on September 7.

An investigation into MIT activities in Germany was opened following articles published in German media relaying concerns about the MIT (Turkish intelligence) manipulating public opinion through false information taken from a document of the Organization for the Protection of the Federal Constitution.

The Welt am Sonntag Aval also relayed information collected from the intelligence authority, claiming that close to 6000 agents linked to the MIT were regularly informing the Turkish intelligence agency on members of the Turkish community.

In Germany, investigations of 20 Turks suspected of being MIT agents are active at this time. None of them have admitted so far. The German judiciary is thus paying particular attention to the trial of Mehmet Fatih Sayan. For Sayan, presently under detention, admitted taking orders from two MIT members, named “Kemal” and “Ahmet”.

In November 2016, he revealed that assassinations had been programed by the MIT, targeting Kurdish leaders, notably Remzi Kartal, Co-President of Kongra-Gel (Kurdistan People’s Congress). Following these revelations, Mehmet Fatih Sayan was arrested in Hamburg by the German police on December 15 2016.

The first hearing in the six trials concerning these matters will thus begin on September 7 in Hamburg.

In all likelihood, this trial could last until mid-October and a 5-year jail sentence is demanded for Sayan. The accusation, prepared by the Federal Prosecutor, specifies that Sayan, aged 32, has worked for Turkish intelligence since 2013 and was paid some 30 000€ for his services..

During his sessions with the police and the judge, Sayan is said to have provided important information. According to yesterday’s copy of the weekly Der Spiegel, Sayan, turned himself over to the immigration services in Hamburg on December 12 2016 asking for asylum, following information published by the paper Yeni Özgür Politika and picked up by other Kurdish media.

The media also report that he was put into custody when, during his asylum request, he explained working for and being paid by the MIT. During his interrogation, he explained he landed in Düsseldorf from Istanbul on December 5 2016, 7 days before his arrest. He provided details of his meetings with MIT members in Ankara, and said he was in constant contact with two members named “Kemal” and “Ahmet”. Adding that he kept up the communication by email, saying « when I had important information, I wrote that I would be bringing them some chocolate ».

During the auditions, Sayan also said :

“They paid me a monthly amount of 1500€. I was paid from hand to hand when I went to Ankara. To this day, I’ve been paid a total of 30 000€. In Ankara, I would go to a café favored by the elite, I’d settle in at a table, I didn’t pay the bill. The waiter knew me anyway. During a meeting I had with MIT members they said, go back to Germany and recruit two young Kurds so that they’ll beat up the deputy of the Green Party Cem Özdemir at a demonstration. They ordered me to have him molested. »

In February 2017 Mehmet Fatih Sayan recanted the testimony he had given to the BKA teams (Federal Criminal Police Office) and entered a totally different testimony, still to the BKA.

“I was employed by the Gulenists. They told me to infiltrate the Kurds and gather information. »

The same media add that Sayan’s passport contains entry and exit stamps from Rumania, Poland and Ukraine during a period when he had told his companion that he was residing in a luxury hotel in Ankara. The investigation also shows that he wanted his girlfriend to act as an agent infiltrator in Kurdish women’s movements for a monthly fee of 5000€ , a proposition she turned down.

The trial thus runs the risk of being filled with contradictions and denials.
At a time when German nationals are arrested « for political reasons » in Turkey, bringing to 12 the number of German nationals or bi-national detainees such as journalist Deniz Yücel, one can imagine there is a tit-for-tat involved between Erdoğan and Chancellor Merkel.

One can wonder what the next move will be, considering the numerical importance of the Turkish community in Germany, and its role in exercising political pressure on the upcoming elections – as slyly underlined by Erdoğan in his comments.

Germany cannot afford to play it solo politically in the tangled web of European troubles around migrants and anti-terrorism.

We will follow with that much more interest the developments in both these small and big matters that are not only a thorn in the Berlin Bear’s side but also inter-connected with the detention of French journalist Loup Bureau, among others.