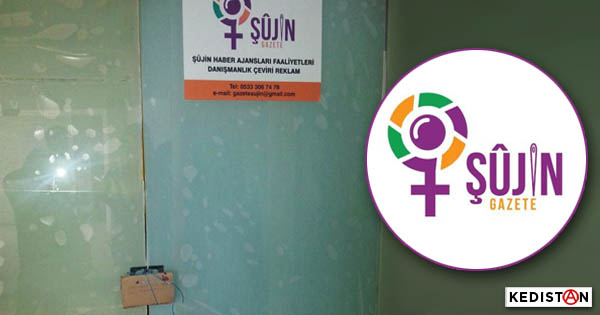 Şûjin, the feminist newspaper, has been banned and shut down, following the promulgation of decree n° 693 on August 25th. Şûjin’s offices and those of the news agency Diha, also forbidden by decree, have been placed under seal.

In December 2016 we had announced the birth of Şûjin, a source for feminist information, whose team was entirely composed of women. Şûjin was founded in the tradition of the Jinha news agency founded in March 2012 (you are familiar with one of its co-founders : Zehra Doğan) , and after it’s closing down by decree on October 30th 2016, along with a score of other opposition medias.

READ ALSO “Şûjin” the feminist newspaper with the tongue that stings

Şûjin like Jinha, adopted an editorial line centered on information concerning women and used an anti-patriarchal language (that Kedistan gladly borrows from them). 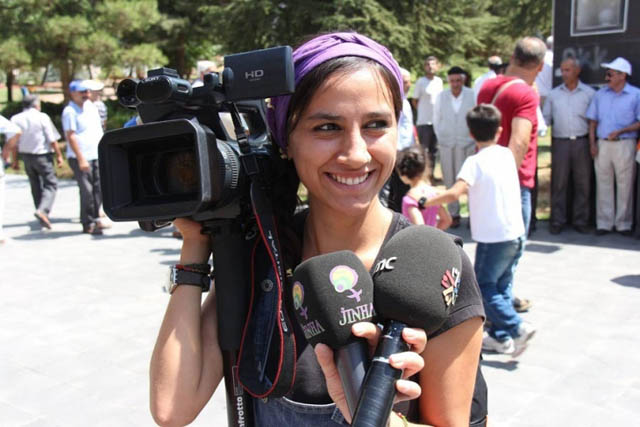 Beritan Elyakut, one of Şûjin’s contributors says : “Şûjin was targeted and its contributors threatened because it put the emphasis on women’s struggles and brought to light the numerous assaults against women, within the family circle, in their professional life, in other words in both the private and the public sphere. We are perfectly aware of the reasons why our newspaper was closed down. But we will not stop opening our eyes and ears and we will continue to display and denounce everywhere the injustices, the violations of rights, the assaults and the abuses. »

Beritan underlines the fact medias are subjected to intensive attack under the state of emergency.“We gathered on the day of closing and we decided to continue our work as journalists and to relay the information we collect in news agencies, as well as on social media. None of our friends backed out and that was very exhilarating. »

“The closing down of medias such as ours is done in order to silence journalists, just as in the 90’s, in order to block the circulation of information relative to the Southeastern region, notably in the western part of the country, » says Beritan. “Had we not been there, no one would have known how Kemal Kurkut was killed in the midst of the Newroz celebrations, the tortures committed against the population of the entire village of Şapatan, and the assaults and sexual abuse… In fact, these exactions would have stayed hidden, kept under wraps, and would have multiplied as a consequence… »

We existed, we exist, we will go on existing !

In Kurdish, şûjin means “the big sewing needle » the one used for heavy work, for example for bags meant for packaging… The name was chosen « to stick it into the tongue of mainstream medias ! »

The şûjin tool is a woman’s invention, and since şûjin includes the word jin, meaning « woman » in Kurdish, it was perfect to represent the newspaper.

Women who began their venture into self-defense with a needle, continue their struggle, even if the Şûjin paper has been shut down by the regime. Equiped with pencils and cameras, they will keep on pricking with the big needle where needed, wherever male domination, patriarchy, sexism, militarism, racism and specism show up.

Beritan insists: “In Turkey, the presence of a free press is crucial. We will continue our work ‘without concerning ourselves with men’s judgement’ as our slogan announces. » She and her comrades will denounce and point to every media and every attack targeting women, their life and their bodies.