On North Syria’s front line, the United States and Turkey eye one another

Kedistan publishing The New York Times? We’ll have seen it all… Between the lines, however, this article  reveals all the ambiguity of the American position, while describing a reality from another viewpoint than that of the Turkish army, for once.

The Turkish government has announced Manbij as its second official target. And to do the job, Erdogan has coalesced a motley assortment of factions assembled under the variable-geometry label of “Free Syrian Army”. Consequently, he had sent a clear message to the American troops in the region, demanding that they “leave” Manbij. This report indicates they have no such intention.

This is why alarmist headings talk of “possible confrontations”.

With no explanation  provided, Turkish aerial bombings have been less intense in the past 24 hours. Neither the Russians nor the Americans have issued any statements that might explain this. Erdogan talks of a necessary summit with Russia and Iran, with a date to be announced in due course. As for the Bachar regime, with their support, it has just re-launched another offensive against Idleb (in the northwest), and reinforced the bombing against the Ghouta enclave near Damascus, where more than 170 civilians have been killed. Murderous reprisals against the fact a Russian plane would have been downed and its pilot killed…

(Note on Friday February 9 at midnight: low altitude air strikes have resumed over the center of Afrin.)

Knowing that the offensives by Turkey and its Jihadist allies are getting bogged down because of the FDS’ strong resistance in Afrin and elsewhere, and that the diplomatic game is not favorable to Erdogan, still “an official enemy of Bachar”, we can only interpret the threats by Turkish ministers and by Erdogan as an attempt to play on the differences of orientation between the Pentagon and the Trump government.

This article cannot avoid the oh-so-American “homage to the troops and officers”. The notion that “Americans are at home everywhere” seeps through every line.   And the underlying message concerning possible differences between Arabs and Kurds, when it comes to the fighters, provides a cover up for the embarassment in the American position concerning “the terrorism of the PKK”. But what emerges from all this is that the American military is defending strategic interests here, that go well beyond respecting a coalition. The United States are playing a card in view of  Russian omnipresence in Syria and will not back down in front of  the pawn Erdogan.

This article will undoubtedly boost the morale of those American readers with a democratic fibre and allay the shame experienced in front of the images of Erdogan’s massacres. In that sense also, it is welcome propaganda.

Therefore, the forces in Rojava must not turn their backs on their “allies” who will undoubtedly demand accountability, vis-à-vis the Kurdish movement and its political project, when the time comes.

Peace in Syria is not for tomorrow. And Erdogan’s reboost gives everyone an alibi to move even deeper into political impasses or geostrategical claims, with their procession of victims and refugees. 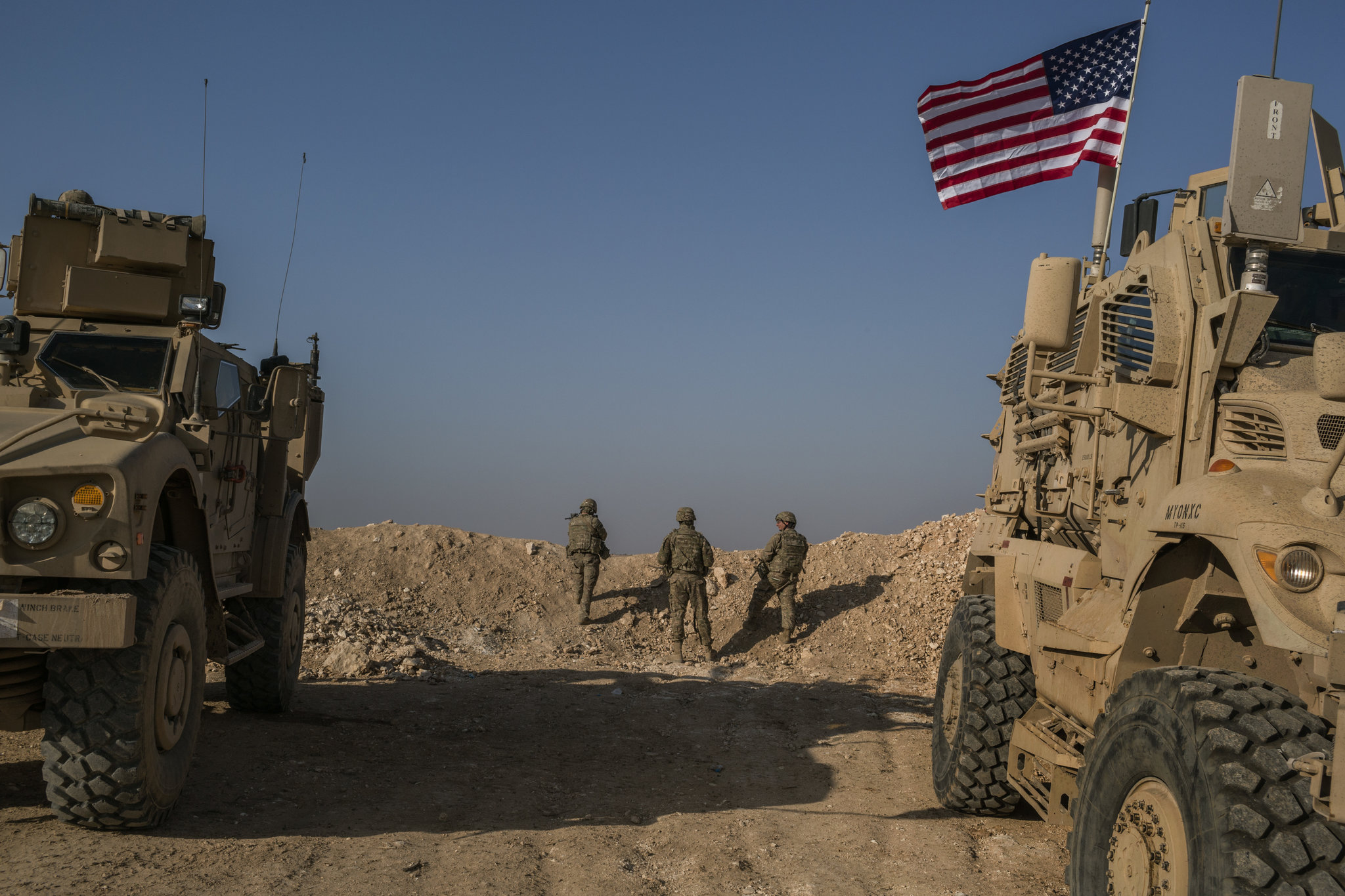 Published on February 7 2018 on The New York Times
By Rod Nordland
A correspondent and a photographer of The New York Times, traveling with American generals in northern Syria, visited a city where armed conflict is now possible between the United States and Turkey.

MANBIJ, Syria — Two senior American generals came to the front line outside the Syrian city of Manbij on Wednesday flying outsized American flags on their vehicles, in case pro-Turkish forces just the other side of the no man’s land, 20 yards away, did not realize who they were. […]
> Continue reading on The New York Times