Afrin • In the name of human happiness, you are under arrest! 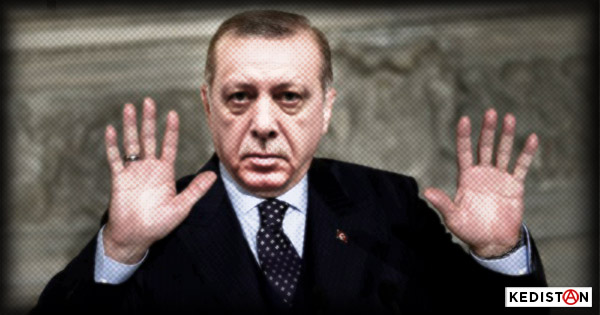 Because the social contract has been broken across the world.1 Indeed, according to many thinkers, mainly Rousseau among the ‘Lumières’ (the Enlighteners), the social contract uniting all members of a society can only hold if the stakeholders in the society have the power to legislate. Yet, we live in an organizational mode, the republican Nation-State, in which legislative power is separated from the people. And this serves as the basic paradigm under which we live: it is the foundation of a “representative democracy”. In such a system, legislative power is held by an elite class, the deputies, representative not of the people but, by nature, representative of their own reality, which is to say, that which has the greatest influence on them: their personal interests, economic lobbies and the interests of the social class to which they belong. At another time, we might ask ourselves if the social contract has ever truly existed in the history of Nation-States, since the very ones who theorized the necessary constraints to the social contract are the “founding fathers” of Occidental democracies, who do not answer to them.

Because power stands a chance not to be immediately perverted if, and only if it runs from the bottom to the top, and local confederal assembly structures hold executive, legislative and judiciary power, leaving administration to simple revocable delegates. [Libertarian municipalism]

Because those are the radically democratic foundations erected in Rojava, and notably in Afrin, on the basis of an ethics conceptualized by Emmanuel Kant and developed by the Kurdish liberation movement: a law taking its source in the full recognition of the human being, in the belief in the activity, dignity and quality of rational individuals who create the laws.

Because the full quote is “man is a wolf for man when he does not know who he is” (Plautus). Which is why a profoundly human society must have “a human face” and allow for meeting the other community actors “face to face” [Bookchin] through local assemblies of no more than 150 people with whom our brain allows us to maintain a stable human relationship.2“Dunbar’s number”: the maximum number of people with whom someone can maintain stable human relationships simultaneously, as estimated by the British anthropologist Robin Dunbar.

Because the deployment of the practice of assemblies is our best chance at guaranteeing the taking of ecological decisions, at the local and the global scale, along with inclusion of all kinds, of all ethnic groups, and all faiths, and the taking into account of non-human animals via specific committees.

Because as soon as we deprive a category of human beings from the power to legislate, whatever the reason for this distinction, we cease to recognize them as rational beings who can deliberate on “what to do” in whatever concerns them. They are deprived of all potential for action on life. They are considered like non-persons, un-living.

Because this is the foundation on which Nation-States rest, which only truly consider as persons those who have the power to legislate, or to intervene in this creative process.

Because Nation-States are the framework preserving the laws allowing the appearance of legal persons with powers greater than themselves, via their exaggerated power of influence on said legislative process.3“There is class warfare going on, this is fact, but my class, the class of the wealthy is conducting this war and we are in the process of winning it” dixit Warren Buffet, 2nd world fortune.

Because the presence of an inordinately unbalanced power was at the very origin of the creation of a representative government, the necessary condition for its birth, deemed too dangerous otherwise, no matter how equalitarian it may have claimed to be at the time.

Because yesterday’s industrial bosses and today’s multinational firms are, by their vested interests and omnipotent influence the true governors of the prison-ship on which we are all condemned to struggle at their feet, the one whose steel hull applies the legal requirements delivered by the State they have set up, heaving and drifting on the deadly waters of the individual corruption of local representatives.

Because this ghost-ship is headed by a soulless one, a concentrate of death impulses stemming not from human beings but from a dumb mechanism that has spread faster than the plague across all spheres of human life on earth: the reduction of costs in order to better serve the financial market. From this springs the savage competition to be the one raking in the most profits, from there infinite growth in a finite world. An age-old curse initiated by a sorcerer’s apprentice: man, and now landing on his head. A Pandora’s box that never ceases to haunt us.

Because the Nation-States, through cajoling and their monopoly on organized violence, are the main actors of our subjection to the inequalities of access to resources, giving us the illusions of participating in the maintenance of the jails constituted by state borders and in the maintenance of economic distinctions they feed and protect.

Because politicians taking part in Nation-States place the interest of the peoples at the service of their personal glory, as well demonstrated by the self-proclaimed Sultan-Khalif and his ever so obliging French counterpart, known as “Jupiter”, two examples that satisfy a rule with no exceptions.

Because the interest of those who preside these democracy mascarades often find themselves intimately linked with those of the leaders of multinationals. Sometimes, State interests combine with the personal interests of the heads of State and turn into hard cash in their noble pockets. In one specific instance, the President’s son-in-law happens to be Minister of Energy, thus allowing for the enrichment of his family through trading in oil with ISIS.

Because we must stop blindly believing that there are benefits to the centralization of power and social wealth in other hands than our own. Claiming that the excesses of the pyramidal power structure can be ignored, given the decisional benefits flowing from it, amounts to legitimizing the death by malnutrition of 3,5 million children per year and the murder of hundreds of thousands of human beings, in a world producing largely enough to nourish its inhabitants and capable of providing them with conditions allowing their access to happiness.

Because it is in this overall context, one in which humanity’s main expenditures are weapons and advertising (in an attempt at self-persuasion), one in which Turkey is the second power in NATO with 720 646 active forces and weapons drawn from very profitable European expertise, one in which the Turkish army is stomping on the greatest attempt of this beginning of the 21st century to supply the bases for a rich and secure life for all humanity in centuries to come, with no limitations caused by social or ecological destruction.

Because at this very moment, we are witnessing a crime against humanity in Afrin, as designated in the following description:

Any one of the following actions committed in the framework of a generalized and systematic attack launched against any civilian population in full cognizance of this attack:

a) Murder
b) Extermination
[…]
h) Persecution of any group or identifiable collectivity for political, racial, national, ethnic, cultural or sexual motives.
[…]
k) Other inhumane acts of a similar character intentionally causing great suffering or grave breaches to physical integrity or physical or mental health.

The first reports attest to this, images and videos showing the death and wounding of scores of children, women and men among the civilians, because they are Kurdish or simply because they find themselves in Afrin, as happens to be the case for hundreds of thousands of refugees and internally displaced Syrians.

Because this is not a novelty. One of the first uses of this indictment was against the Armenian genocide, executed by the Ottoman empire to which Erdoğan refers so often.

Because in Turkey, negationism of the Armenian genocide is institutionalized, as a refusal of all “denigration of Turkish identity” (known as “turcity“). This was the reason why the writer and Nobel Prize winner Orhan Pamuk was brought before justice for having declared: “One million Armenians and 30 000 Kurds were killed on these lands, but no one other than I dares say so.” The repression against the Kurds is also institutionalized since it is a consequence of the establishment of Turkey’s frontiers in the Sykes-Picot agreements signed by France and Great-Britain, and that consideration of the Kurds as sub-citizens was recognized by the President in 2009, after 85 years of denial. The ban on the Kurdish language, commonly spoken by 20 % of the population in Turkey, is still in force.

Because this repression keeps on accelerating, notably since the 2016 coup d’Etat, opening wide the field to an unstinting tracking of pro-Kurdish opponents, be they intellectuals, artists, PKK militants or not. Against the whole background of exacerbated nationalism, which does not fail to remind us of “the darkest hours in History” provoked by a famous mustachioed-one who also referred to the Ottoman empire in his extermination methods against all who were not recognized by the national-state.

Because this attack is in the context of a conflict ongoing in Syria for the past 7 years, a civil war that has no further interest than to serve the imperialistic fervors of the traditional super-powers and their respective alliances, including fascist fundamentalists devoted to their profits with no ethics whatsoever. I refer you here to Dilar Dirik‘s excellent article   [published by ROAR ] : “The offensive could not have been launched without Russia’s agreement, as it controls the air space above Afrin, as well as the consent of Assad and Iran. […] At the same time, the United States […] remain silent on the ambition of their NATO ally to sacrifice the heroes of the war against ISIS.” The Syrian people have nothing to gain, having already lost everything in this civil war now turned into a “grey zone” allowing for the USA’s “petro-business as usual”, or the immoral commercial exchanges, no matter how devastating they may be to ecology.

Because the struggle for the liberation movement is certainly not without faults and contradictions, but it remains the greatest attempt at giving life to libertarian ideals in the world, and it puts these demands on view in transnational diplomacy, forcing the leftist forces across the world to better define their ideas, to develop ideologically so as not to remain in the wordless confusion that capitalism and its agents have managed to impose on them.

Because the lack of human dignity, representative of this ruling system, goes so far as to make an open reference to “1984” by calling this military operation “Olive Branch”, in the manner of a dystopian super-dictatorship, falsifying its abject reality even before re-writing the course of history. In speaking of the attempt at libertarian communism of 1936, Orwell said: “Homage to Catalonia.” Let’s re-establish his heritage and cry: “Homage to Rojava.”

In the name of human happiness, we arrest you, “democracies” that no longer bear anything other than the name, whether you be Occidental, Oriental or from elsewhere.

In the name of human happiness, we arrest you, Recep Tayyip Erdoğan, you, your megalomania, your autocracy and your clannish logic.